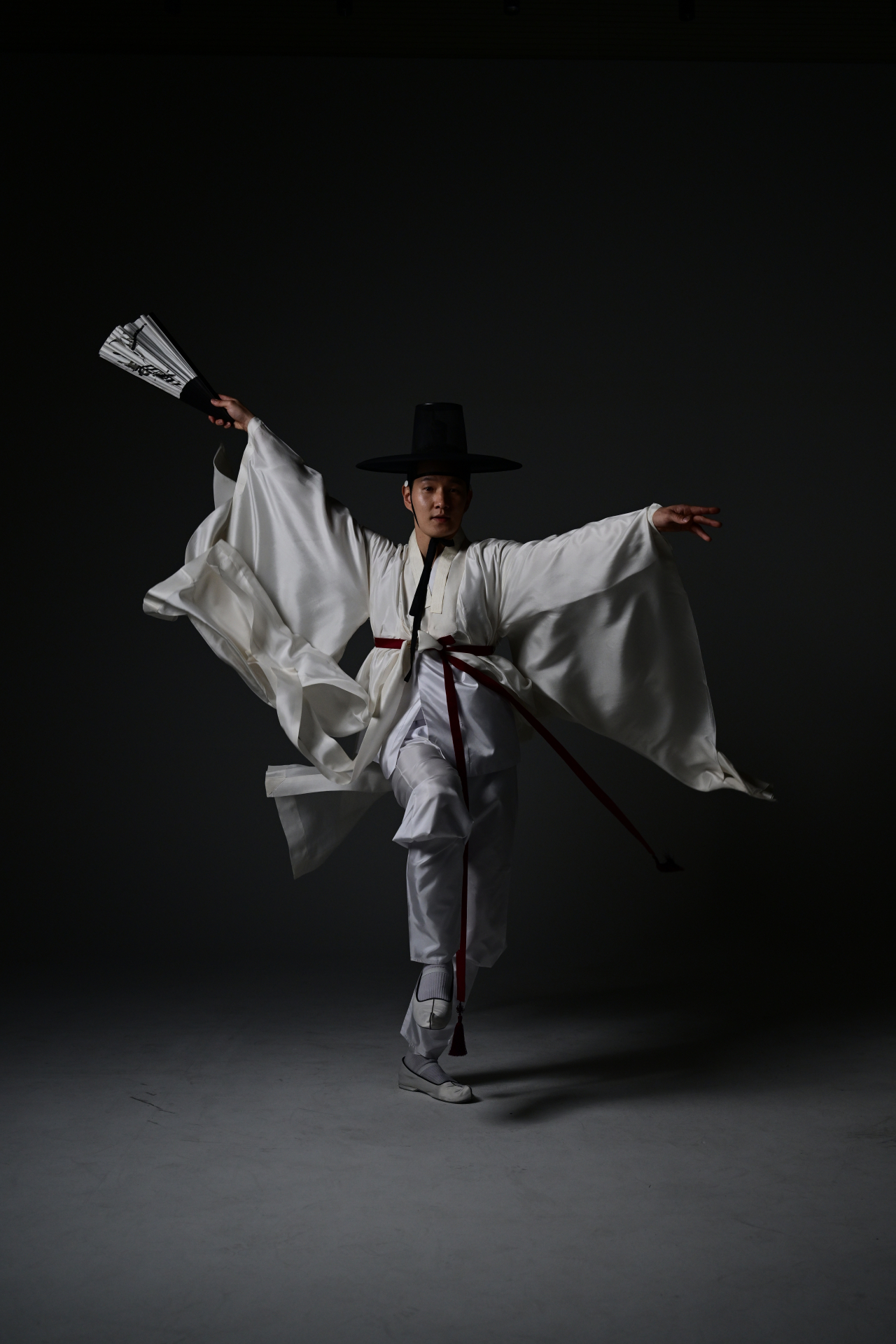 How would "seonbi," Confucian scholars during the Joseon era (1392-1910), have fun, if they lived today? As a response to his curiosity, Hwang Tae-in, 35, created “sansunoleum,” a reinterpretation of “hanryangmu.”

The word "hanryang" has had different meanings throughout history, ranging from those who retired from public office to those trying for a military position, but today the word is used to refer to unemployed or carefree people.

The hanryangmu dance is usually performed by men who wear "dopo," the robe Joseon gentlemen wear, and "gat," a Joseon period hat worn by nobles.

In hanryangmu, the dancer shows his masculinity in careful steps and gracious swings of his arms. He also slowly wields a fan, as if dealing with a sword. 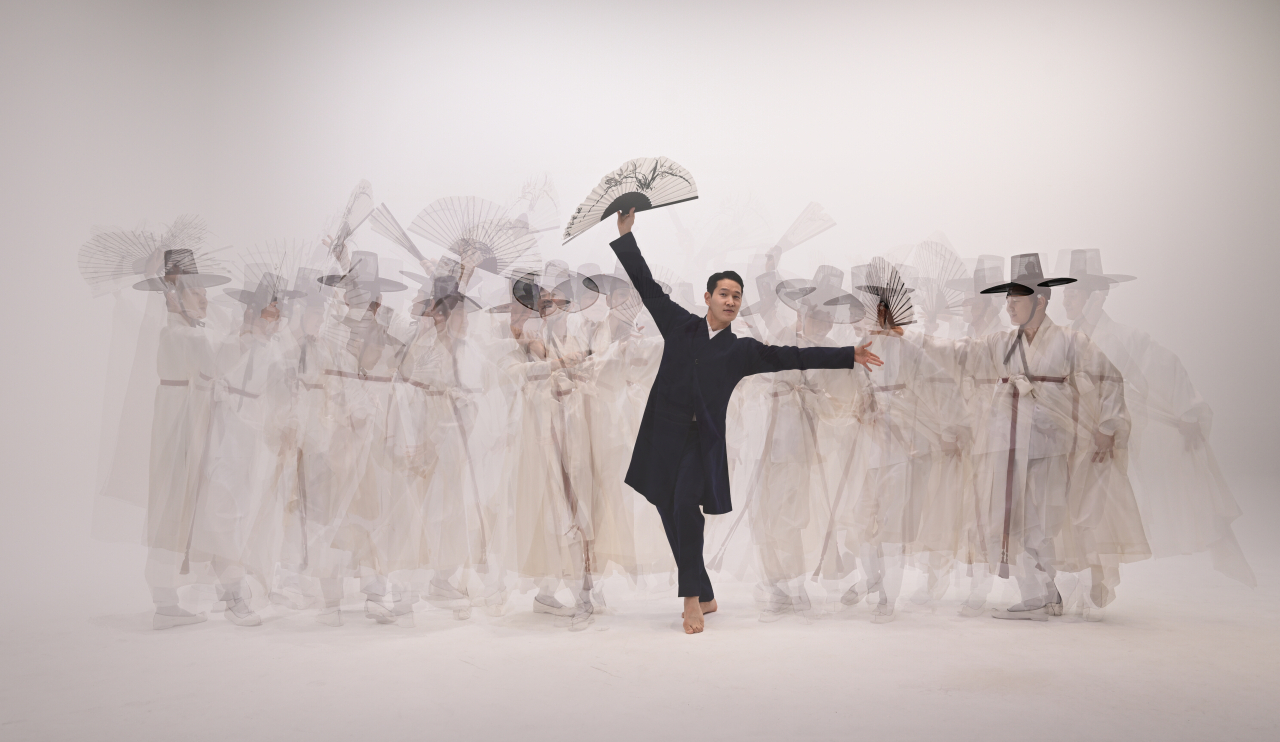 Hwang, a dancer of the National Dance Company of Korea, re-created the traditional dance as a routine for two dancers, who sometimes wear modern suits for gentlemen instead of dopo, while dancing.

Features of the original hanryangmu remain but the new dance should be something the dancers can enjoy so as to please the audience, Hwang says. 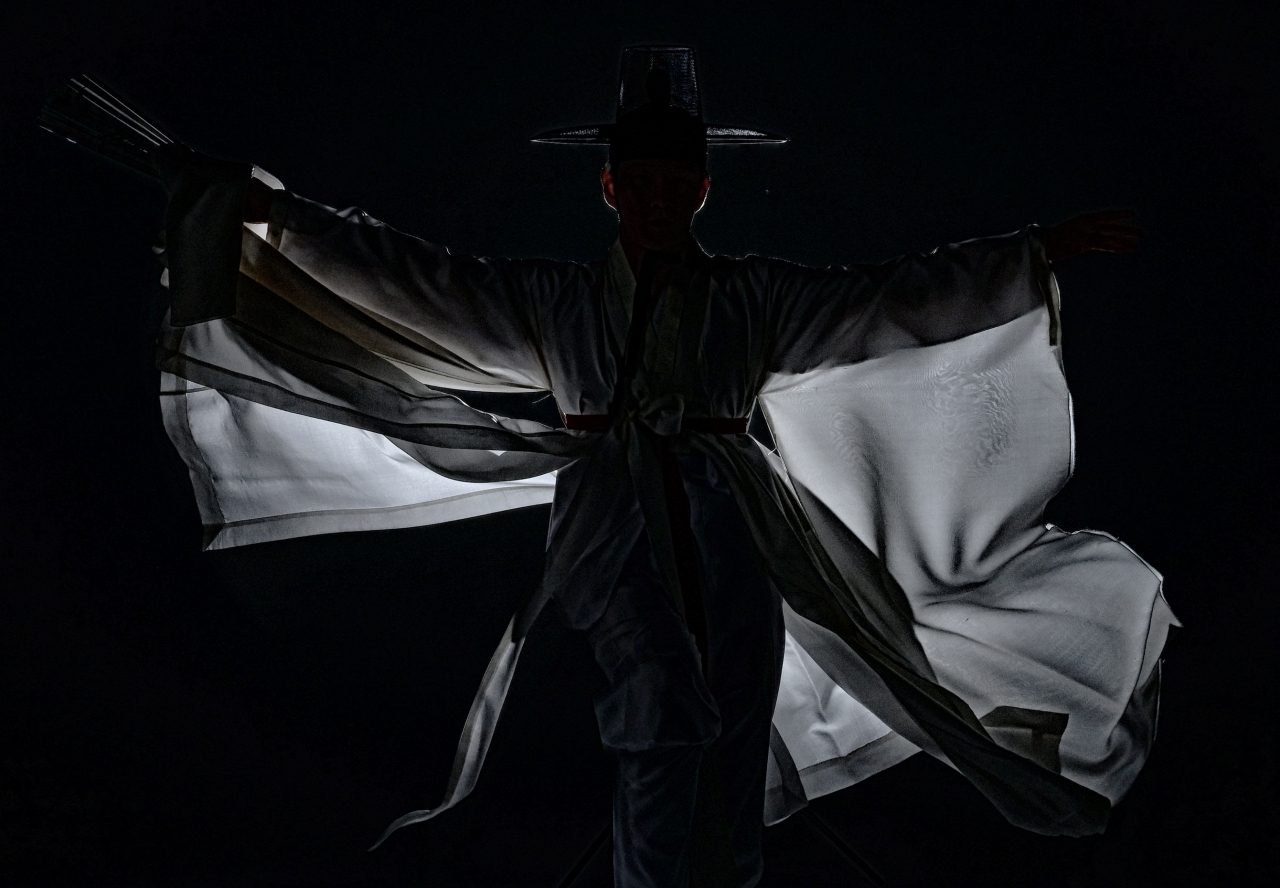 He selected bright-colored robes such as those in pink and mint to express youth. The fans are decoarated with flower patterns, adding a feminine touch.

Sansunoleum is one of his various experiments to break the prejudice that traditional things are “difficult and boring,” all the while continuing to help familiarize the audience with traditional dances and appreciate them. 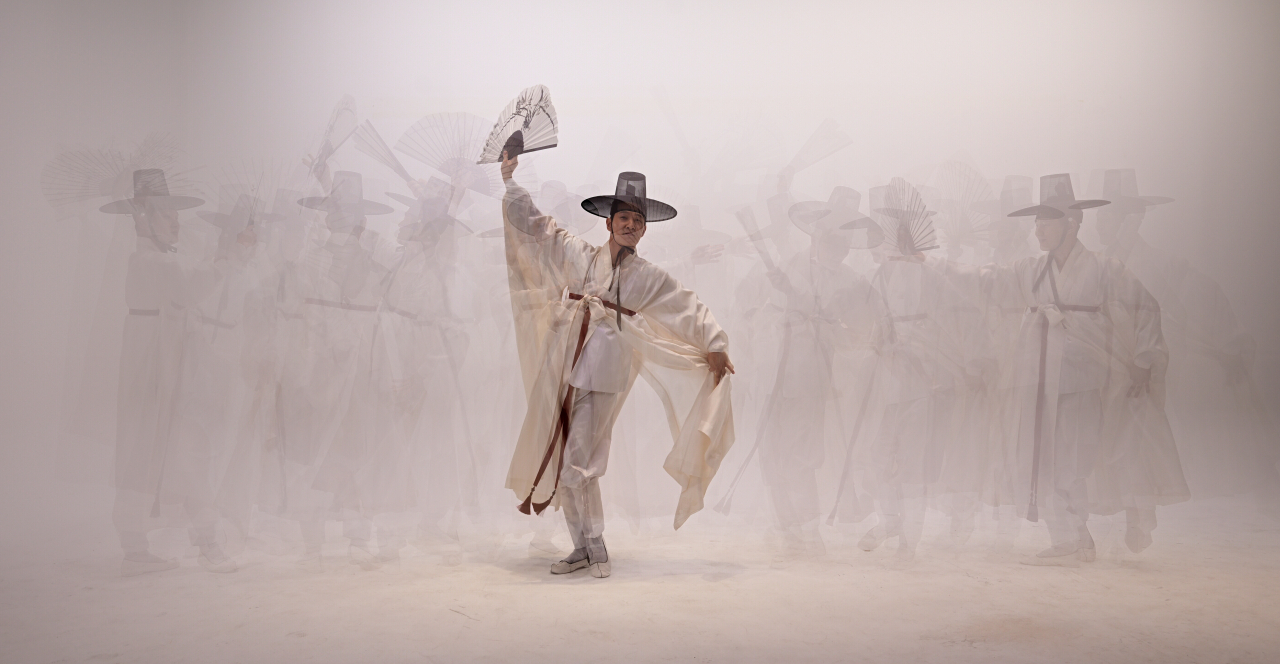