[Eye Plus] Splendid Dancheong, the beauty of Korean art 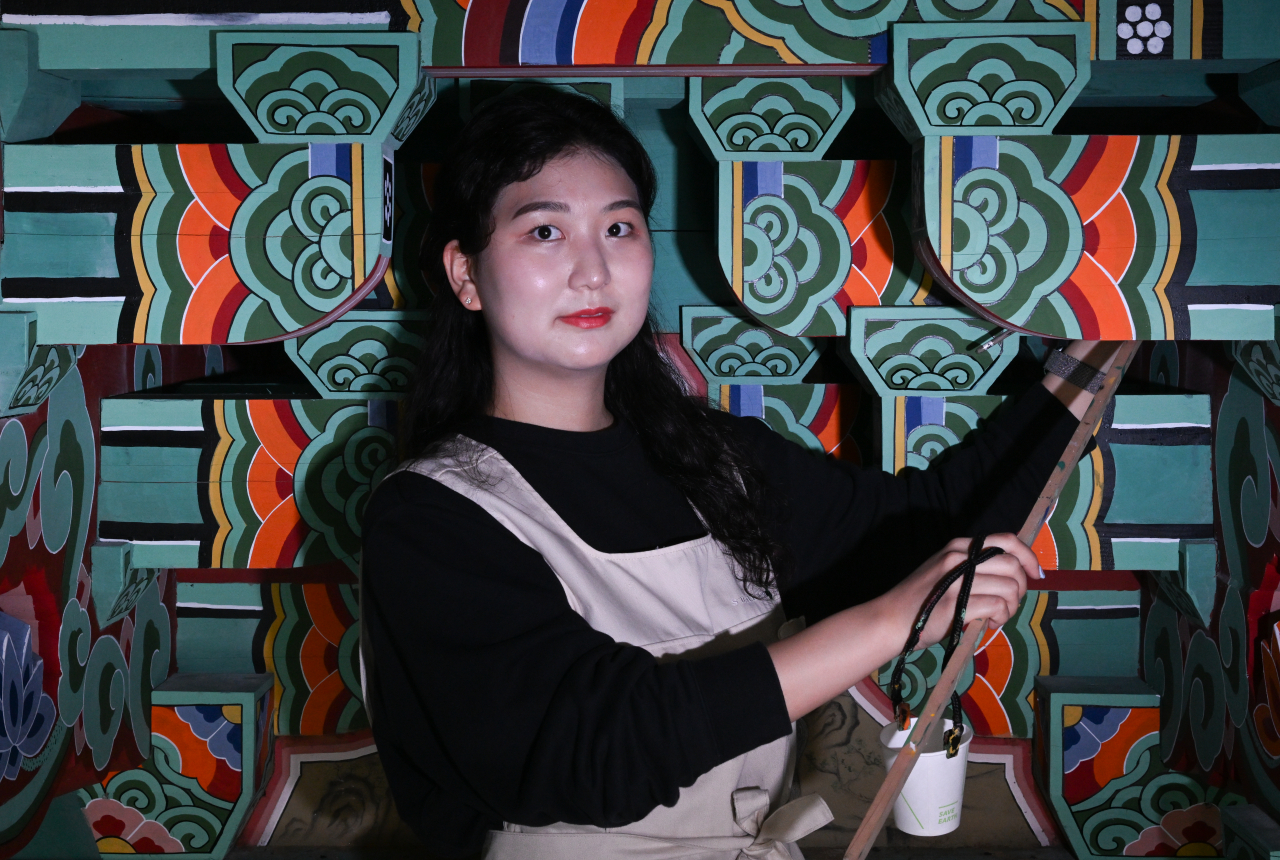 In the old days, Koreans were known for revering the color white. They enjoyed wearing white clothes that they thought symbolize peace. But when it came to paintings and crafts, they were all for variety.

Cho Sun-hwa, a student of traditional art, is mesmerized by the use of bright, bold colors and patterns found on traditional artifacts. She sees unique beauty in Dancheong -- the traditional Korean decorative coloring on wooden buildings and artifacts for the purpose of style. 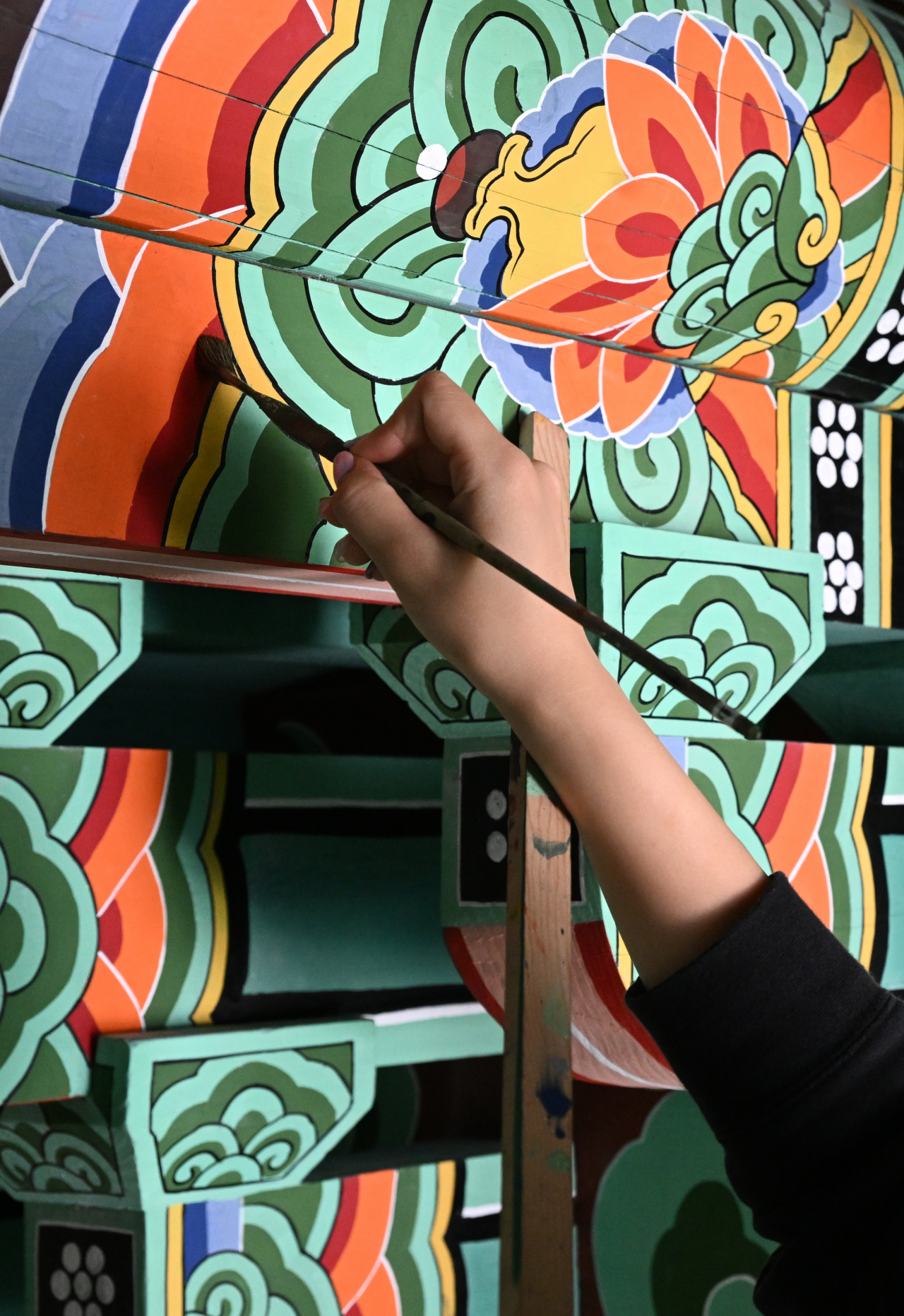 A fourth-year student in the Department of Traditional Arts and Crafts at Korea National University of Cultural Heritage, she introduces herself as a major in “the beauty of Korea.”

“Some people would say it’s a cliche. But I think there is such a thing as ‘Korean beauty’ in traditional paintings because they use a wide range of colors, as well as materials and subjects that you can only find in Korean traditional art,” she said. 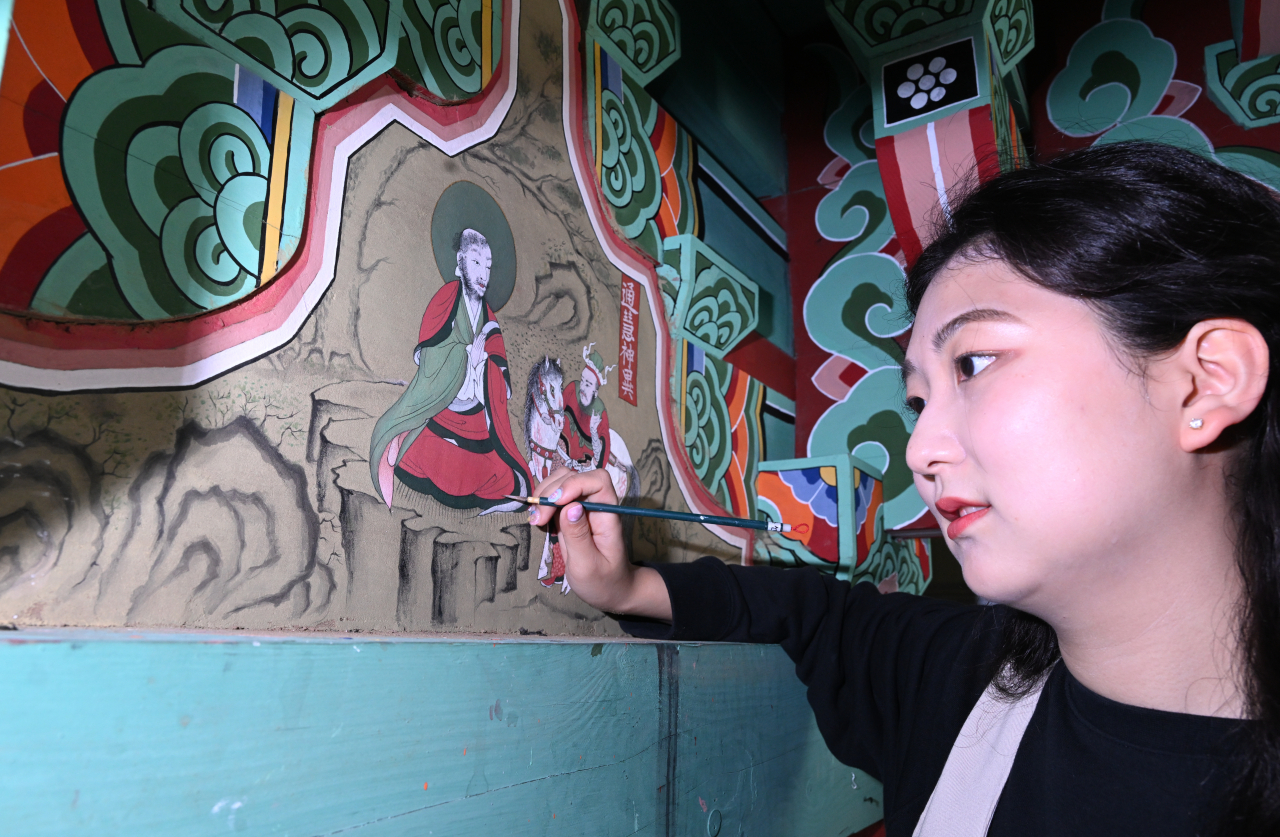 Classes of the traditional arts major of Cho’s school are divided into four subjects. They include Gungjoong Chaesaekhwa (paintings of the royal court), Bulhwa (Buddhist painting), Janghwang (painting mounting) as well as Dancheong.

“I think these works are the first step toward national intangible cultural heritage to express the beauty of Korea,” she said. 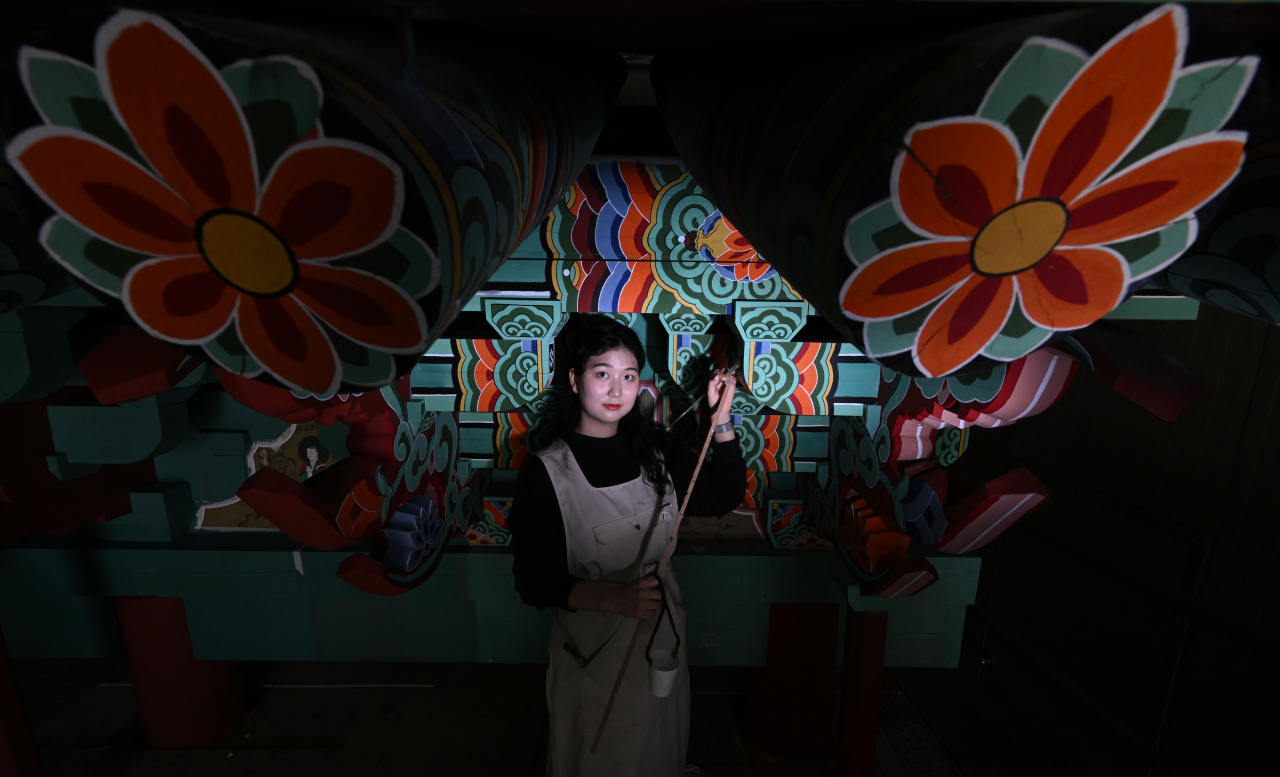 More specifically, her fascination is in the deep-color pigment Seokchae. It is a paint made of stone powder extracted from colored minerals.

“I want to spread the charm of traditional painting to people not only in Korea, but also around the world using Seokchae. My goal is to create my own artwork with it.”