[Herald-Pioneer Essay Contest] Stakeholder Perspective: How and Why it Contributes to the Maximization of Benefits and the Minimization of Negativities of Globalization 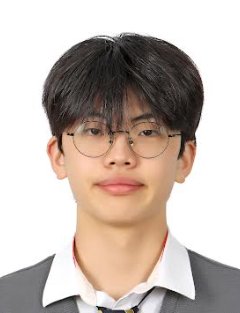 Below is a winning essay from The Herald-Pioneer Essay Contest. -- Ed.

Globalization is an international process of growing the interconnections between different economies, societies, and cultures. It has been rapidly accelerating over decades by the efforts of global leaders. In this essay, the CEOs of corporations with immense authority are considered global leaders. From these people, the world has economically benefited. However, excessive developments also contained peril that led to several negative externalities like child labor and environmental destruction. For example, the fast fashion industry companies such as ZARA have created a business model that supplies massive clothes with cheap cost enhancing the job opportunities of underdeveloped countries, yet the industry also caused significant environmental destruction and child labor (Chana, 2021). The goal of the 21st century lies in how the global leaders in corporations can maximize their profits while minimizing the negative externalities so that these developments can contribute to a better globalization. To do so, global leaders should create business models that embrace the stakeholder perspective by achieving societal expectations while catalyzing potential profits through marketing and brand reputations.

In the 1980s, an economist named Milton Friedman introduced the shareholder perspective that the responsibility of the corporation is to maximize the profit (Corporate Finance Institute, 2022) For more than 20 years, this idea has been influential to corporations. However, the rise of interest in ethics and the development of media created the stakeholder perspective by Edward Freeman that shareholder is one of many categories that corporations should care about (Eskerod, 2020). Government, the general public, customers, and media are included in the stakeholder perspective, and what they value is the social initiatives of corporations. According to the Western Governors University, “43% of consumers have stopped buying from brands they find unethical and 71% say they carefully consider corporate values when making a purchase,” (Western Governors University, 2021). The reason why the importance of corporations’ ethical values to the stakeholders relates to globalization is that the detrimental effects of globalization are exactly what the stakeholders want corporations to resolve. Due to the rise of social expectations towards corporations, they have become more vulnerable to ethical scandals, which could potentially lead to damage in their brand reputation and profit.

The epitome of ignoring social initiatives to maximize profits was Nike, the world’s biggest footwear and apparel corporation. They experienced an economic failure due to their usage of underpaid labor and child labor to lower the labor cost (Forbes, 2001). Through lowering the labor cost, Nike tried to maximize their profits. However, in the 1990s, Nike faced an international boycott campaign that was initiated by several disclosures from the media for abusing human rights and using child laborers (Birch, 2012). Through the growing power of the media at that time, the scandal spread internationally; and customers around the world started to protest and boycott Nike’s products for several years. According to Forbes, Nike’s revenue fell by more than 8% and its stock lost more than 15% of its value (Forbes, 2001). From this, it is evident that solely focusing on the shareholder perspective can cause severe consequences in financials and reputations, which cannot be recovered easily.

The critics of stakeholder perspective might argue that although stakeholder perspective can diminish the risk of the backfires, operating corporations mainly based on following the societal values will not generate enough profit to sustain corporations. It is indeed true that without profit, no corporations can self-sustain. However, numbers in financial statements are not omnipotent. Other factors such as brand images significantly impact the potential growth of corporations. In the globalized world, media is a crucial tool to shape brand image. Building a positive brand image and marketing the image in the right way through media catalyzes the potential profits.

A great example of this strategy was used by Elon Musk, the founder of SpaceX. On February 27, 2022, Elon Musk provided Starlink stations in Ukraine who were under attack by the Russian forces. The Starlink stations supported Ukraine to restore their disrupted internet services. The Minister of Digital Transformation of Ukraine showed thankfulness to SpaceX for their support through Twitter. From this, the Starlink station service was put under the spotlight and the public showed respect towards Elon Musk for the donation of his technologies. Although there isn't a financial statement to display the dollar figures that SpaceX gained from this incident, there are various long-term benefits they took globally by embracing the stakeholder perspective — resolving a national problem. Those benefits include building good brand reputations and receiving attention from the public as a growing corporation. Therefore, in the future when SpaceX officially launches, various customers will generate significantly more profits than they originally expected.

Just achieving social expectations is not enough. There should be a business model that can market their brand image through media. As the power of media grows immensely, corporations should deeply analyze how big data and algorithms work inside media. If they successfully be on top of algorithms in the media, the information that corporations reveal will spread naturally through word of mouth. If the information consists of social initiatives, a positive brand image will be created. Although stakeholders seem more irrelevant to their stock than the shareholders, stakeholders include a variety of people who can potentially be their customers and investors. Therefore, the media fostered by the opinion of the general public can guide corporations to have further investors and potential customers. In the long term, as more corporations focus on minimizing the negative effects of globalization while self-sustaining through generating profits, economic growth will follow, thus maximizing the positive effects of globalization.

In conclusion, what future global leaders should consider is not only profit maximization but also the stakeholder perspective. It is necessary to embrace the stakeholder perspective because what stakeholders want from corporations is to resolve their negative externalities, which are also the negative effects of globalization. With corporations creating business models that can achieve social expectations and earn profit through utilizing media, our world will successfully be able to minimize the negatives of globalization and maximize the benefits of globalization.