H.eco Forum to discuss ‘Climate Crisis and the Ocean’ 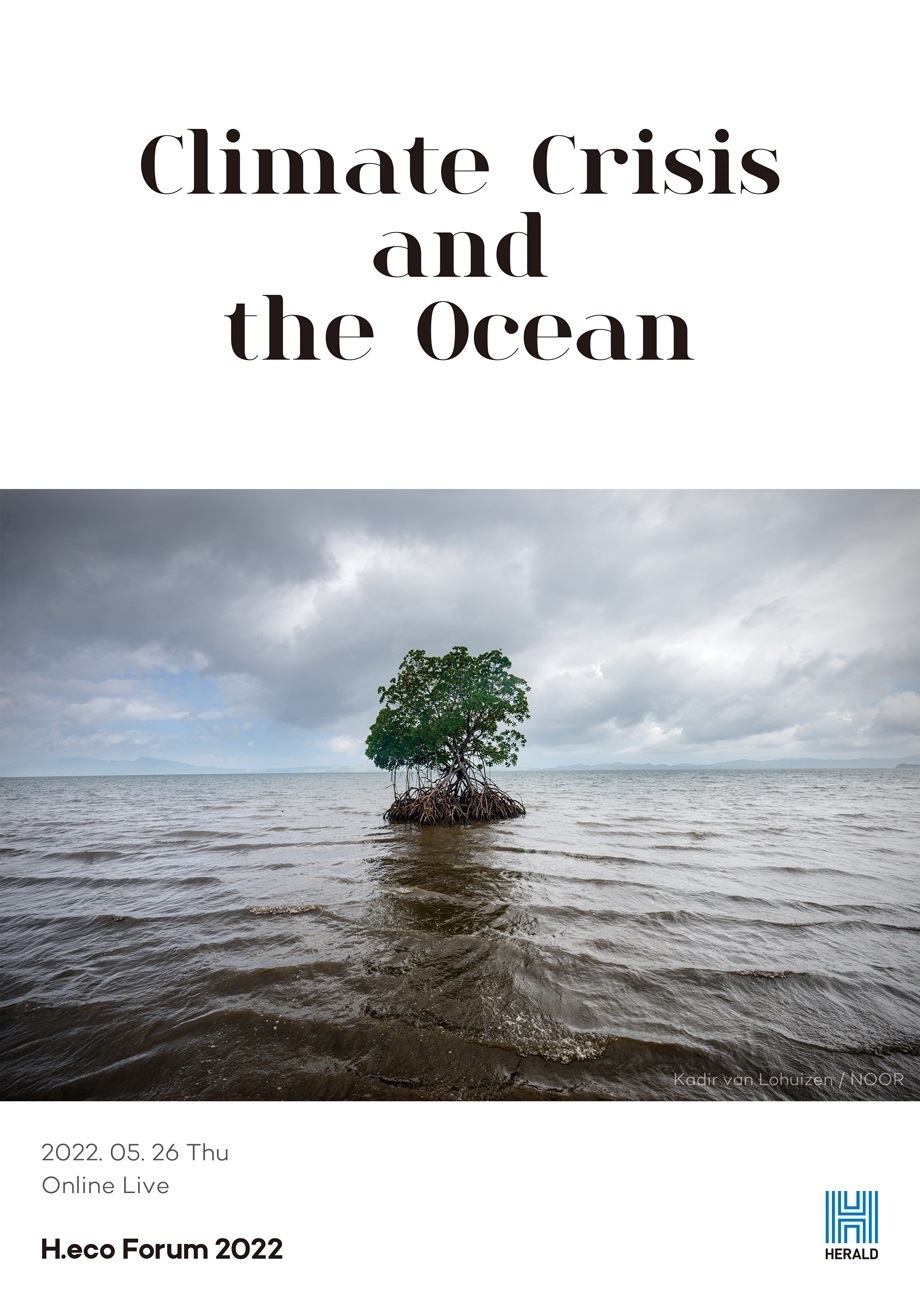 This year’s H.eco Forum, held under the theme of “Climate Crisis and the Ocean,” is to shed light on the risks our oceans are facing and the possible consequences for humanity.

H.eco Forum, launched last year, is an annual event designed to bring awareness on climate crisis. It invites environment experts in and out of Korea, serving as a platform for discussions.

The upcoming edition of the forum will take place at Multipurpose Hall on Nodeulseom in Seoul, Thursday, featuring respected scholars and activists, who are on the front line of battling the environmental crisis. They will deliver speeches and give talks on the current condition of oceans, global warming, overfishing, pollution, marine litter and more.

Herald Corp. CEO Jeon Chang-hyeop will kick off the daylong event with welcoming remarks, followed by the screening of video series “Last Sea,” a production by the video journalism team at Herald Corp that discusses the death of whales and dolphins in waters surrounding Korea.

Sylvia Earle, president and chairman of Mission Blue and Anote Tong, former president of the Republic of Kiribati, will give keynote speeches.

The forum is divided into three sessions: “Rising Sea Levels,” “Changing Marine Ecosystems” and “Humanity and the Ocean.”

In the first session, professor Axel Timmermann, director of the IBS Center for Climate at Pusan National University, Henk Ovink, special envoy for International Water Affairs from the Netherlands, and photojournalist Kadir Van Lohuizen, co-founder of NOOR, will give talks, sharing their studies and experiences.

For the second session, Chun Seung-soo, professor emeritus of Chonnam National University, who played a pivotal role in having “gaetbeol,” or Korean tidal flats, inscribed onto UNESCO’s world heritage list last year, will talk about how the marine and coastal environments have been changing abruptly to adjust to climate change.

Lee Jeong-ah, a reporter at the Herald Business, will offer a behind-the-scenes look on the making of “Last Sea.” She will also moderate a panel talk by professor Moon Hyo-bang from Hanyang University, Jang Soo-jin who is the founder and president of Marine Animal Research and Conservation center and Kim Mi-yeon, the vice president of the MARC center.

For the last part of the forum, winners of the H.eco Awards 2021, recognized for their environmentally friendly efforts, will hold a discussion on how they are working to deliver environmental justice.

Gim Ji-yun, representative of Green Environment Youth Korea, will moderate the talk joined by Kim Won-ho, chairman of the board of Corporation Ecopeace Asia, Charle Lim, CEO of Coffee Cube and Chang Sung-un, CEO of YOLK.