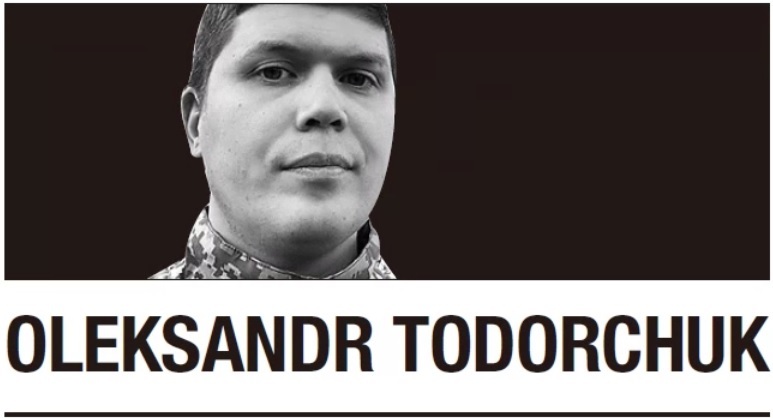 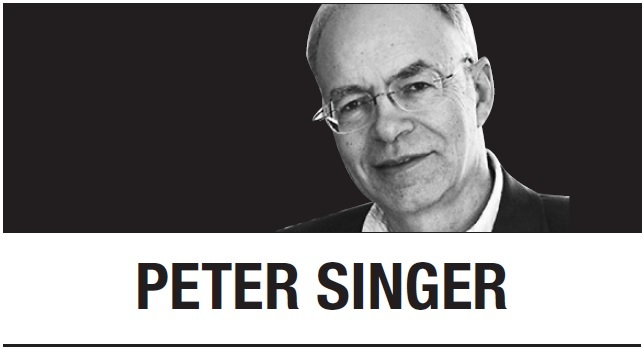 The Russian invasion of Ukraine has had, and is continuing to have, catastrophic consequences for many people. But Ukraine’s people are not the war’s only victims -- and many Ukrainians refuse to ignore that fact.

The thousands of human casualties include more than 1,200 Ukrainian civilians killed, and many more injured. These numbers are growing each day, and the Russian retreat from around Kyiv has brought to light new evidence of war crimes. Nearly 5,000 people have been killed in the besieged city of Mariupol, according to Ukrainian authorities, while another 20,000 have been illegally deported to Russia, where their fate is unknown.

They would no doubt have been much higher if more than 10 million Ukrainians had not left their homes, with more than 4 million crossing national borders and becoming refugees in Poland and other neighboring countries. The number of soldiers who have died is contested, but it is certainly several thousand on both sides.

In addition to deaths and injuries, Ukrainian officials say that Russia has forcibly abducted 400,000 Ukrainians. (Russia says they went voluntarily.) It seems clear that Russian forces are kidnapping, jailing, and torturing individual Ukrainians, including journalists, cultural leaders, and the mayors of cities they have taken.

Then there are the indirect casualties of the war. Bread prices in the Middle East and some African countries are already rising because much of their grain supply is imported from Ukraine, and experts are warning of widespread food insecurity. The situation is especially dire in Yemen, where the civil war had already caused a humanitarian crisis, and in East Africa, where rising wheat prices will exacerbate the effects of three seasons of below-average rainfall.

The war also has had an unknown number of nonhuman victims. Images of refugees fleeing with their dogs and cats have appeared in the media, but many companion animals have also been left behind. A zoo near Kyiv, cut off by the fighting, was without sufficient food and lacked even the means to end the starving animals’ lives humanely.

Animal shelters have also been attacked, and animals killed. In other cases, volunteers have struggled to continue to operate shelters and provide the animals with food and water. Russian soldiers who occupied Hostomel, just north of Kyiv, have been accused of burning down stables, where only two of 32 horses escaped. The rest burned to death.

Horrific as these episodes are, it is likely that the largest number of animals dying because of the war have been in factory farms. The Russian forces bombed the Agromol dairy farm, near Kharkiv, which had 3,000 cows. Images have appeared online of dead or injured cows lying inside a devastated barn. Employees could not get to the farm to treat or euthanize injured cows, because Russians were occupying the area. Ukraine is a major European egg producer, too, and workers have been cut off from production facilities containing tens of thousands of hens. In the Kherson Oblast alone, three million chickens have died after Russian occupiers cut off supplies of animal feed, possibly as part of a deliberate effort to starve Ukrainians into surrendering.

Volunteers are risking their lives to help animals in need. Three volunteers, including 26-year-old Anastasiia Yalanskaya, were bringing food to a shelter where dogs had not been fed for three days when Russian soldiers attacked their car. All three were killed.

Until the invasion, UAnimals, a Ukrainian organization that has been advocating for animals since 2016, counted among its achievements bans on circuses in several Ukrainian cities. Since the invasion began, however, it has focused on preventing the kind of suffering that we have described by assisting animal shelters to obtain food and trying to evacuate animals in danger because of the war.

With so much human suffering, some may think it inappropriate to be concerned about what the war has done to nonhuman animals. But the suffering of animals who are starving to death, burned alive, or wounded by shrapnel must count among the costs of war. The European Union and others must recognize animals not merely as property, but as sentient beings whose capacities to suffer and to enjoy life give them moral status.

Attacking civilian areas of cities with artillery or rockets is a war crime, and the same should be true of attacking targets such as zoos, stables, and barns, or of preventing animals from being fed. If the horses in Hostomel were indeed deliberately burned alive, as has been claimed, the crime should be thoroughly investigated, and the perpetrators, if found, should be brought to justice.