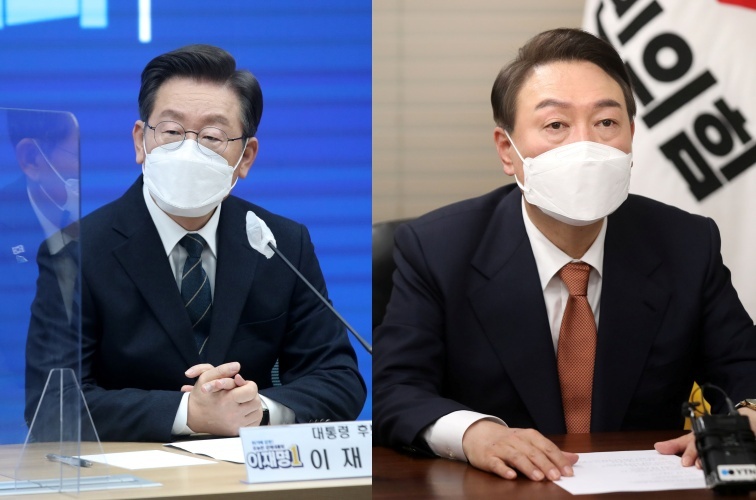 Lee tried to bring the focus on how the war will affect the Korean economy in an attempt to emphasize his capability in handling economic matters. Lee has been seen branding himself as an “economy president” in his election campaign in recent days.

“The government should prepare for the war’s effect on food security, such as a rise in prices of crops,” Lee said during an emergency meeting held Thursday. “We have to make sure of the effects the uncertainty of the economy will have on businesses, and prepare countermeasures for businesses that rely on imports and exports that can be affected by the war and related sanctions.”

A few hours before the meeting, Lee had said, “Our stocks are falling due to a war happening in a country irrelevant to us on the other side of the world.” He made this statement while on the campaign trail in Wonju, Gangwon Province.

“The economy grows in stability,” he said, attacking Yoon for his policy concerning the US’ Terminal High Altitude Area Defense anti-missile system. “Political leaders should never intensify a war crisis.”

“People are realizing a war is not something that happens to a ‘faraway nation,’ watching the reports on Russia’s attack on Ukraine,” Yoon wrote on his social media account, attacking Lee’s comment. “An end-of-war declaration in words or truce treaty do not stop a war. We need the strong solidarity of an alliance and strong national defense power.

The Moon Jae-in administration has been pushing for an official end-of-war declaration to the 1950-53 Korean War as a diplomatic vehicle to encourage North Korea to give up its nuclear weapons.

“The incident gives a lesson to us, surrounded by powerful nations,” Yoon said during a separate emergency meeting held Thursday. “Russia’s military action is a violation against international law.”

“We should cooperate with free states, including our allies, the US, UK, France, Germany, Japan and more, to peacefully resolve the situation,” Yoon said.