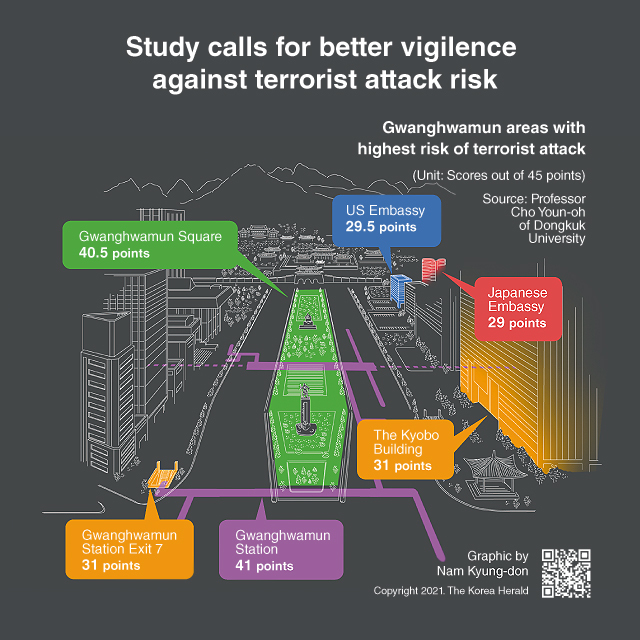 If a terrorist attack occurs in the Gwanghwamun Square area in central Seoul, Gwanghwamun Station on Subway Line 5 is most likely to become the primary target, a study warned, calling for comprehensive counterterrorism preparedness in accordance with the capital's rising international recognition.

The study authored by professor Cho Youn-oh of Dongkuk University and her undergraduate students issued such a warning after assessing the risk of terrorism in 16 zones of the central Seoul square.

Gwanghwamun Square is a landmark of Seoul surrounded by the Seoul Government Complex, the US Embassy, Gyeongbok Palace and many other notable cultural, media and financial buildings.

The study found that Gwanghwamun Station is at the highest risk of terrorism among the 16 Gwanghwamun Square zones after it scored 41 points out of the possible 45 points in terms of vulnerability and exposure to terrorist attacks. (Yonhap)