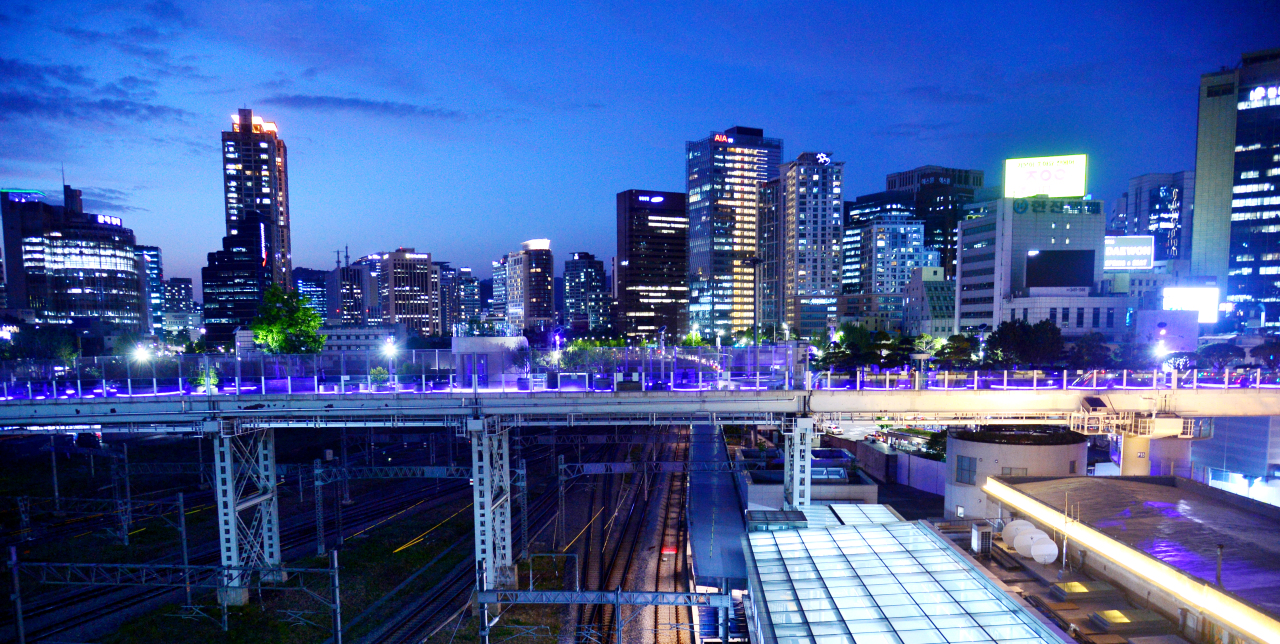 The Seoullo 7017, a city park built along a former highway overpass, is an inviting spot for a refreshing night walk, offering the chance to recall the beauty of the city’s nightscape that has almost been forgotten due to the lingering pandemic and its impact on evening activities. 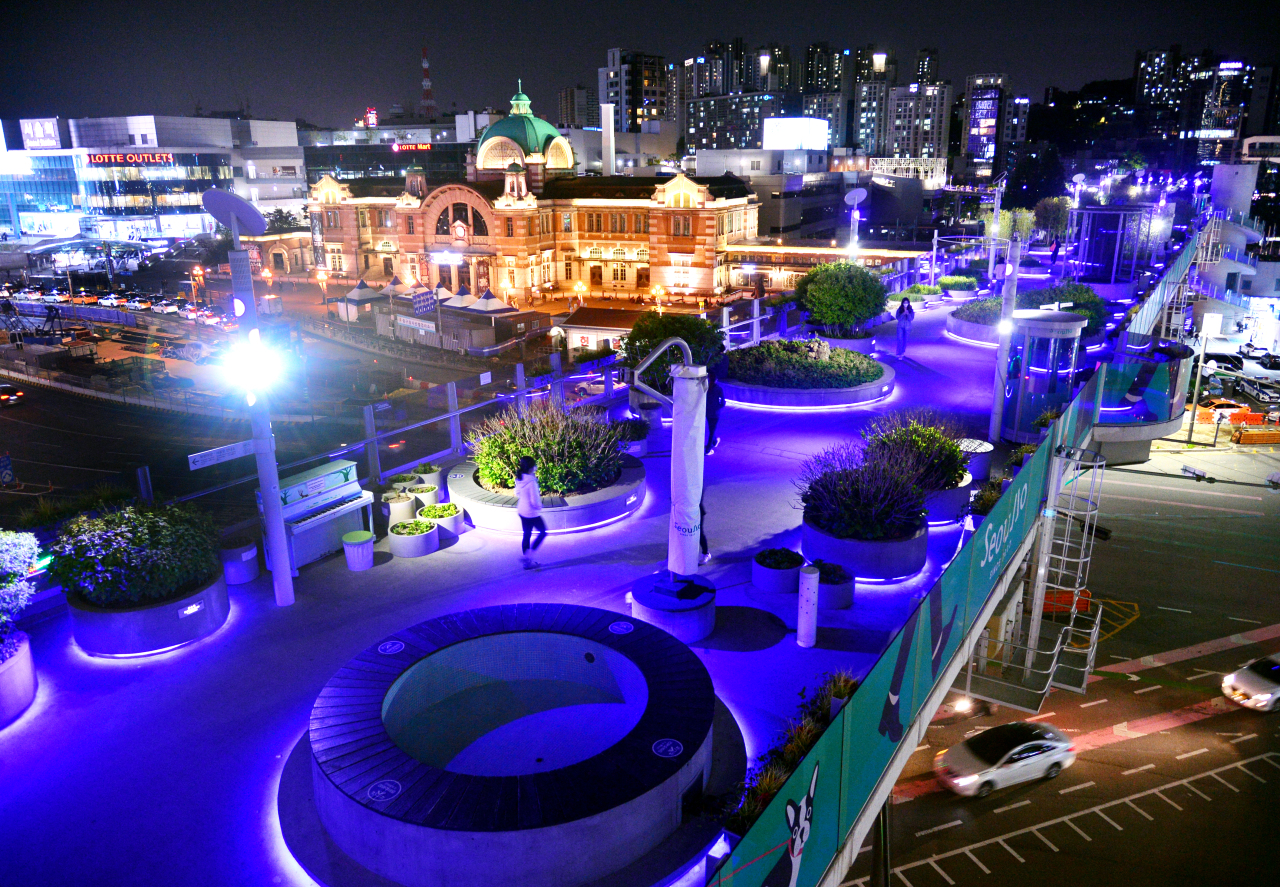 Lights installed in the huge plant pots and small bulbs placed among the greenery light up the pathway at night, making visitors to feel walking among the stars. 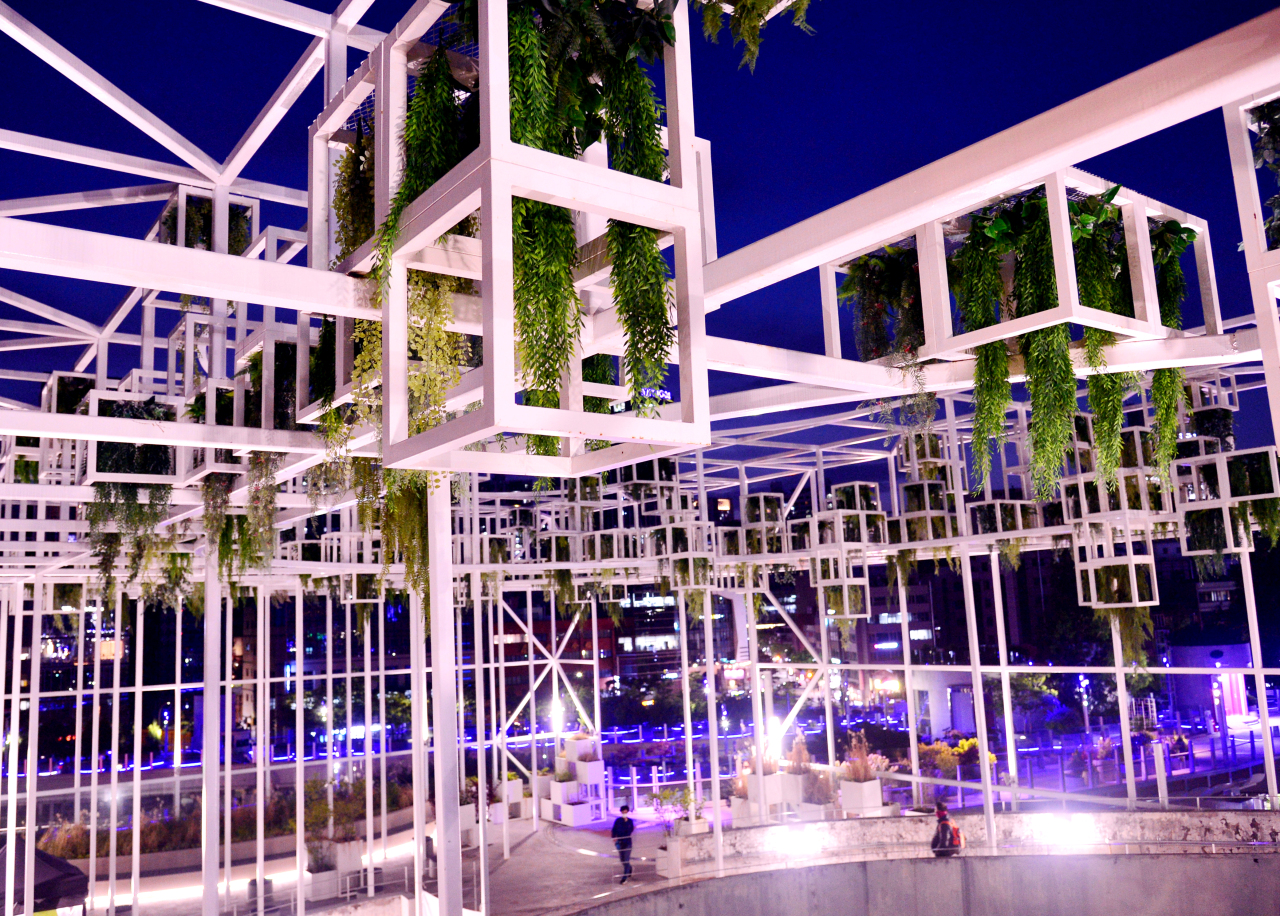 The park also uses the facade of Seoul Square, a neighboring office building, as a gigantic canvas to display digital art pieces, including a series of images by Julian Opie. 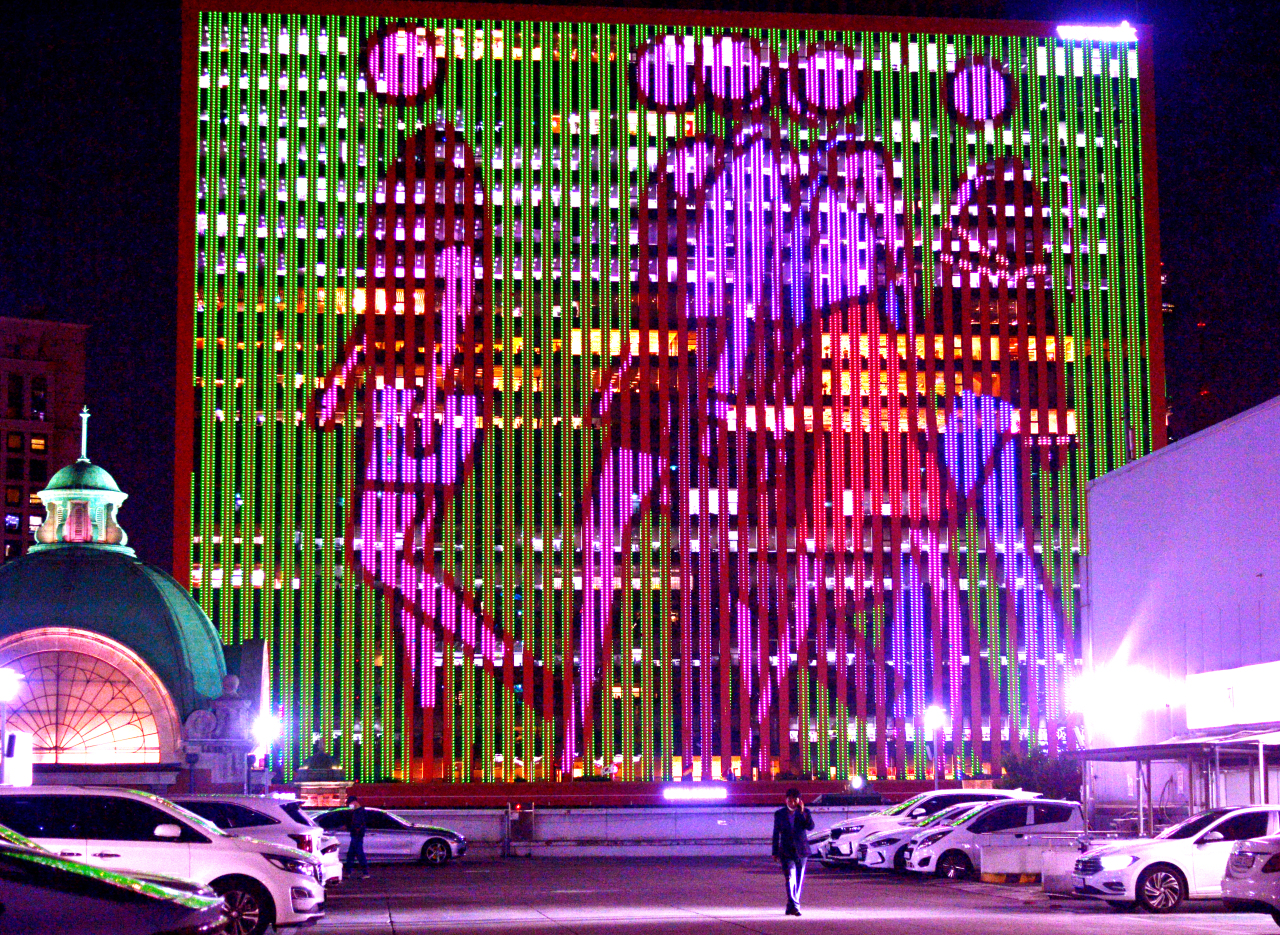 Built in 1970, Seoullo was originally an overpass connecting areas to the west and east of Seoul Station. In 2017, the elevated road was renovated into a park featuring a pedestrian walkway and gardens with trees and flowers. 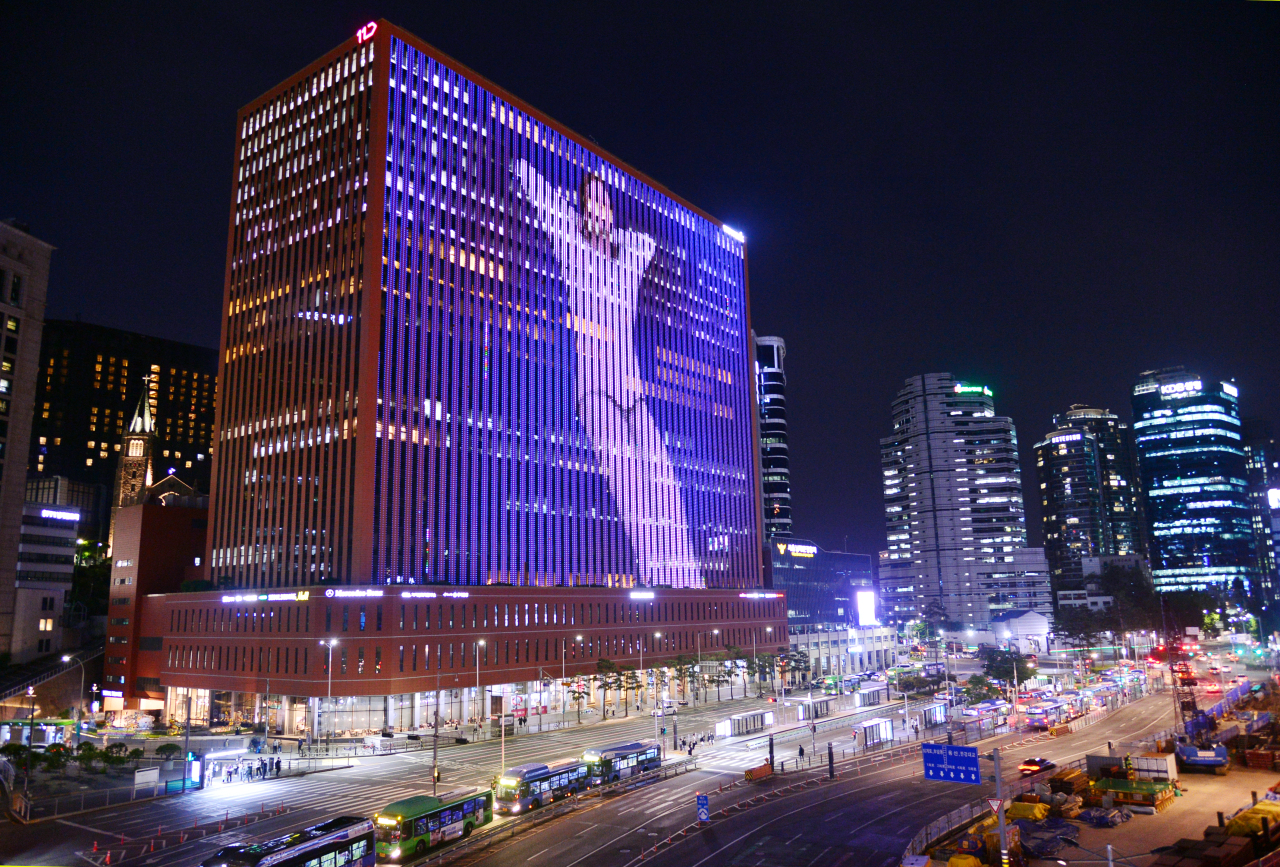 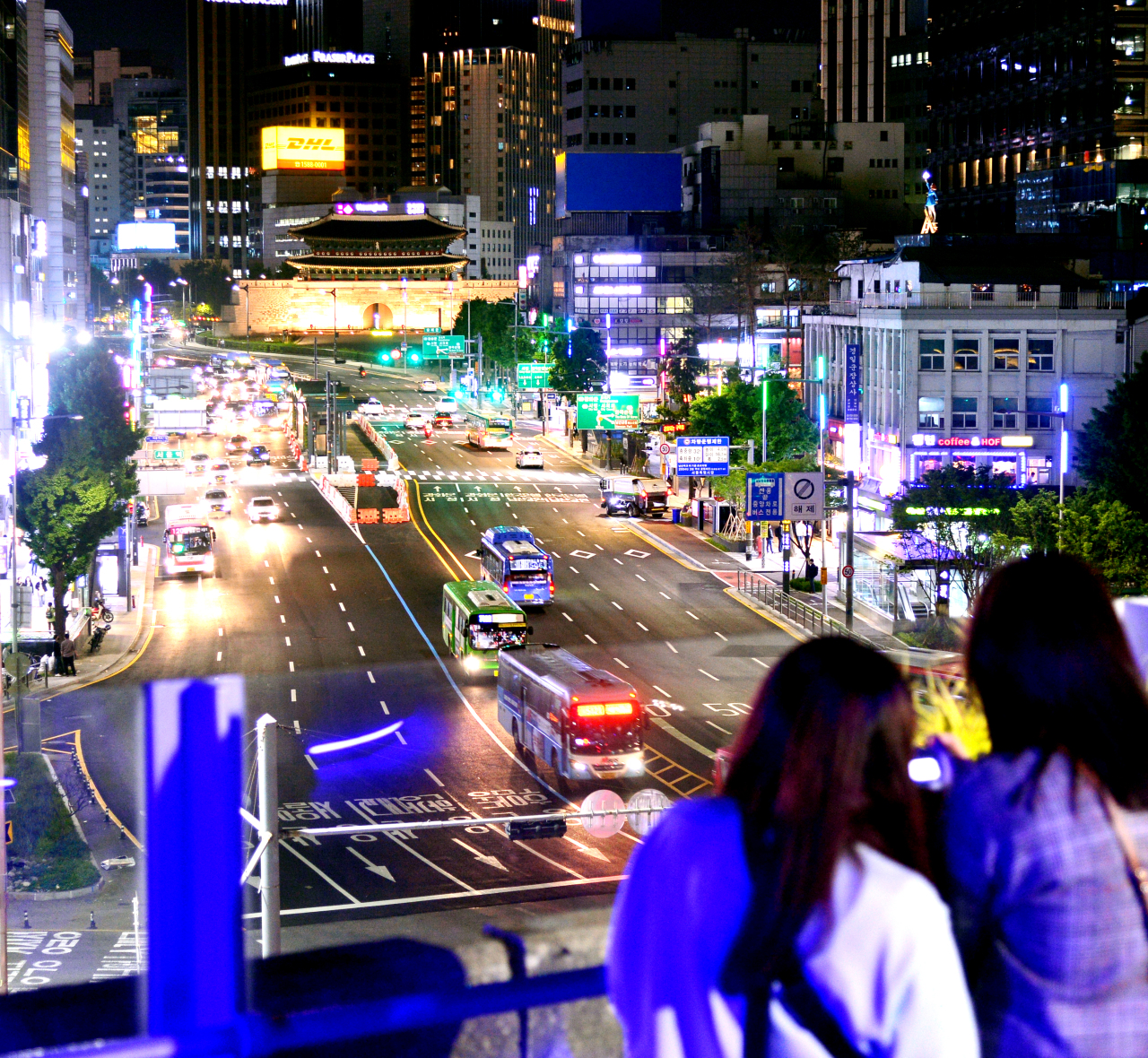 Seoul Station Rooftop Garden, a garden on the top of the station which opened in October, also serves as a place for people to refresh and recharge. Booking a guided tour around the Seoullo 7017 park and Seoul Station is available on Visit Seoul’s website.