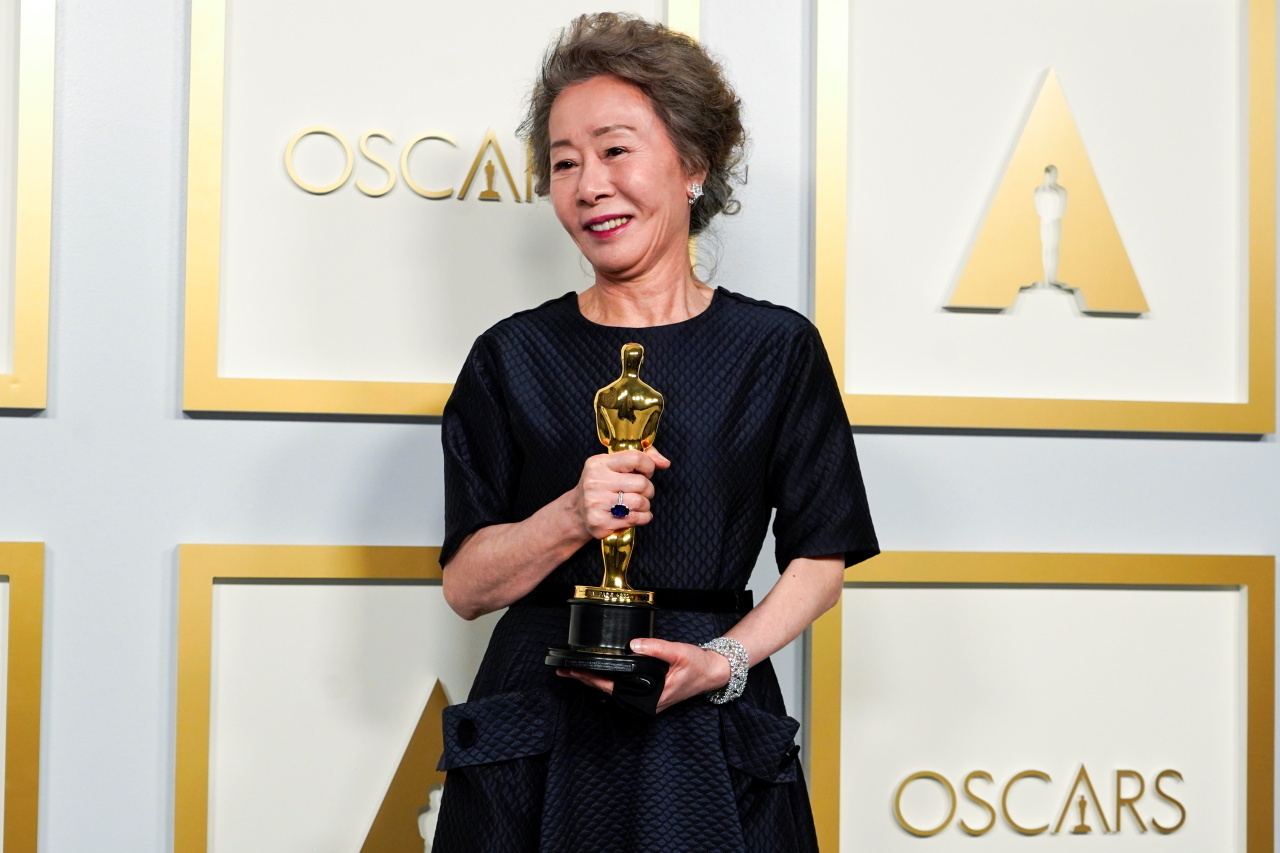 [1] Veteran actor Youn Yuh-jung, 73, won the best supporting actress prize at the 93rd Academy Awards on Monday for her portrayal of eccentric grandmother Soon-ja in the American film “Minari.”

[2] With the win, she became the first Korean to win an Oscar trophy in an acting category. No other Korean actor, including those from last year’s breakthrough Oscar winner “Parasite,” had received any trophies from the Academy Award.

[3] “Tremendous thanks to Academy members who vote for me,” Youn said during her acceptance speech made at Union Station in Los Angeles, where this year‘s Academy Awards ceremony was held in a hybrid form.

[4] “Minari” depicts the story of a first-generation Korean immigrant family of four -- dad Jacob (Yeun), mom Monica (Han), son David (Kim) and daughter Anne (Cho). The family relocates to rural Arkansas to pursue the American dream. One day, grandma Soon-ja comes to America to look after the two children. At first, David does not like Soon-ja, but as they spend time together she starts to grow on him.

2. ‘Let’s be someone nature welcomes’

[1] Hiking has become one of the most popular outdoor activities in South Korea. But with the increasing number of hikers, a critical environmental problem arises: litter.

[2] While some ill-mannered hikers do not clean up after themselves, one group is trying to change the careless practice of leaving trash and garbage behind after a hike. These people call themselves Clean Hikers. Kim Kang-eun, who identifies herself as a hiking artist, is the founder of Clean Hikers.

[3] The group’s first session took place in March 2018. Seven people gathered to pick up trash along the trails in Cheonggyesan in southern Seoul. “Thinking that such action, if continued, could spread inspiration and gradually make a change, I have been carrying out Clean Hikers’ sessions until now,” Kim said with a smile.

[4] Over the past three years, 17 official clean hiking sessions have taken place on mountains across the country. But according to Clean Hikers, it isn’t necessary to join the group to be part of the cleanup movement.