[Eye Plus] Hwangudan Altar, remains in the city but unfamiliar to many 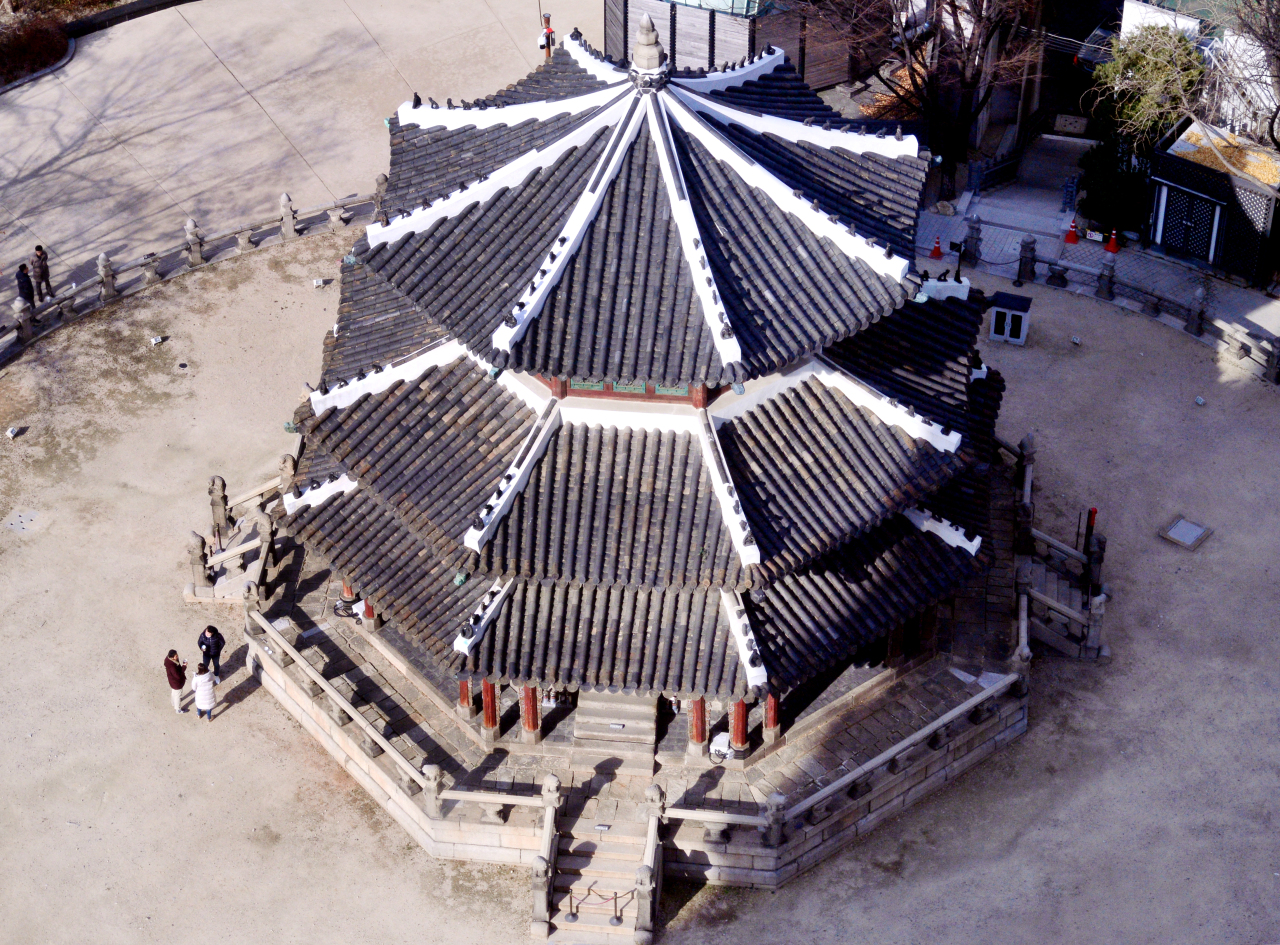 Hwangudan Altar, located next to the Westin Chosun Hotel in Jung-gu, Seoul, is an artifact in the middle of the city, but not many people know it. 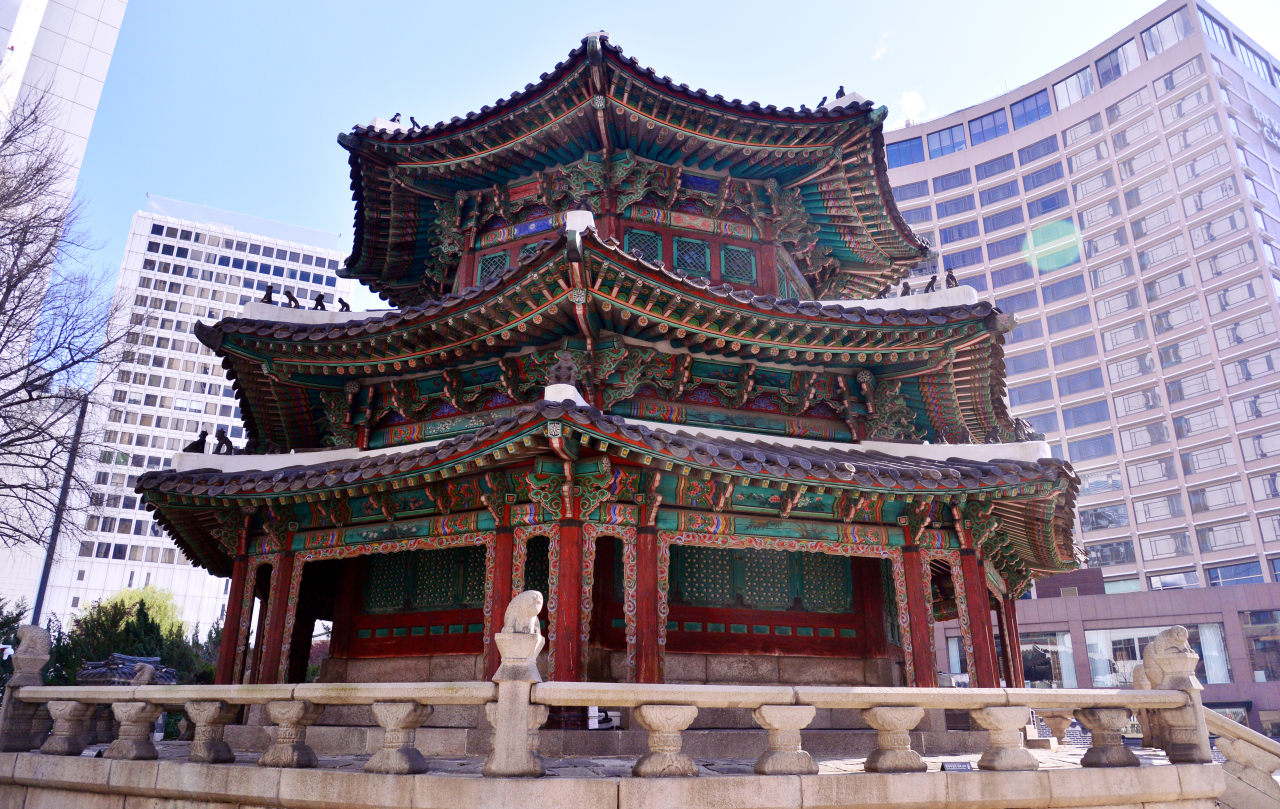 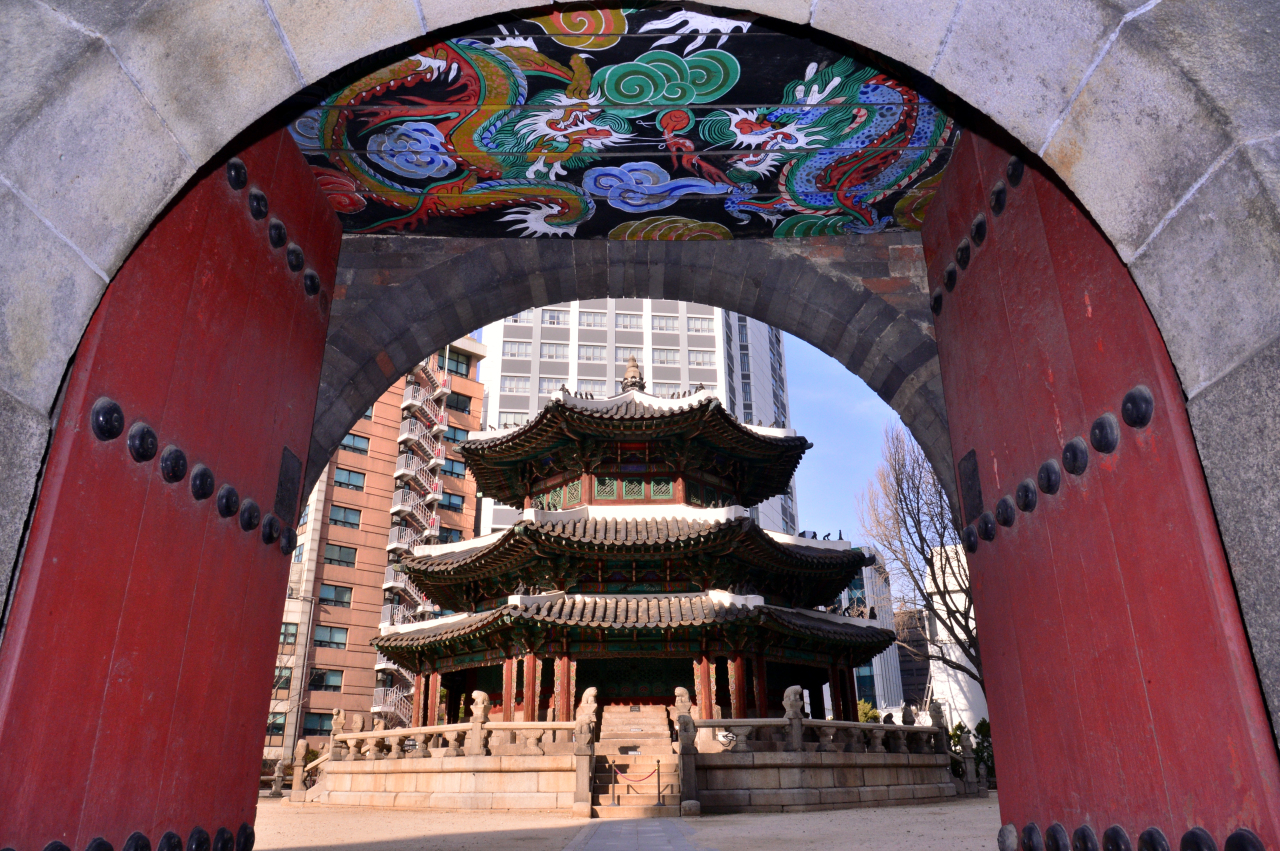 King Gojong’s declaration of the Korean Empire and his accession to the emperor‘s throne was seen as his determination to revive Joseon on the verge of a collapse. However, in 1910, the Korea-Japan Annexation Treaty was signed and the Korean Empire came to an end with only 14 years of short history. 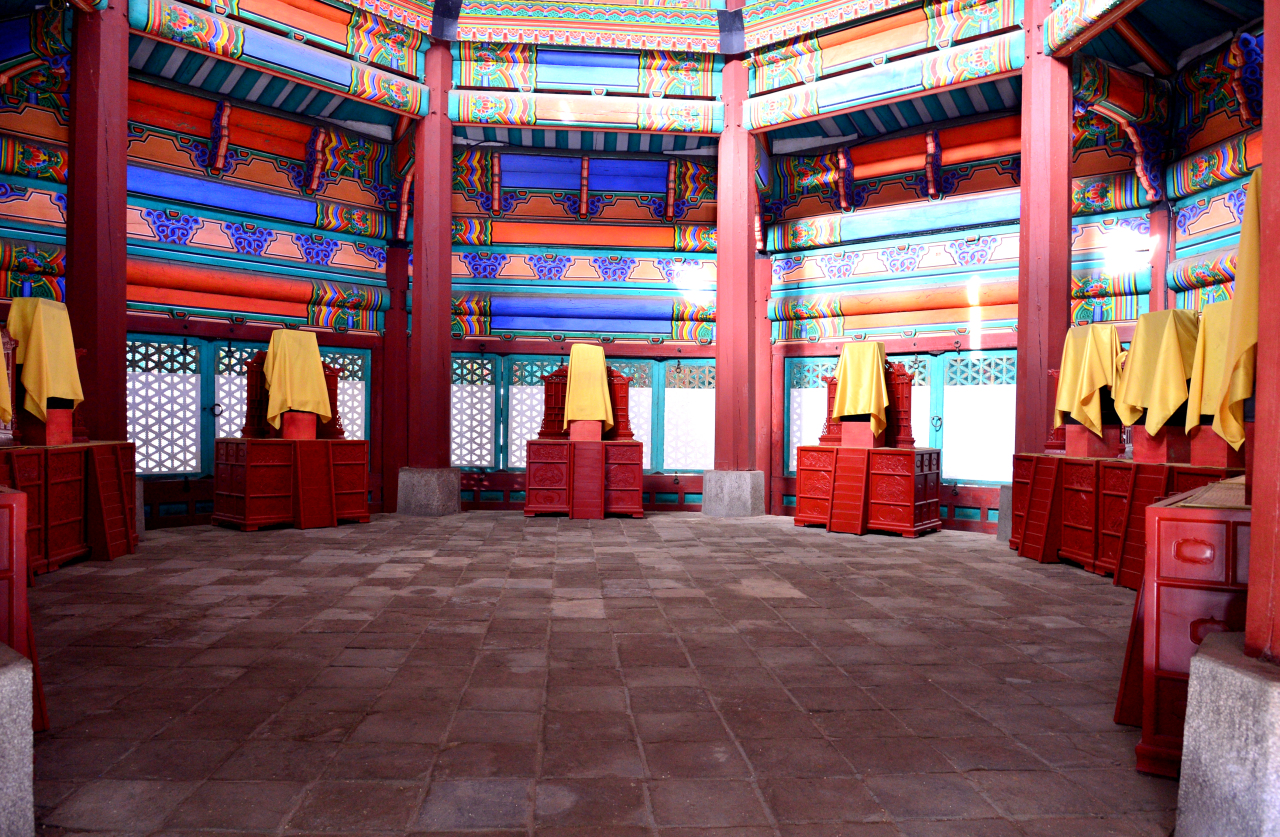 Most of the complex of Hwangudan Altar -- except some remains like the Hwangungu shrine -- were dismantled by the Japanese in 1913 during the early days of their occupation of Korea. The land was used to build the Joseon Gyeongseong Railroad Hotel, which was demolished after Korea’s liberation from Japan‘s colonial rule. 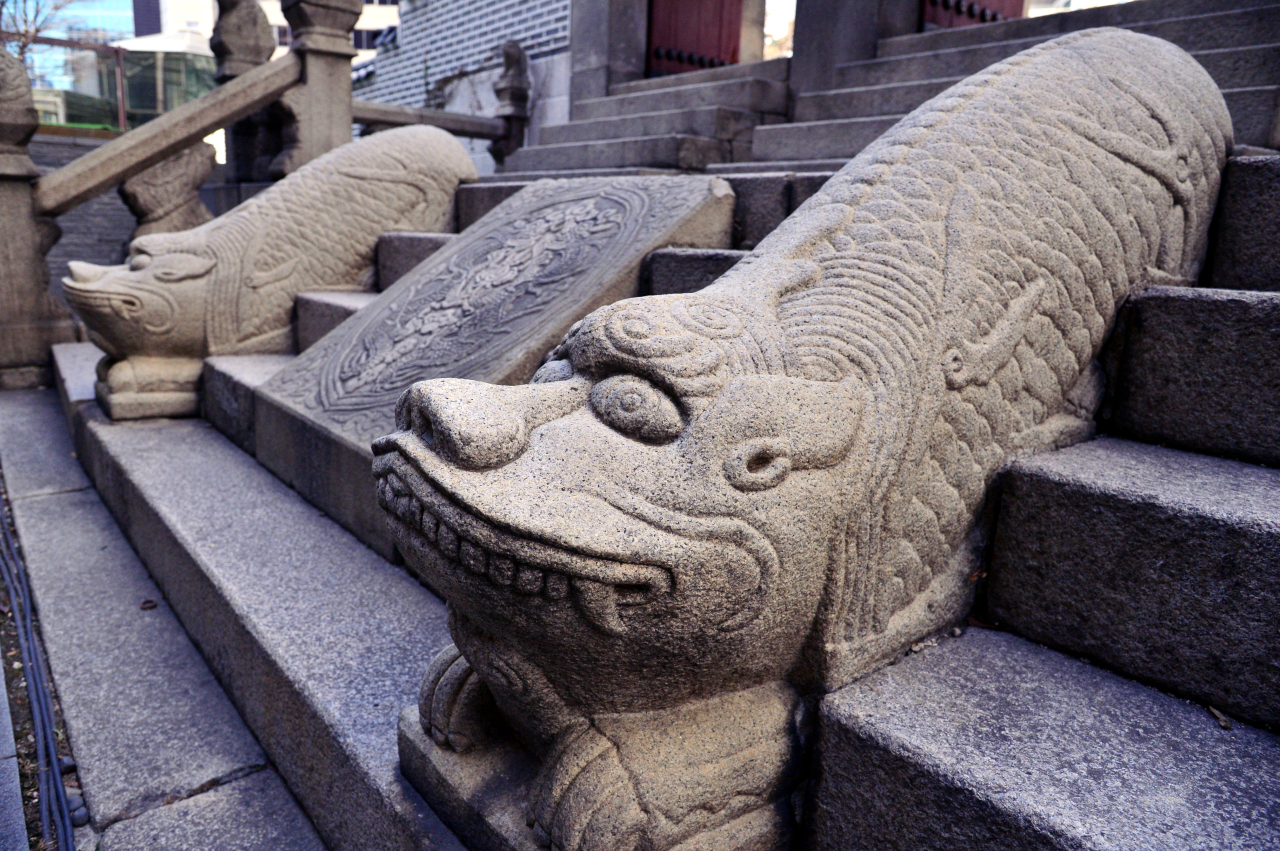 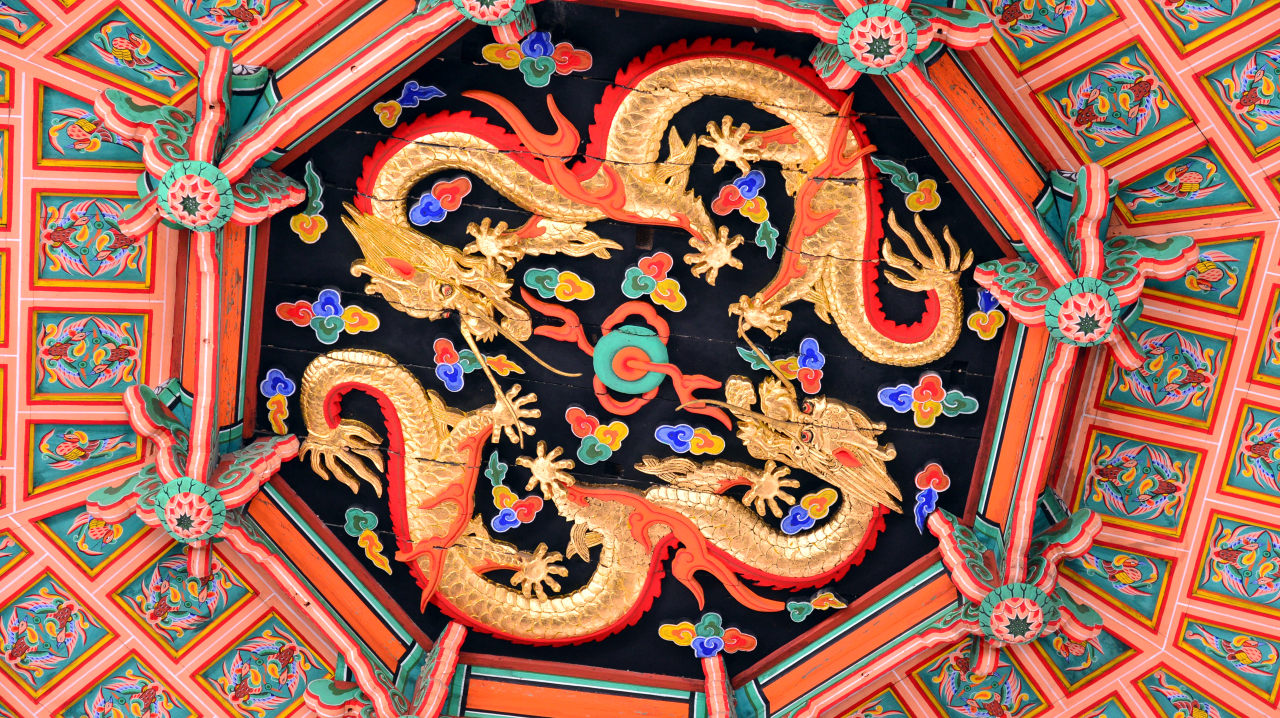 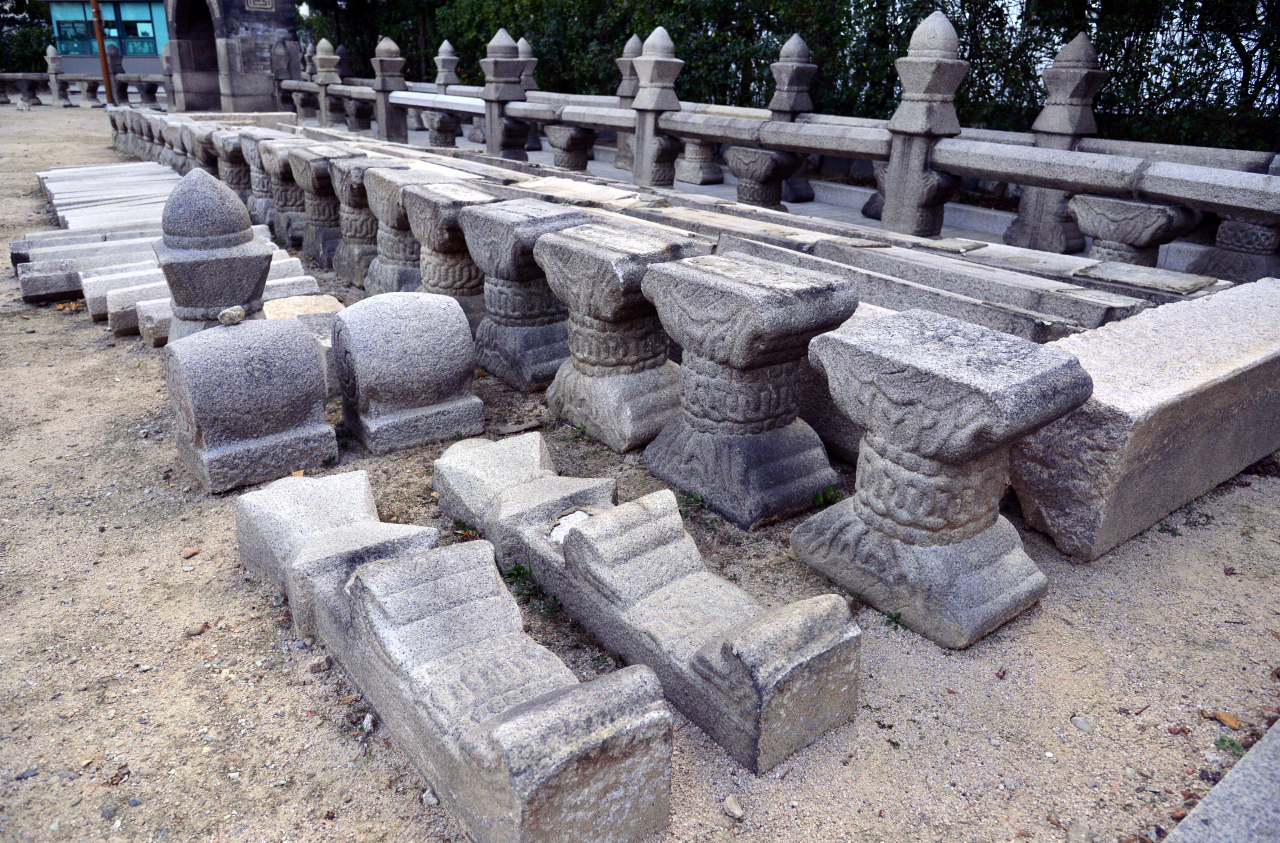 In front of the gypsum outside the stone fence surrounding Hwangungu, three large drum-shaped stones are placed side by side as if connected to each other. These stone drums are in the form of musical instruments used during a ritual for the worship of the gods. The drums were installed in 1902 for the 40th anniversary of Emperor Gojong’s ascension to the throne.