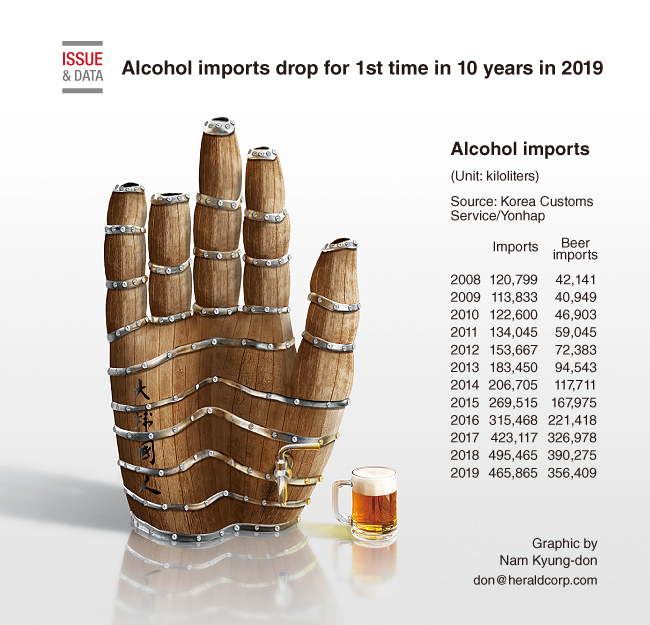 South Korea‘s alcohol imports fell for the first time in 10 years in 2019, amid a boycott of Japanese beer due to a bilateral trade row, data showed.

South Korea’s liquor imports came to 466,000 kiloliters in 2019, down 6 percent from the previous year, according to data from the Korea Customs Service and local alcohol industry.

It represents the first on-year decrease since 2009, shortly after the global financial crisis.

Last year’s decline was attributed mainly to a fall in imports of beer, especially from Japan. South Korea’s beer imports stood at 356,000 kiloliters last year, down 8.7 percent from a year earlier. (Yonhap)