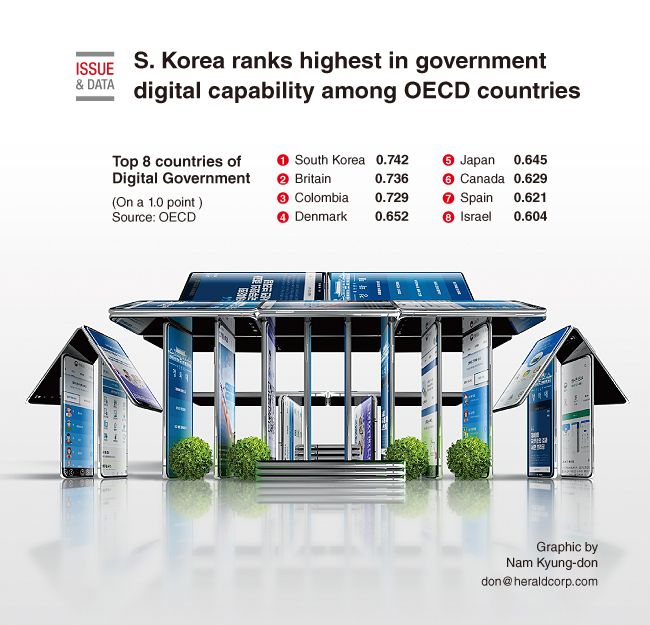 South Korea ranked No. 1 among 33 countries surveyed on the “Digital Government Index (DGI): 2019,” the first-ever report published by the OECD that measures the level of digitalization, efficiency and transparency of public sectors of 29 member countries and four non-member countries.

A total of 33 countries were surveyed from 2018 to 2019 and data were not available for a few countries, including the United States, Australia, Switzerland, Hungary and Mexico.

The overall score combines the results of six different dimensions - digital by design, data-driven public sector, government as a platform, open by default, user-driven and proactiveness.

The country received the highest scores in two dimensions, digital by design and open by default, which measure the integration of digital technology with existing governing processes, and the level of openness of the government‘s data, system and policy-making processes, respectively. (Yonhap)