Foreigners scoop up W350b worth of Naver, Kakao shares in October 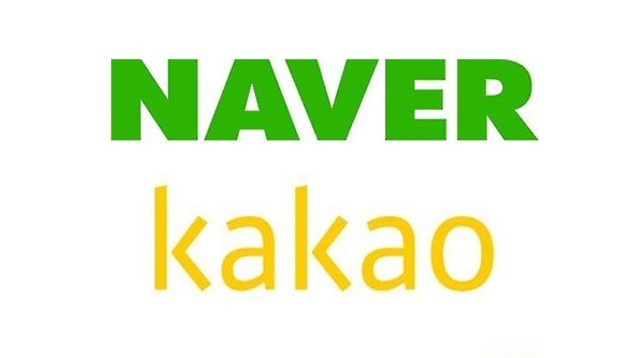 Foreign investors purchased over 350 billion won ($306 million) worth of South Korean internet giants Naver and Kakao’s shares in October amid their strong preference for growth stocks in emerging markets due to unfavorable factors in the US market, data showed Sunday.

According to data from the nation’s sole bourse operator, the Korea Exchange, offshore investors had purchased a net 187.4 billion won and 164 billion won worth of Naver and Kakao shares, respectively, as of Friday.

The figures also represented a sharp turnaround from an earlier selling binge. During the last nine months of this year, foreign investors sold a net 1.52 trillion won and 351.7 billion won of Naver and Kakao shares, respectively, while retail investors bought a net 1.8 trillion won and 1.59 trillion won.

Earlier this month, US Democratic lawmakers called on the US Congress to rein in the country’s tech giants’ businesses, making it harder for them to acquire others and imposing new regulations to safeguard competition.

“Amid the escalating debate over applying tougher rules on the US tech giants, offshore investors’ interest is likely to move toward emerging markets’ growth stocks such as China’s online retailer JD.com and Korea’s Naver and Kakao,” said Kim Soo-yeon, an analyst at Hanwha Investment & Securities.

Choi Yoo-june, an analyst at Shinhan Financial Investment, said the rosy outlook for Naver and Kakao had attracted foreigners to begin scooping up the local shares.

According to the latest forecasts from financial market tracker FN Guide, the two internet giants are expected to report strong third quarter earnings.

Naver is projected to post about 1.82 trillion won in sales for the July-September period, up 9.3 percent from a year earlier, while operating profit is estimated to surge by 36.7 percent on-year to 276.3 billion won over the period.

Kakao is expected to log 1.02 trillion won in sales and 116.2 billion won in operating profit in the third quarter, soaring 30.5 percent and 96.7 percent on-year, respectively.

Another factor was the weakening dollar, which drove foreign investors away from the US market and to emerging Asian markets.

The Korean won closed at 1,147.4 won against the greenback on Friday. Within this month, the value of the dollar has dropped by 22.1 won. Due to the weakening trend, foreigners purchased a net 1.14 trillion won worth of shares from the main bourse Kospi market this month.