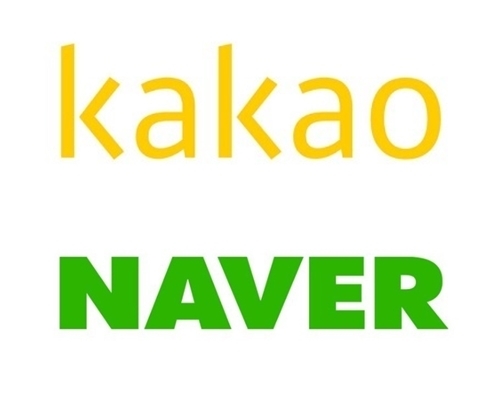 Shares of Naver closed at 337,000 won, up 3,000 won, or 0.90 percent, from the previous session’s close. The stock price once also touched its 52-week high of 347,000 won, in early morning. As its market capitalization rapidly increased, the firm’s ranking on Kospi climbed to No. 3, again beating the local biopharma company Samsung Biologics.

Both the untact shares have been on a bullish run for the fifth consecutive session. Based on their newest 52-week high, Kakao’s stock price climbed 13.31 percent from Aug. 20, when it closed at 364,500 won. Naver also advanced 13.58 percent from 305,500 won per share in the given period.

“On expectations of industrial shift (from manufacturing to IT) since the end-March, more investment funds have flowed to untact-related stocks,” Lee Jung-bin, an analyst at IBK Securities said.

Shares of Kakao and Naver will be less affected from market adjustments and have bigger room for further value growth, he added.