Asiana Airlines to suspend all European routes from April 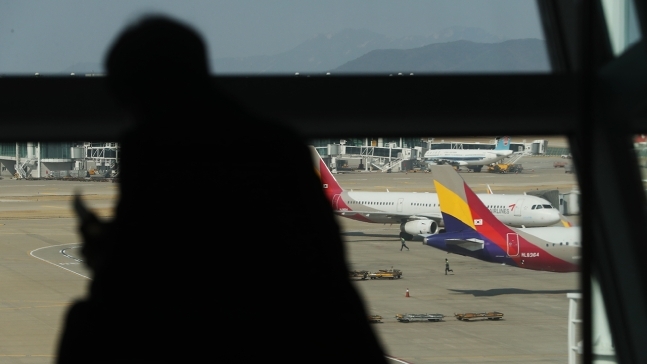 Asiana Airlines will halt all its European routes in April as the new coronavirus spreads fast and the continent closes its borders and restricts movement, the firm confirmed Friday.

The decision comes after the European Union decided on Tuesday to block the entry of foreign travelers to Europe for 30 days to prevent the spread of COVID-19.

According to the airline, service on the Incheon-Frankfurt route, the only European route it is still operating, will be halted from April 1 to April 16.

“During the suspension period of the Incheon-Frankfurt route, all other European routes will not be operated. Whether to extend the period may change depending on the situation,” an Asiana Airlines official said.

In April, Korean Air’s Incheon-Paris and Incheon-London routes will be the only routes linking Europe and Korea.