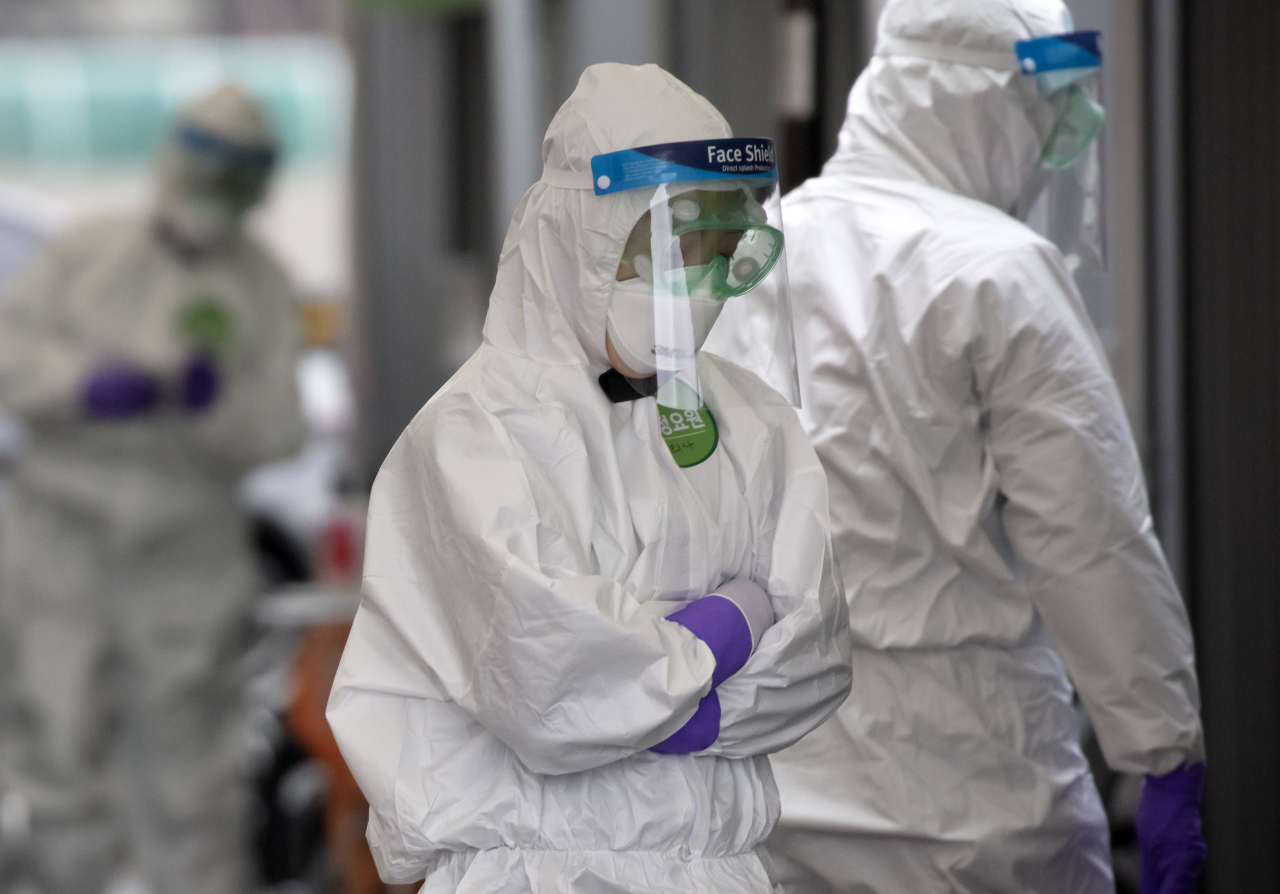 1.   S. Korea on edge over largest yet mass infections in Seoul

[1] Seoul’s biggest-yet cluster of infections emerged in South Korea’s capital Tuesday, keeping health authorities on their toes despite the number of newly discovered infections slowing for the fourth consecutive day.

[2] South Korea’s reported coronavirus cases rose by 131 to 7,513 with a total of 54 deaths, marking the lowest daily increase in two weeks, according to data tallied at Monday midnight by the Korea Centers for Disease Control and Prevention.

[3] The new cluster in Seoul involves a total of 64 people, including employees at a call center in southwestern Seoul and their families, Seoul Mayor Park Won-soon said Tuesday, with an investigation into how the patients contracted the virus underway.

[4] The number of confirmed cases linked to the call center in Guro-gu was feared to shoot up, given the working environment of the call center, at which employees sit close next to each other and constantly talk into phones.

[5] Some 140 employees and trainees there were being tested for the virus as of Tuesday afternoon.

[1] The novel coronavirus was apparently brought into the country from Wuhan, China. But it was a branch of an enigmatic Christian sect in Daegu that provided it with a breeding ground at home.

[2] The Shincheonji Church of Jesus, which operates under a veil of secrecy, abruptly came to the center of attention after one of its congregants tested positive for the virus Feb. 18.

[3] The case of the 61-year-old woman, known as COVID-19 patient No. 31, was linked to many others among followers who attended the same Sunday service at the Daegu branch in February.

[4] Since then, Shincheonji has come under attack from all sides -- from the public, politicians and municipalities to mainstream Protestant churches that have denounced it as a cult.

[5] A petition uploaded to the presidential office’s website calling for the forcible dissolution of the religious sect had gathered more than 1.2 million signatures as of Monday morning.