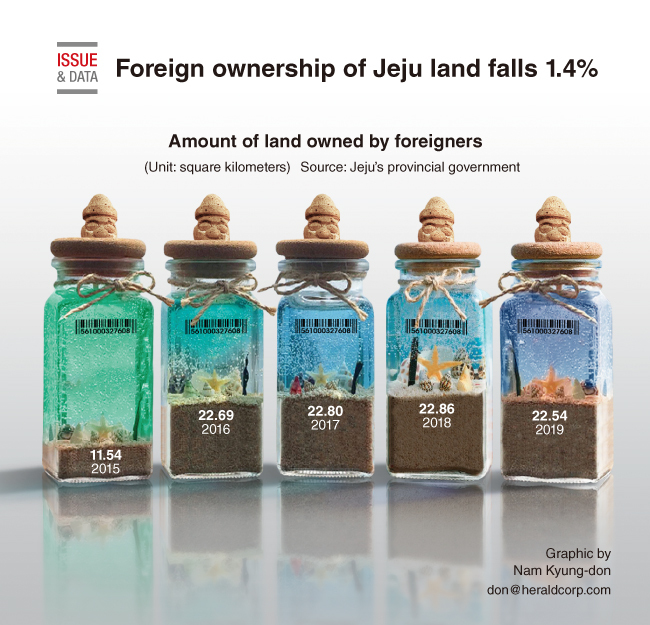 According to the data released by Jeju’s provincial government, foreigners owned 22.6 square kilometers in 14,644 plots on Jeju Island as of the end of last year.