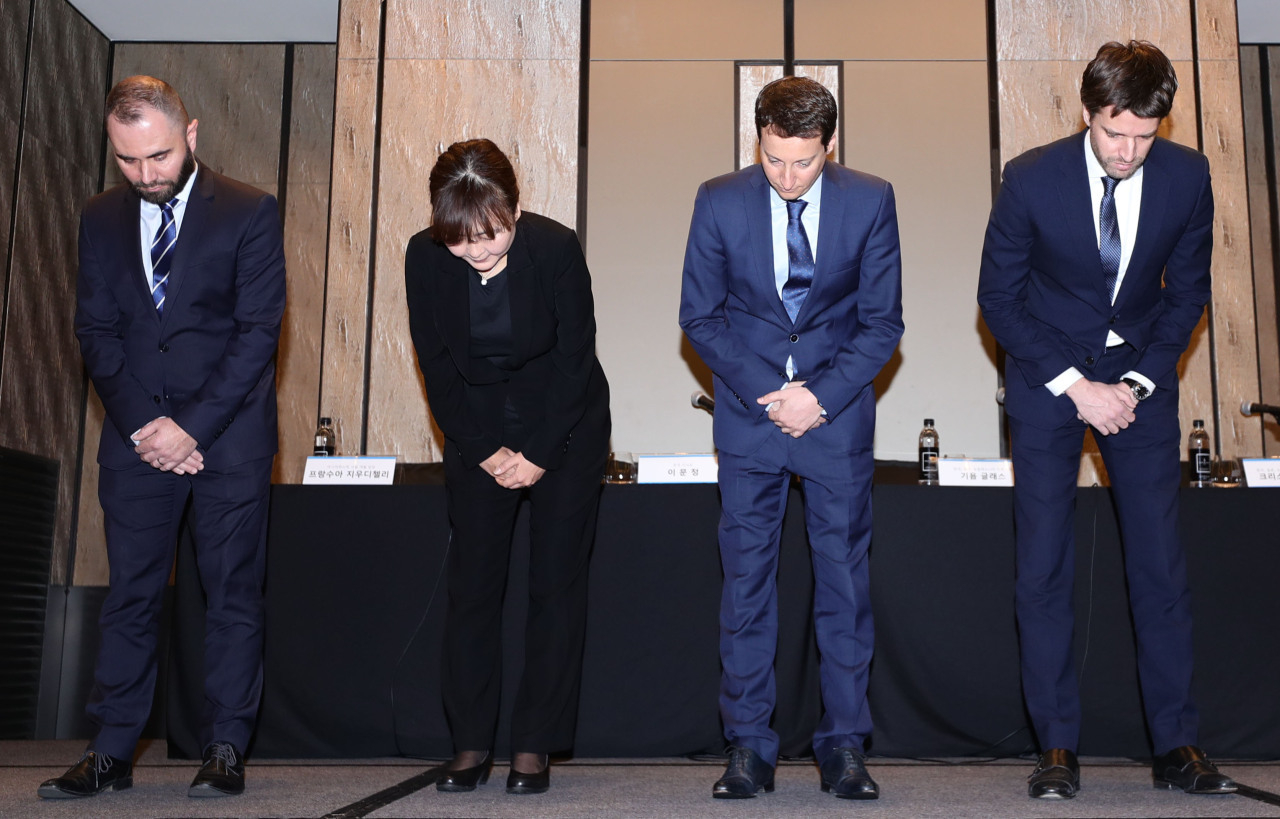 1. KLM apologizes after being accused of coronavirus racism

[2] According to a Korean passenger onboard the KLM 855 flight bound for Incheon from Amsterdam on Monday, a hand-written note that read “cabin crew exclusive restroom” in Korean was posted on the door of a restroom.

[3] After the story went viral online and was reported in the Korean media, public criticism mounted, demanding an explanation from KLM about designating a restroom for crew and why the sign was written only in Korean.

[4] “We take the allegations that we have discriminated against a part of our passengers very seriously. We are deeply sorry that this was viewed as discrimination, which was absolutely not the intention of the crew,” Guillaume Glass, general manager for Korea at KLM, said during a press conference in Seoul on Friday.

2. At least 3 killed on icy roads as snow blankets nation

[1] The heaviest snow so far this winter hit most parts of South Korea on Monday, disrupting road traffic and causing flight cancellations. At least three people were killed as cars crashed on icy roads, while nearly 40 were injured.

[2] Around 20 vehicles piled up inside a tunnel on a highway connecting Suncheon and Wanju in North Jeolla Province at 12:20 p.m., leaving three people dead and 38 others injured, according to police and fire authorities.

[3] A chemical truck was one of the vehicles involved in the accident. Police said the truck caught fire and caused a toxic gas leak in the tunnel, which made rescue efforts difficult.

[4] In North Jeolla Province alone, which received up to 10 centimeters of snow from Sunday through Monday, a total of 195 car accidents were reported from 5 Sunday to Monday, according to the Jeonbuk Provincial Police Agency.

[5] Due to heavy snow, access to the West Sea was restricted along four routes in the province. National parks in the area, such as Jirisan and Deokyusan, were cordoned off so hikers could not enter.