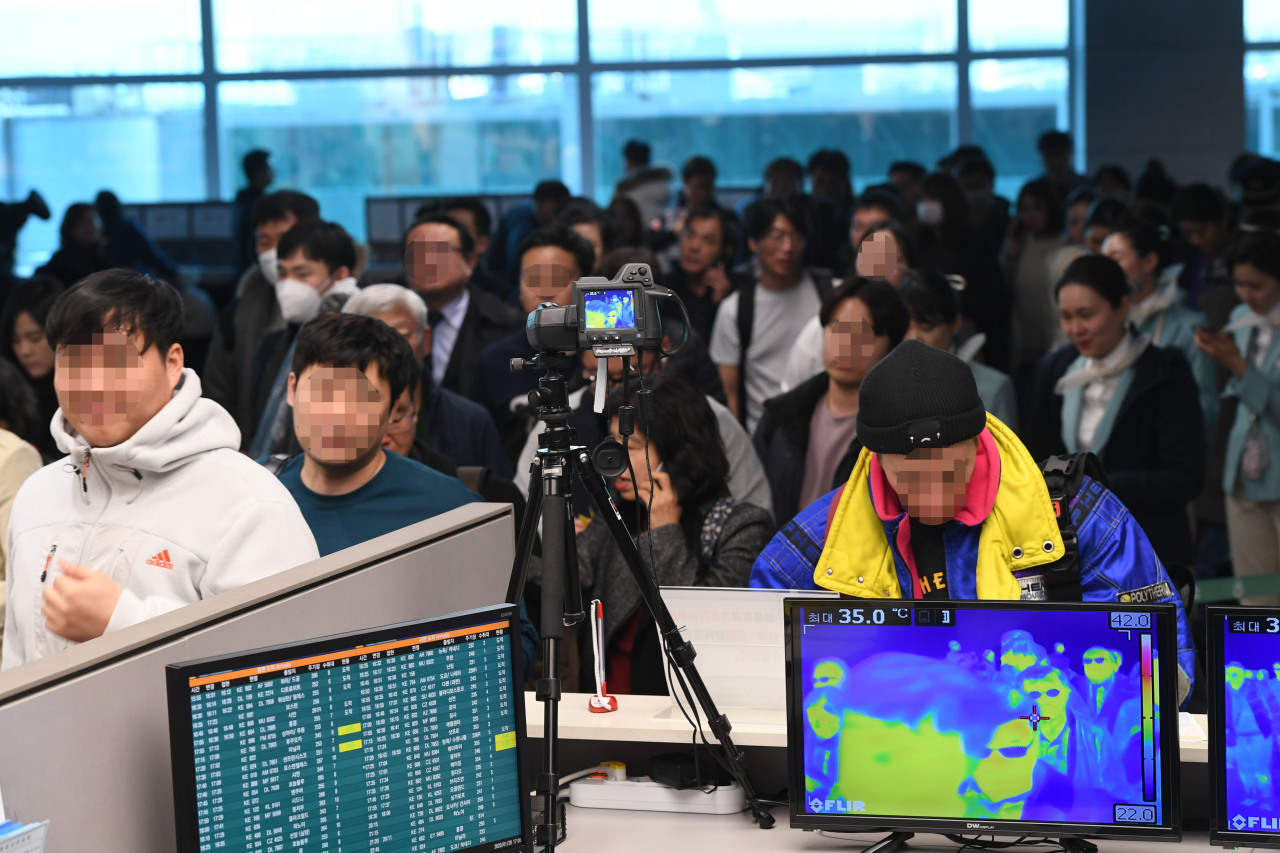 1. Seoul on alert after 1st confirmed case of coronavirus from China

[1] Prime Minister Chung Sye-kyun on Monday ordered health authorities to respond quickly to prevent the spread of a new coronavirus from China, after the first case was confirmed in South Korea.

[2] On Monday, the Korea Centers for Disease Control and Prevention announced that a Chinese woman had tested positive for the coronavirus.

[3] According to the KCDC, the woman -- a 35-year-old resident of Wuhan in China’s Hubei province -- arrived at Incheon International Airport on Sunday. She was quarantined upon arrival when she was observed to have a fever and other symptoms linked to the new coronavirus.

[4] Now that the first case has been confirmed in Korea, the KCDC has raised the alert level from blue to yellow. The KCDC said an epidemiological investigation is underway, and that a response center has been launched to prevent the spread of the virus.

[5] According to the KCDC, the woman visited a doctor in China on Saturday with fever, muscle aches and other symptoms and was diagnosed as having a cold. The KCDC said she had not visited the market in Wuhan that has been connected to the spread of the virus, and has had no contact with wild animals.

[6] The KCDC said that because the woman’s illness was detected at the quarantine checkpoint, she did not come into contact with the general population.

[2] The Nepali authorities said they have mobilized an additional six to 10 specialized police officers for a search mission that is underway. But heavy snowfall and rough weather conditions are making the search difficult.

[3] The incident occurred Friday at about 11 a.m. (local time) when the avalanche swept the Deuralri area, at an altitude of 3,200 meters near a base camp in the Annapurna region, following heavy snowfall.

[4] Four Koreans are all teachers from South Chungcheong Province. The other two people who went missing are Nepali guides. The missing trekkers are part of the 11-teacher team taking part in a volunteer teaching program at schools in Kathmandu from Jan. 13-25.