[Eye plus] Once a ghetto, now tourist hot spot 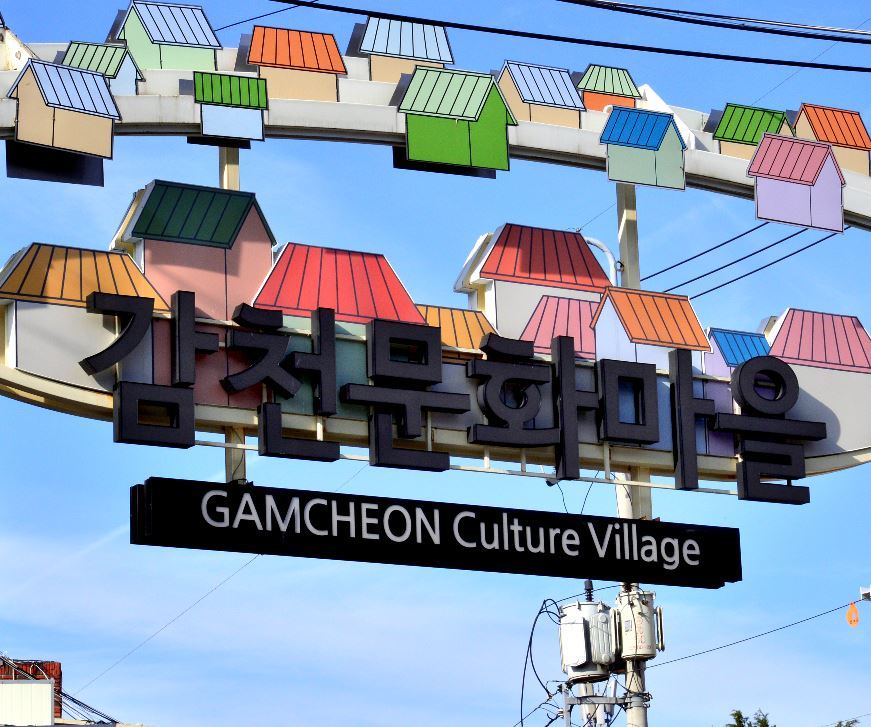 Camera-toting tourists from Korea and elsewhere explore terraced rows of small houses, painted in pastel colors, and labyrinth-like alleys, with some so narrow only one person can pass at a time.

Among its recent visitors was Indonesian President Joko Widodo, who was in Busan late last month for a summit between Korea and the Association of Southeast Asian Nations. 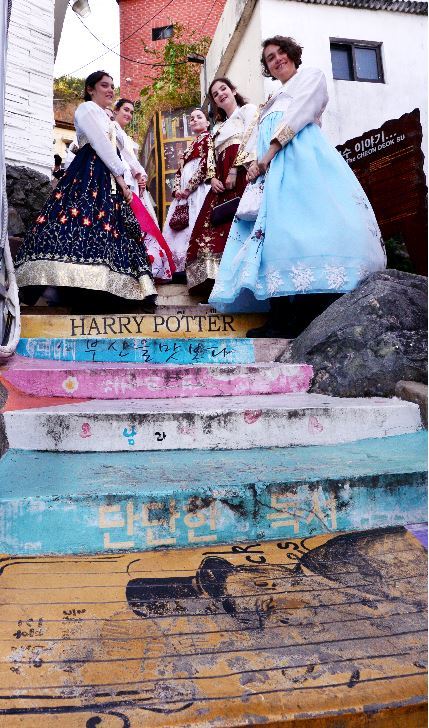 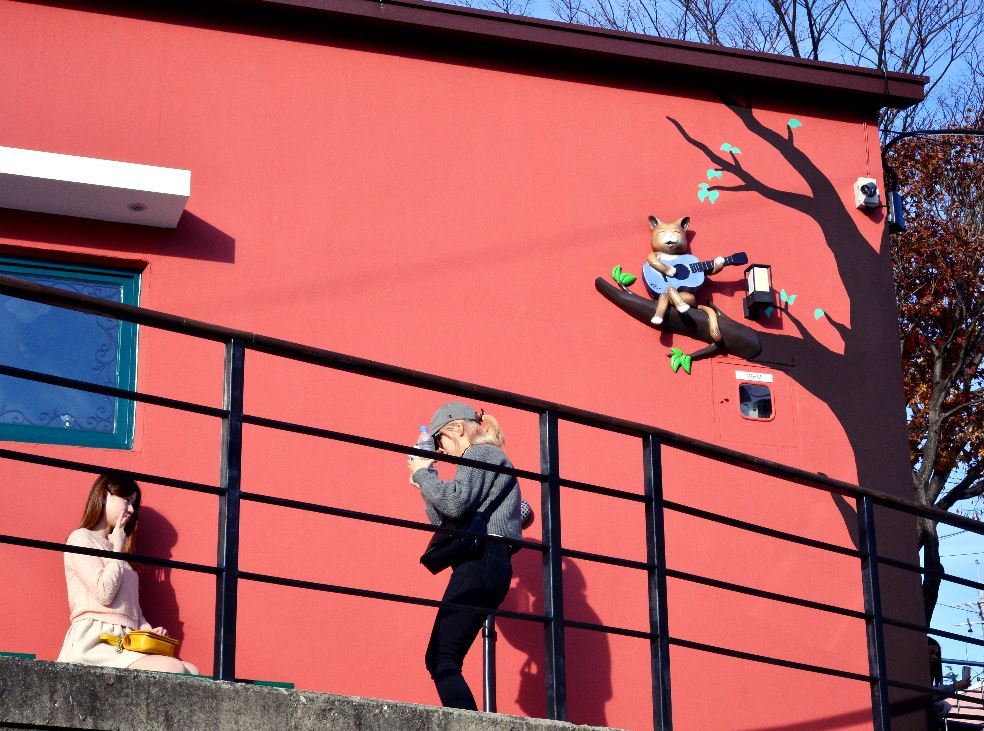 Gamcheon’s unique appeal stems from its past of being a ghetto for poor, displaced people after the Korean War (1950-53). It remained a shantytown until 2009, when a project to rejuvenate the village with art was launched. 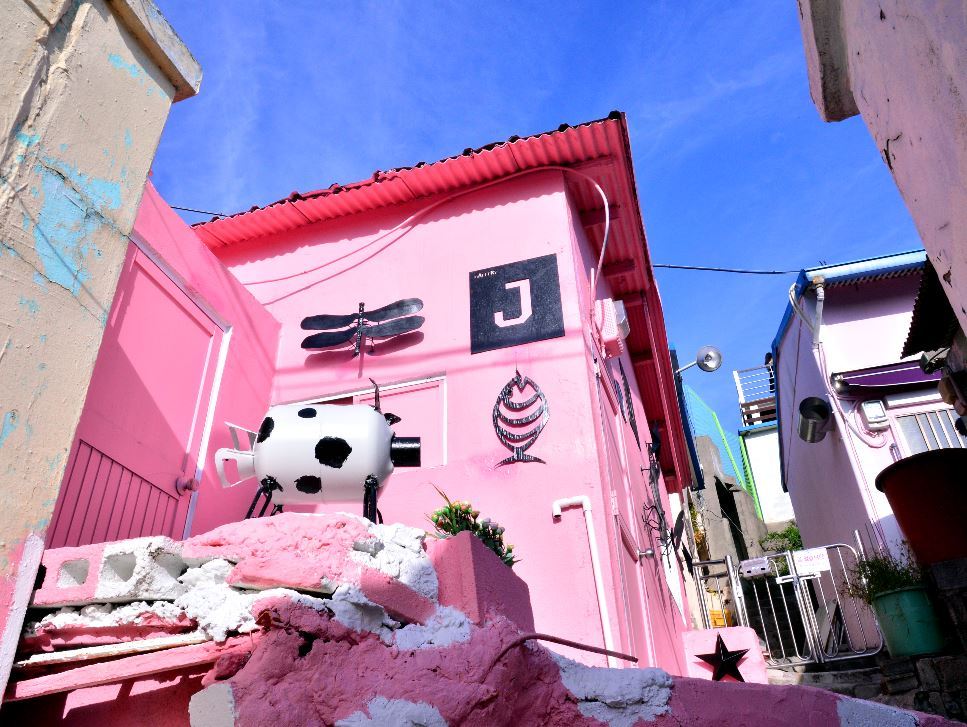 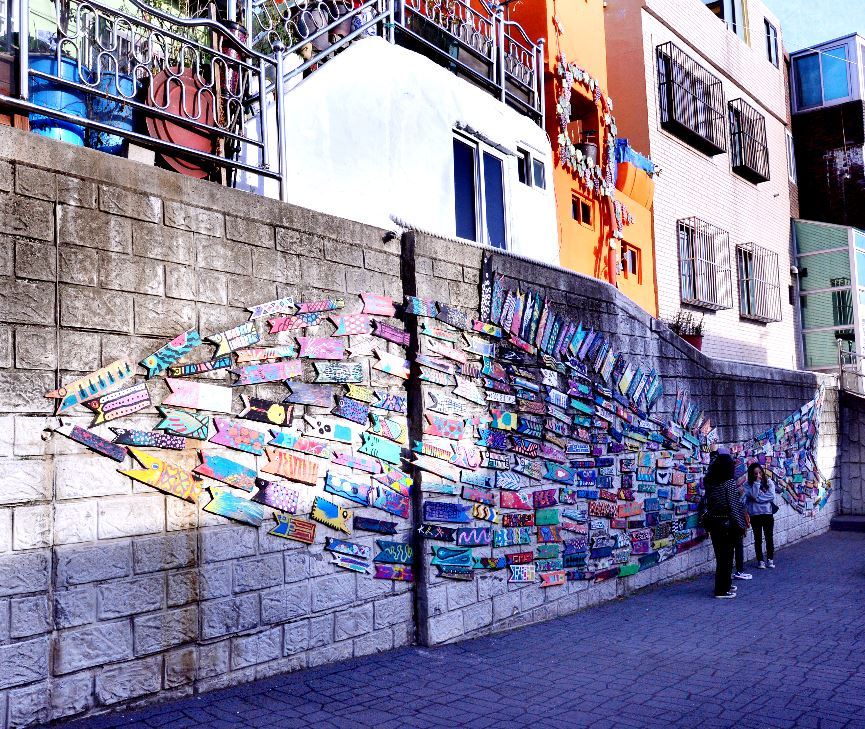 The village had been left untouched in the wave of urban renewal projects in the 1980s and 1990s. It had to take a different path, as its steep topography was a bane for the construction of apartment buildings.

Now, Gamcheon is hailed as a model for urban renewal.

“In the past, Gamcheon was a slum. It is located on a steep mountain slope. The village is clean, organized, empowered. Gamcheon Culture Village is a busy tourist destination. It should be an inspiration,” the Indonesian president tweeted after his visit to the village.