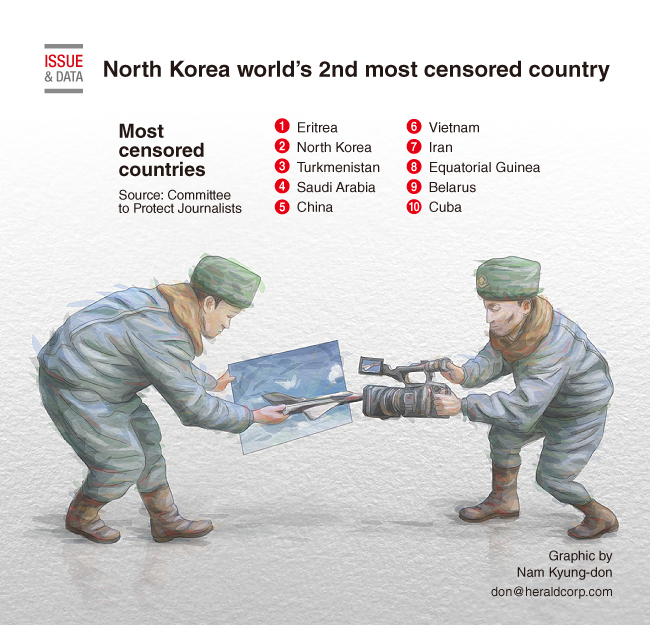 Access to the internet is restricted to the political elite, with some schools and state institutions having access to a tightly controlled intranet, according to the report. The African country of Eritrea topped the list.

The evaluation was based on a number of benchmarks, including the absence of privately owned or independent media, blocking of websites, jamming of foreign broadcasts and surveillance of journalists, the committee said. (Yonhap)