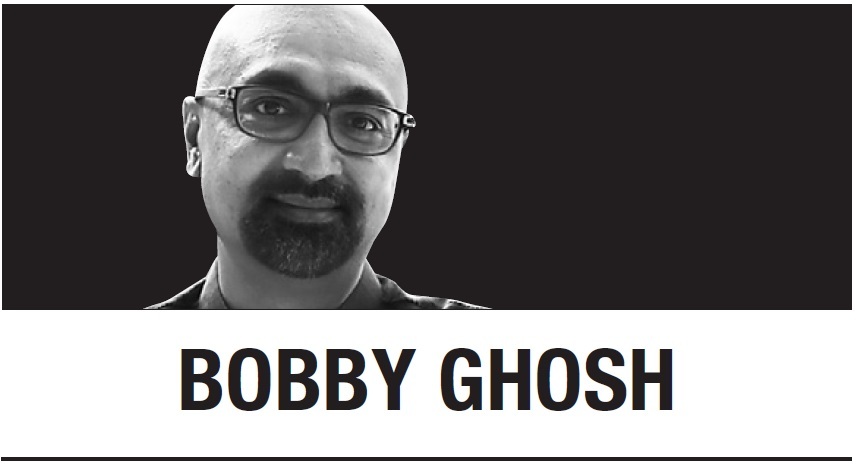 When President Donald Trump arrives at the Group of 20 summit in Osaka on Friday, many of his peers will want to discuss bilateral crises with him: China’s Xi Jinping about their trade spat, Turkey’s Recep Tayyip Erdogan about the purchase of Russian missile-defense systems and Japan’s Shinzo Abe about Trump’s bizarre notion about ending their bilateral defense pact. They will also want to hear from him about a crisis that affects them all: the confrontation with Iran.

That crisis has grown more acute since the group last gathered. Neutral shipping has been attacked, oil installations bombed, an American drone shot down and a supreme leader placed under sanctions. Despite protestations from Washington and Tehran that neither side wants war, the conclave in Osaka will rightly be anxious about the enormous human cost and great economic harm of such a conflict.

At their December meeting in Buenos Aires, Trump would have struggled to get a patient hearing about his position on Iran. He had only recently pulled the US out of the 2015 nuclear deal with Iran, known as the Joint Comprehensive Plan of Action, and the other signatories -- the European Union, Germany, France, China, Russia and Britain -- were still reeling from that move. Meanwhile, Iran was still abiding by the bargain, allowing for hope that the deal could yet be salvaged without the US.

The other signatories can now harbor no illusions that they can keep the JCPOA alive without the US: no company in Europe, China or Russia dares to brave American sanctions. More important, Iran’s recent reckless behavior has alarmed the Europeans -- they have officially warned Tehran that breaking its JCPOA commitments would have serious consequences. They are not pleased with attacks on oil tankers, either.

So Trump may arrive in Osaka as close as he will ever be to having a sympathetic audience. That makes it a good time to explain what his Iran policy is -- and, just as important, what it isn’t.

He should start by clarifying his ultimate objective. It can’t be about regime change: something that economic sanctions rarely achieve, and nobody wants a war. Nor can it be simply about getting a better nuclear deal than the Barack Obama administration -- by extending the uranium-enrichment embargo by, say, 15 years.

If Trump wants to improve on Obama’s deal, he must insist on a genuinely comprehensive pact, extending beyond Iran’s potential nuclear threat to include its ballistic-missile program, its promotion of terrorist groups and proxies across the Middle East, and other bad behavior. In exchange for such a grand bargain, he should offer more than Obama did -- the removal of all sanctions, and the prospect of favorable trading terms with the US and its allies.

He should add that compliance by Tehran would earn full Western backing for a pact between Iran and its regional rivals, Saudi Arabia and Israel, with the aim of ending their mutual hostility, and perhaps even incorporating voluntary arms-limitation treaties. (Serendipitously, the 2020 G20 summit will be in Riyadh).

The Iranians have frequently invoked the phrase “more for more” to promise concessions in exchange for the easing of nonnuclear sanctions. Trump should give them, and the world, a clear picture of how he sees “more for more.”

To receive a sympathetic hearing, Trump should show some sympathy, too -- toward the millions of Iranians who share the pain of American sanctions. He can point to the targeted sanctions on Iran’ Supreme Leader Ayatollah Ali Khamenei and top military commanders as proof that his main goal is to hurt the regime. To underscore this, he must announce full US backing for a Swiss channel to deliver medical and other humanitarian goods to Iranians. And, if he is really serious, he could lift the ban on Iranians traveling to the US.

Will Iran go along with any of this? Not anytime soon, to judge by Khamenei’s rejection of recent offers of mediation and negotiation. But with every passing month that the sanctions hurt the Iranian economy, the ayatollah’s position can only weaken. Trump should make it clear that he’s in no hurry, and that the US will not in the meantime respond unilaterally or disproportionately to the Islamic republic’s provocations. If Iran goes too far, he should tell his audience, it will deserve a response from them all.

Trump cannot hope to leave Osaka with a consensus behind his policy. He may not even extract an open endorsement from the Europeans. But if he can clarify his position, he will leave his summit colleagues less room to disagree with him -- and the Iranian regime with no illusions about his intentions.


Bobby Ghosh
Bobby Ghosh is a columnist and member of the Bloomberg Opinion editorial board. -- Ed.