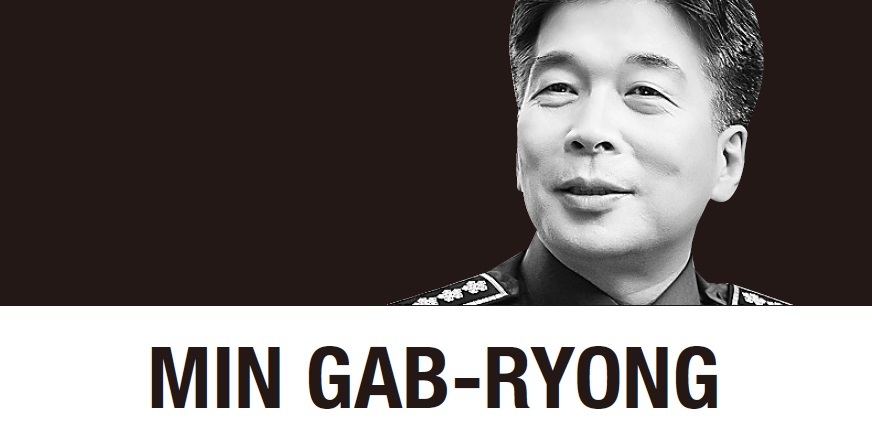 Universal usage of the internet has allowed humanity to venture into a domain our ancestors would have never dreamed of: cyberspace. The extensive freedom and convenience brought by the development of information and communication technology makes it very difficult to recall the days that lacked the fancy tools and services we relish today. Can modern man’s life be described well without referring to cyberspace and the connectivity it brings? Most would say otherwise.

This shift toward this dazzling new world did not come free of charge. Criminals are always among the first to venture into a new world, and cyberspace was no exception. Cyber intrusions, often simply referred to as “hacking” by the general public but which are much more diverse than this may suggest, have been a serious concern in the area of national security.

Cyber-enabled crime, which ranges from internet fraud to online drug dealing, is inducing substantial damage to the safety and property of the citizenry. Illegal content, such as online child sexual exploitation and illegal gambling, has sadly found its cozy hideout in cyberspace, causing a destructive impact on a vulnerable population.

In the face of these daunting challenges, law enforcement agencies across the world have been focusing on strengthening their cyber functions, mainly through organizational reinforcement. The Korean National Police Agency was one of the very first to establish and operate a cyber-specific team within the organization. Today the capabilities of the Cyber Bureau, its investigators and analysts are recognized as among the best in the world.

However, the reform of organization, capabilities and equipment have not necessarily led to a reduction in cybercrime. Rather, cybercrime is on the rise every year, with conventional criminal activities swiftly moving into cyberspace. Murder, robbery, drugs, violence and fraud all take place online, in a somewhat more sophisticated and more global form. Criminals use servers and services located overseas to cover their tracks, and their money mules are foreign organized crime groups beyond the reach of Korean law enforcement. The legal institutions that govern cybercrime and the relevant actors differ from one country to another. A mixture of overlapping and sometimes contradicting legislation, combined with fussy jurisdictions, makes it very difficult for law enforcement agencies across the world to respond strictly and swiftly to evolving cybercrime.

Thus, it is very clear: Countries cannot deal with cybercrime on their own.

No other crime has been more transnational than cybercrime, and countries need to work together to make a difference. The KNPA recognizes this issue, and for 20 years, it has had international cooperation teams that specialize solely in cybercrime. Their main task is to actively initiate joint operations together with foreign law enforcement agencies, to better respond to and to deter transnational criminal activities. As a result of the continuous efforts to expand cooperation, the KNPA now works directly with many different law enforcement agencies across the globe, using direct law-enforcement-to-law-enforcement channels for cybercrime investigations. Such cooperation has enabled the KNPA to unravel multiple cold cases, apprehend criminals at large and secure the most valuable pieces of digital evidence.

The International Symposium on Cybercrime Response 2019, hosted recently by the KNPA, is also in line with such efforts to strengthen global collaboration for cybercrime deterrence. Marking its 20th anniversary this year, the ISCR welcomed more than 1,200 participants from 67 different countries and eight international organizations. By creating a platform in which all participants -- law enforcement, regulatory and research agencies, the private sector and academia -- could share new ideas and strategies to better respond to cybercrime in a swifter and more effective manner.

The message the symposium sent was simple, yet grave. Cooperation and communication between stakeholders are crucial. Prompt arrests of cybercriminals, forfeiture of cybercrime proceeds and effective preventive measures for victims can only be achieved when all members across the world work together under a common goal of creating a safer cyberspace.

The public, the government and the private sector of each and every country should be included in the cyber safety net, or else there will be always a loophole for criminals to exploit.

I deeply recognize the impact of cybercrime on the lives of the people, and as commissioner general I seek to change the negative flow of cybercrime.

The conventional narrative for crime deterrence was to be “tough on crime.”

The KNPA will still demonstrate its toughness through investing heavily in raising a specialized workforce for cybercrime investigations and digital forensics.

However, the KNPA will go beyond that and explore new means to deter cybercrime, by seeking answers in the cyber community and infrastructures used by the criminals. To this end, the KNPA will initiate more proactive preventive measures for the people and vigorous international cooperation with foreign investigative agencies and global information technology companies. Active communications and collaboration between police and the people, between government agencies and the private sector and, most importantly, between countries will make a direct deterrence impact on cybercrime, and one day we may finally welcome a crime-free cyberspace.