Earlier this month, Japan's foreign ministry said France has decided to support its monitoring of ship-to-ship transfers with North Korean-flagged vessels banned under the UN sanctions. 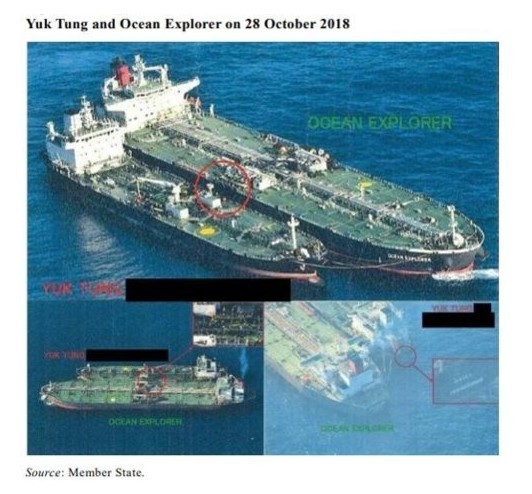 Calling the move a "last-ditch effort" to hamper the peace process in the region, the North's Korean Central News Agency said in a commentary that Japan is trying to escalate tension in the region "against the trend."

"It is the real intention of the Japanese reactionaries to show their existence by inveigling countries out of the region into monitoring the DPRK's activities under the pretext of the implementation of the UN Security Council's 'sanctions resolutions' and thus provide an environment favorable for militarization," it said.

DPRK is the acronym for North Korea's formal name, the Democratic People's Republic of Korea.

The KCNA said Japan will be faced with a more "miserable position" marginalized from the current detente in the region if it continues its "hostile policy" against the North.

The commentary, however, did not mention the United States, which sent a Coast Guard vessel to Japan earlier this month to strengthen monitoring of the illicit maritime activity.

In a recent annual report, the UN said North Korea "continues to defy Security Council resolutions through a massive increase in illegal ship-to-ship transfers of petroleum products and coal." (Yonhap)