[Lee Hyuk] In celebration of 30th anniversary of ASEAN-Korea relations 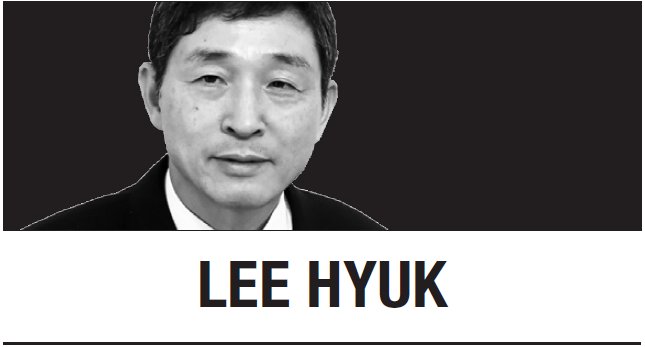 It was in 1989 when the Association of Southeast Asian Nations and Korea established dialogue relations. This was a historic achievement for Korean diplomacy, as the establishment of ties with ASEAN had an overarching impact on Korea’s foreign policy.

In that year, the Berlin Wall also came down, triggering the collapse of the Communist bloc and the end of the Cold War. The fact that Korea expanded its diplomatic horizon to Southeast Asia has brought tremendous political, economic and sociocultural cooperation and exchanges between the two.

Over the last 30 years, we have witnessed enormous changes in the relationship between the two regions. In 2018, our trade volume reached $160 billion, a quantum leap from $75 billion in 1989. ASEAN is now Korea’s third-largest investment destination, following the United States and European Union. The ASEAN region continues to enjoy the status as the most popular tourism destination among Koreans, with about 8 million visitors last year.

Furthermore, we have seen rapidly growing awareness and fondness of each other particularly as the Korean Wave -- including K-pop, TV dramas, films, cosmetics, food and fashion -- has now become a part of daily life among many Southeast Asians, and Koreans are increasingly attracted to Southeast Asian food and enchanting tourism sites, as well as the unparalleled hospitality of its people. More than 500,000 ASEAN residents constitute an important part of Korean society, contributing to bringing the two regions and peoples closer to each other.

Southeast Asia has historically been a strategically important area not only for its huge economic potential, but because of its geopolitically critical location where major global and regional powers, such as the US, China, Japan and so forth, have been vying for influence.

Over the decades, the ASEAN bloc has been wisely taking advantage of its strategic capital, especially by initiating such annual summit-level meetings as ASEAN Plus Three (Korea, China and Japan) and the East Asia Summit that encompasses major powers including the US, Russia and India. The fact that the recent two summit meetings between President Donald Trump and Chairman Kim Jong-un were held in Singapore and Hanoi is a manifestation of ASEAN’s growing role in the global arena.

Southeast Asia’s economic integration is well underway, which will ultimately benefit all 10 member states. Under the spirit of “unity in diversity,” it will grow into a thriving economy fully utilizing both the similarities and differences among its members.

Korea is in a unique position with ASEAN. We share similarities in our history in suffering imperialistic greed, in East Asian culture and in a yearning for better future. This is why our two peoples can understand each other, like each other, respect each other, feel close to each other and learn from each other.

The Korean government, with the New Southern Policy as a guiding principle, has been working hard to hammer out the concrete directions in pushing forward its partnership with ASEAN. In celebration of our 30 years of ties, the special summit meeting of Korea and ASEAN is going to be held this year in Korea. This gathering of leaders from Korea and 10 ASEAN nations will serve as a historic milestone in elevating -- both symbolically and practically -- our already strong partnership and friendship to new heights.

The ASEAN-Korea Center, an intergovernmental organization founded upon agreement between the governments of Korea and ASEAN nations to promote cooperation and exchanges in diverse fields between the two sides, also celebrates its 10th anniversary this year. Building on the achievements for the last 10 years, the ASEAN-Korea Center will continue to grow further into an institution always ready and eager to go the extra mile in helping realize the ever-thriving ASEAN-Korea community.

I hope that peoples of ASEAN and Korea will deepen their understanding of each other in this meaningful year so that the basis for furthering the ties may get stronger than ever.


Lee Hyuk
Lee Hyuk is the secretary-general of the ASEAN-Korea Center and a former Korean ambassador to Vietnam and the Philippines. -- Ed.