“Through Fen-Ma Liuming, the audience is able to clearly peek into the vague and unpredictable contradictions and conflicts concerning identity, gender and the expressions of absolute beauty of human beings,” said Ji Shaofeng, director of the Hubei Museum of Art, in a statement. “For Ma Liuming, the decision to use his own body as a medium was both strategy and had political intentions.”

Having majored in painting at Hubei Institute of Fine Arts, Ma became interested in performance art in 1989. He officially began his art performance career in 1993, sometime after he joined other young artists living in the poor conditions of the avant-garde artistic community of East Village in Beijing. 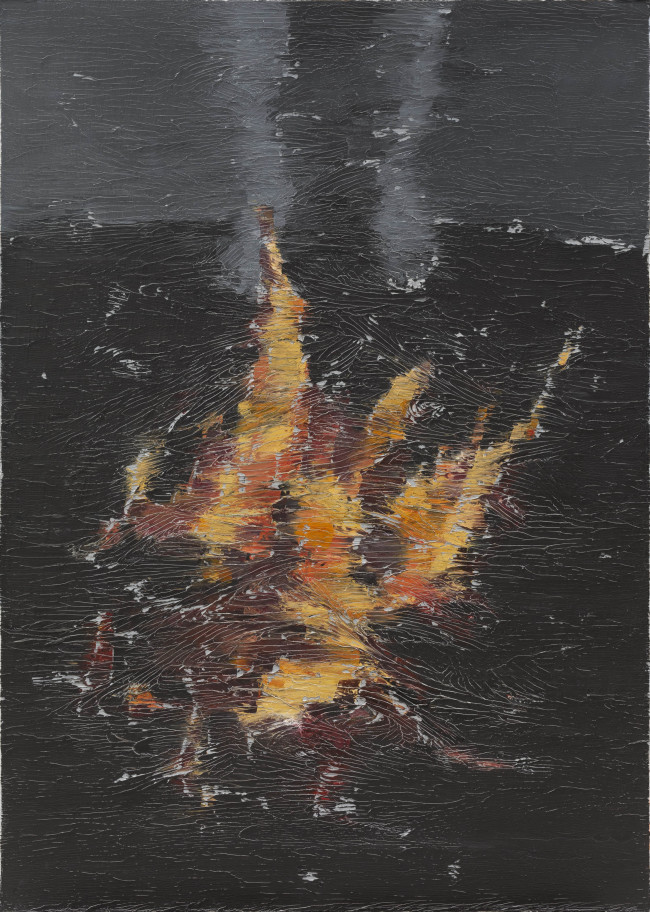 "No. 1" by Ma Liuming (Hakgojae Gallery)
In the village, Ma also befriended the collaborative art duo “Gilbert and George,” referring to Gilbert Prousch and George Passmore.

“When Gilbert and George held a performance, I was very much shocked. So much impressed by the performance, I had to jump up to the stage close to the end. Later they asked me why I jumped on the stage and also if they can see one of my works. It became my first art performance,” Ma said during a press conference held Friday.

The performance Ma introduced to Gilbert and George was one where he stripped off his shirt and cut a bag of red ink hidden in the ceiling, which then ran down his upper body. From then on, Ma came to use his body as a medium of expression to deal with bio-political issues.

Ma earned international recognition through his 1998 performance “Walks the Great Wall,” in which he walked on the Great Wall naked. In 1999, Ma was invited to the 48th Venice Biennale and the third Gwangju Biennale.


Ma is well-known for his 2001 performance in Montreal, where he introduced a work based on Joseph Beuys’ 1965 work “How to Explain Pictures to a Dead Hare.” The artist’s latest exhibition at Hakgojae includes a painting that reproduces a scene from the 2001 performance.

Other paintings introduced at the gallery space are those created using layers of paint and cracks etched with a knife.

Ma’s latest exhibition at Hakgojae Gallery is his first in four years.