[Graphic News] More than 50% of seniors engage in economic activity 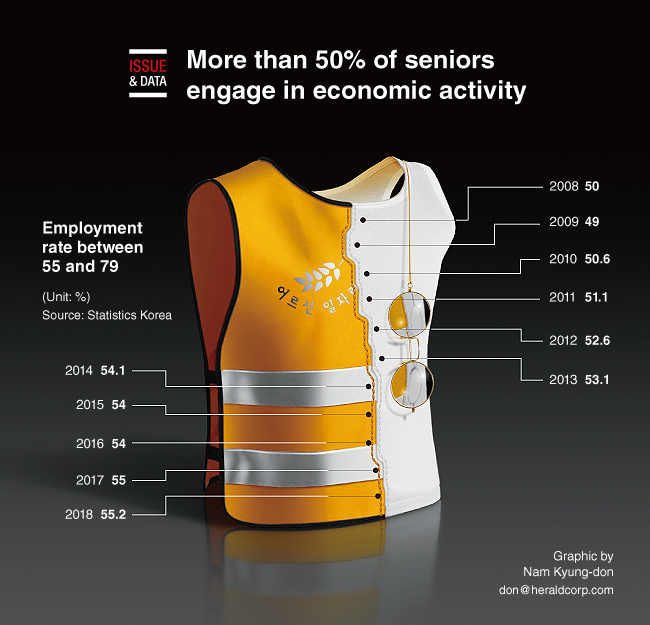 Over 50 percent of South Korea's elderly are engaged in economic activity due to lack of preparation for retirement, and many are doing so for a living, government data showed.

The employment rate was 55.2 percent, up 0.2 percentage points over the same period.