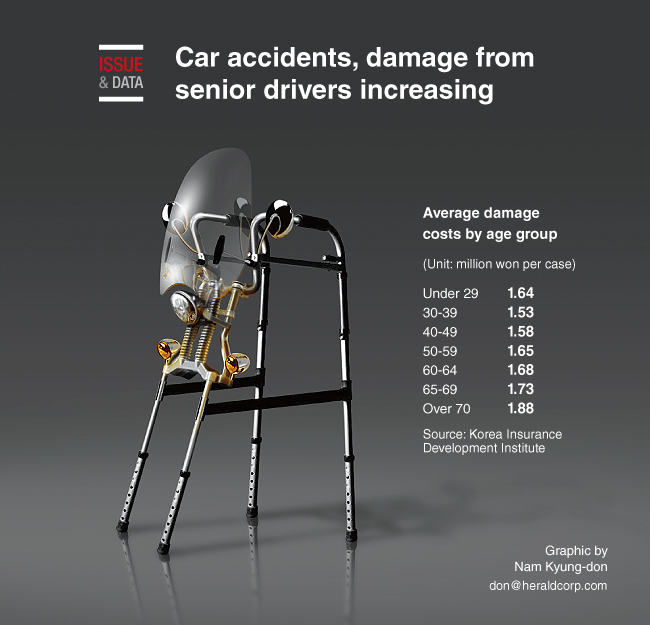 The number of car accidents caused by senior drivers more than quadrupled over the past 10 years, according to data.

The accident tally for private drivers from the Korea Insurance Development Institute showed there were some 29,000 accidents caused by drivers aged 70 or over, up from 7,000 in 2006. These senior drivers last year accounted for 3.8 percent of all car accidents, up from 1.3 percent in 2006.

The amount of damage caused by elderly drivers consequently increased, from 53.8 billion won ($49 million) in 2006 to 304.8 billion won last year. Last year’s sum came to 4.2 percent of the total, up from 1.3 percent 10 years ago. The average damage caused by senior drivers was higher than for all age groups, amounting to 1.88 million won per case compared with the overall average of 1.62 million won.