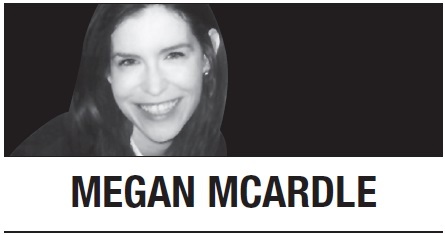 Almost two months after his first secretary of health and human services stepped down, Donald Trump has finally nominated a replacement: Alex Azar, the former president of Eli Lilly’s operations.

Azar’s name is not widely known outside Washington, or even particularly well known here inside the Beltway. He’s an interesting choice, not just because of his background as a pharmaceutical executive, but also because of what his nomination suggests the administration has learned over the past year.

When Trump came into office, promising to “drain the swamp,” supporters hoped that he represented a new era in Washington, one in which the apparatchiks of the old regime would be replaced by outsiders -- business people, insurgent populists like Steve Bannon, and, I guess, minor celebrities like Omarosa. The president has indeed brought such outsiders, and the expected chaos. But the swamp has not been drained.

There are two areas where Trump supporters can point to meaningful progress. The first is the appointment of judges. A lot of people who didn’t support Trump in the primary nonetheless pulled the lever for him in the general election, because they wanted more conservative judges on our nation’s courts, particularly the highest one. Those people got at least one thing that they wanted.

The other area where the Trump administration can point to achievements is in regulatory reform. These achievements are modest, to be sure, not the fulfillment of the swashbuckling “burn it all down” hopes that were sometimes expressed. But at least in some agencies, a reformist agenda is moving forward. Perhaps ironically, those places tend to be run by denizens of the swamp, like Ajit Pai at the FCC and Scott Gottlieb at the FDA.

It would probably surprise a lot of people to hear that some of the most effective work of the Trump administration is being done by the very insiders his campaign so denigrated. And yet, it’s entirely predictable. The romantic notion of the outsider who comes in and shakes things up? It rarely works in real life.

That’s because bureaucratic organizations -- and I include in this category schools, large corporations and the military, along with the much-reviled civil service -- have immense power to stymie change simply by stopping information from flowing. That’s what a bureaucracy is, in the end: a vast machine for managing the flow of information, transmitting collected facts upward, and decisions downward. If the machine’s sentient cogs decide to gum up the works, the people at the decision end will have a heck of a time even figuring out what’s going on, much less figuring out how to make the machine turn out different results.

It’s a far cry from our civics-lesson ideal of dedicated public servants dutifully carrying out the orders of the folks whom voters have selected. It is also inevitable. There is no organization in the world, public or private, that has managed to make the machine work like a servile automaton, rather than a collection of people who will stubbornly exercise their free will, even if it gets in the way of the leadership’s carefully laid plans.

The problem is very difficult to overcome by shock-and-awe tactics, even if you have more latitude to fire people than the federal civil service offers; that’s why Stalinist Russia never managed to KGB its way to prosperity. It can certainly be mitigated by a highly collegial organizational culture, but that is hard to achieve in agencies whose heads turn over every few years. It can also be at least partially overcome by inspirational leadership that instills devotion in the ranks. But the ranks rarely offer devotion to outsiders who know little about their work, and have publicly disrespected both the employees and their mission.

Who, then, is most likely to be able to reform the machine? Someone who comes in already knowing how it works, having previously labored in its labyrinthine innards. Someone who has connections to people in the organization on whom they can call when they want something done; someone who knows which staffers to trust and which ones should be (adroitly!) encouraged to retire; someone who knows all the tricks to bypass a faulty wire or malfunctioning valve. Someone, in short, who reeks of swamp.

Alex Azar is not a full-blooded marsh-dweller, but he has worked at HHS before, under President George W. Bush. This bodes well for his department’s ability to act, at a time when the organization desperately needs action to steer it through the travails of Obamacare’s fifth year. And perhaps optimistically, I wonder if the appointment might not signal a subtle shift in the Trump administration’s thinking, away from radical insurgents and toward people who understand the need for change -- but also have realistic ideas about how those changes can be made.