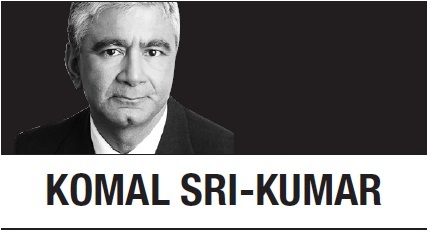 There was much goodwill during President Donald Trump’s Asian tour.

He was greeted warmly by Prime Minister Shinzo Abe of Japan and became the first US president to be the guest of honor at a state dinner in Beijing’s Forbidden City. Markets were less impressed, however, and noted that Trump received no trade concessions from either Asian power.

Trump said repeatedly during the presidential campaign that the large trade deficit was proof the US was being unfairly treated, and he vowed to correct the situation. The specific path the administration adopts to improve the trade balance -- whether through mutually beneficial trade accords, or by imposing new restrictions on imports -- will have vastly different outcomes for US multinationals and investors.

The urgency of Trump’s task is heightened by the increase of the US trade deficit with China since 2009. The shortfall was $347 billion in 2016 and could rise to a record $370 billion this year. Although the $250 billion in contracts involving US companies that were signed during his Beijing stay would provide future dividend earnings and capital gains, the amount includes transactions that had already been concluded, and others that have escape clauses allowing the parties to exit deals. In short, the major campaign promise shows no sign of being fulfilled based on the Trump trip.

Trump has said repeatedly he dislikes multilateral treaties such as the proposed Trans-Pacific Partnership and North American Free Trade Agreement that the US would like to radically revise, or even cancel. The president would prefer to negotiate bilateral treaties, which, he believes, would give the US greater negotiating advantage. One-on-one, the US could “punish” nations that take unfair advantage of American munificence.

The problem with seeking bilateralism is that it has no other takers. Canada, Mexico, China and Japan all want multilateral agreements. Similarly, the US will have to reach trade agreements with the European Union rather than negotiate individually with the 28 member nations. An accord involving several countries would increase their collective competitive advantage in global trade because they wouldn’t have to negotiate individually with each of the countries with which they have commercial relations.

Discord between the two positions was most evident in recent speeches by Trump and President Xi Jinping in which the latter firmly rejected making specific deals with the US on limiting Chinese exports. Instead, Xi championed globalization and, in the absence of the US, China is likely to become the leading trading nation and major export destination.

Already, the marginalization of the US in global trade was evident at the Asia Pacific Economic Cooperation Forum in Danang, Vietnam, on Friday and Saturday, where the other 20 countries endorsed a free-trade regime. There is a move to initiate the TPP even without the US. In a joint statement, the leaders lauded the work done by the World Trade Organization in fostering open trade and, in doing so, pointedly differed from Trump, who complained that the US has been treated unfairly by the WTO.

How the administration responds to these developments is key to future market moves. One path Trump could follow is to impose tariffs unilaterally on specific goods and against specific countries. Such a move would reduce the trade deficit at first pass, but would provoke retaliatory actions by the affected nations focused on export-items that are important to the US, or by limiting sectors in which US firms may invest.

Sales to foreign companies and individuals accounted for 43 percent of revenues of S&P 500 firms in 2016. Consequently, a trade war would significantly dent companies’ profitability and share prices. Among specific exports, count items as varied as Nebraska meat sales to Mexico (the state’s top export destination) and iPhone sales in China as potential victims in a trade war.

An alternative path the US could follow to reduce the trade deficit would be market-positive. Officials could conclude that since globalization will proceed with or without their participation, they would make the most of the situation. This would include seeking multilateral agreements but ensuring increased market access for US firms. An early test of the approach that the Trump administration follows will come in NAFTA negotiations involving Canadian, US and Mexican officials that were set to resume in Mexico City on Wednesday.

There is a fork in the road of trade negotiations. Whether the Trump administration pursues restrictive practices to limit the deficit, or gains strength through favorable multilateral treaties, would have very different results for companies’ share prices.

Komal Sri-Kumar is the president and founder of Sri-Kumar Global Strategies and the former chief global strategist of Trust Company of the West. -- Ed.