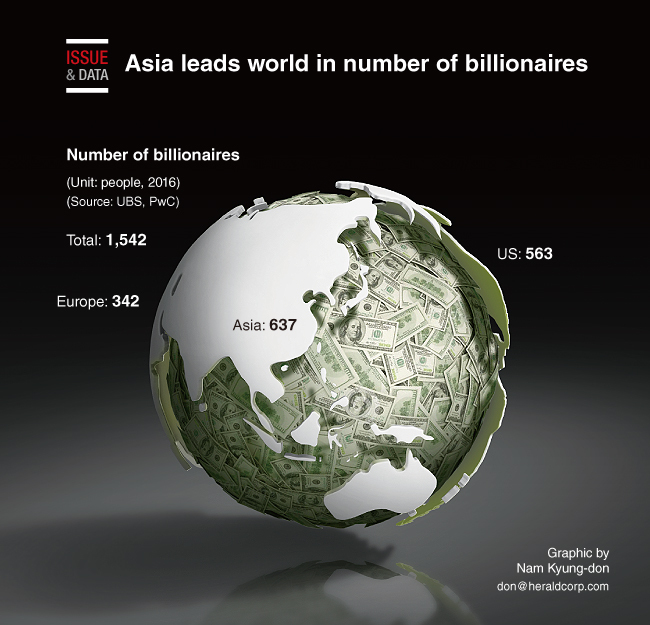 The number of billionaires worldwide rose above 1,500 last year, a 10 percent jump from 2015, due largely to a surge in Asia.

In an annual report, Swiss banking giant UBS and auditors PricewaterhouseCoopers said that last year marked the first time it recorded more billionaires in Asia (637) than in the United States (563), crediting the rise of China‘s entrepreneurs.

Europe took trailed in the report’s billionaire database with 342.

The total wealth controlled by the ultra-rich group also shot up to $6 trillion, marking a 17 percent rise on the previous year when billionaire wealth actually shrank, the report said.