[Graphic News] Thousands of IS fighters return to home countries; Russia No. 1 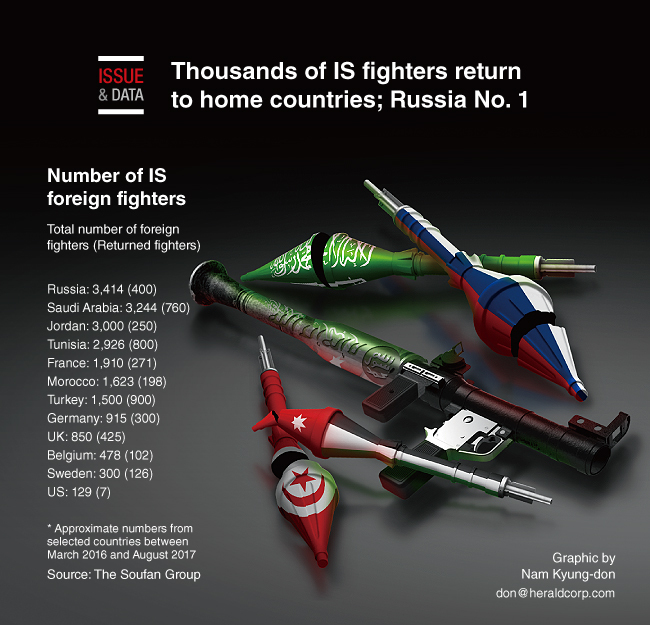 Russia is the top source country for ISIS fighters, with 3,414 of them joining the group. Four hundred have now returned home, as have 760 of Saudi Arabia‘s 3,244 fighters.

Across the European Union, 1,200 foreign fighters have returned out of 5,000 who flocked to war zones in the Middle East. The United Kingdom has the highest total in Europe with 425 individuals returning home while Germany and France have 300 and 271 respectively.

The report, released by the New York-based firm The Soufan Group, said “there are now at least 5,600 citizens or residents from 33 countries who returned home” in a situation that “represents a huge challenge for security and law enforcement entities” around the world.