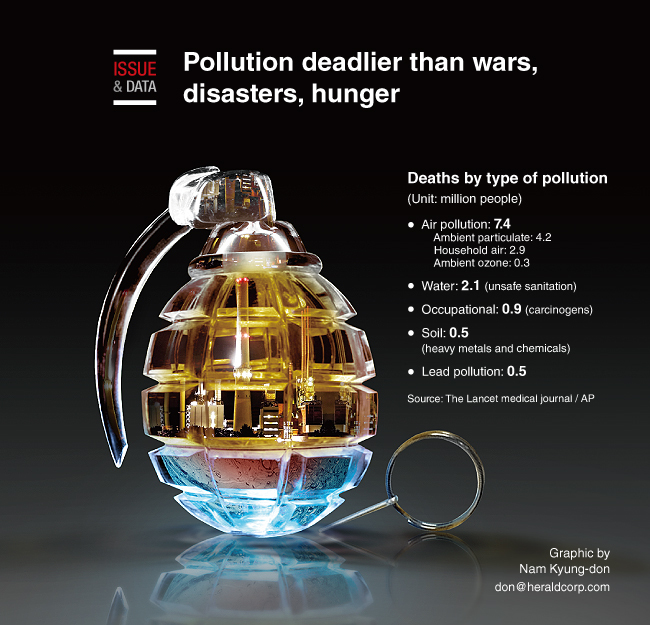 Environmental pollution - from filthy air to contaminated water - is killing more people every year than all war and violence in the world. More than smoking, hunger or natural disasters. More than AIDS, tuberculosis and malaria combined.

A major study released in the Lancet medical journal says 1 in 6 premature deaths in the world in 2015 - about 9 million total - could be attributed to disease from toxic exposure. The financial cost from pollution-related deaths, sickness and welfare is equally massive, the report says, amounting to some $4.6 trillion in annual losses - or about 6.2 percent of the global economy.

The report marks the first attempt to pull together data on disease and death caused by all forms of pollution combined.