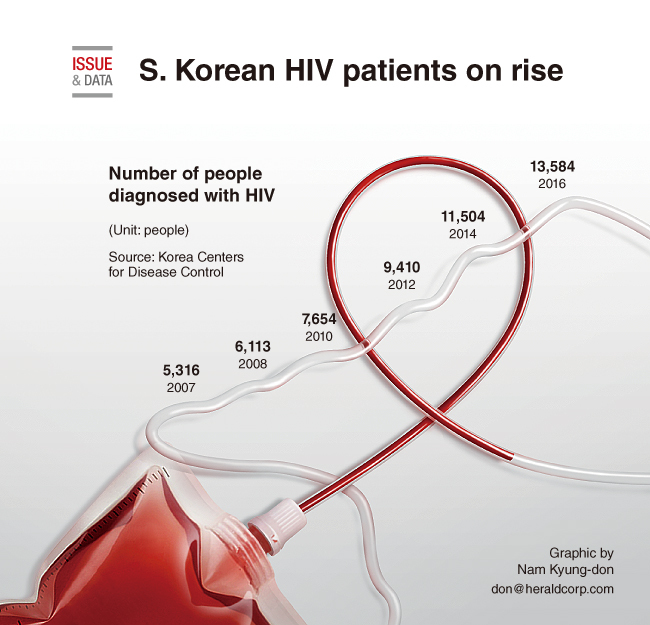 The number of people with HIV in South Korea has nearly tripled over the past 10 years, data showed last week.

A total of 13,584 people had been diagnosed with HIV in 2016, up from 5,316 tallied in 2007, according to data from the Korea Centers for Disease Control and Prevention submitted to the National Assembly.

HIV, or human immunodeficiency virus, is the condition that leads to AIDS, which has no cure or vaccine and can be fatal if left untreated.