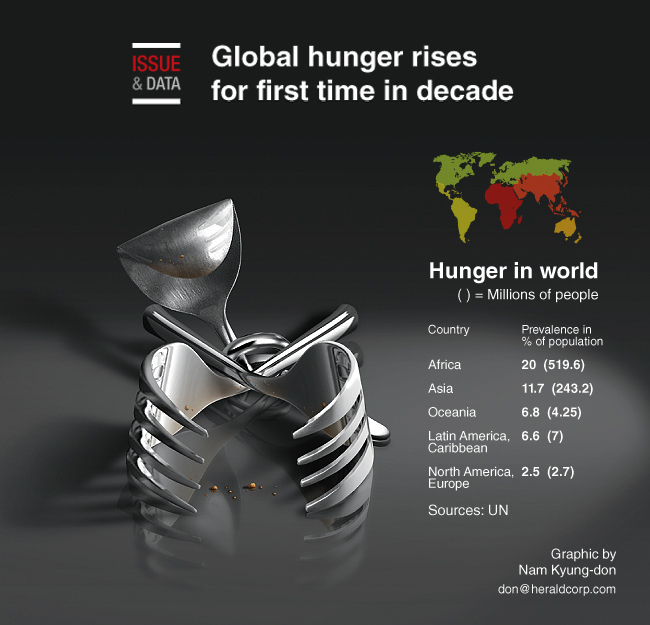 Hunger is on the increase across the globe once again after a decade of declines, a UN report said.

Most of the world‘s hungry people are in Asia and Africa, with 520 million and 243 million, respectively. But proportionally Africa is hardest hit, with 20 percent of people not having enough food -- in Asia the ratio is 11.7 percent, according to the report.

Overall, the number of chronically hungry people rose to 815 million, or 11 percent of the world's population, in 2016. The figure represents an increase of 38 million over the previous year.