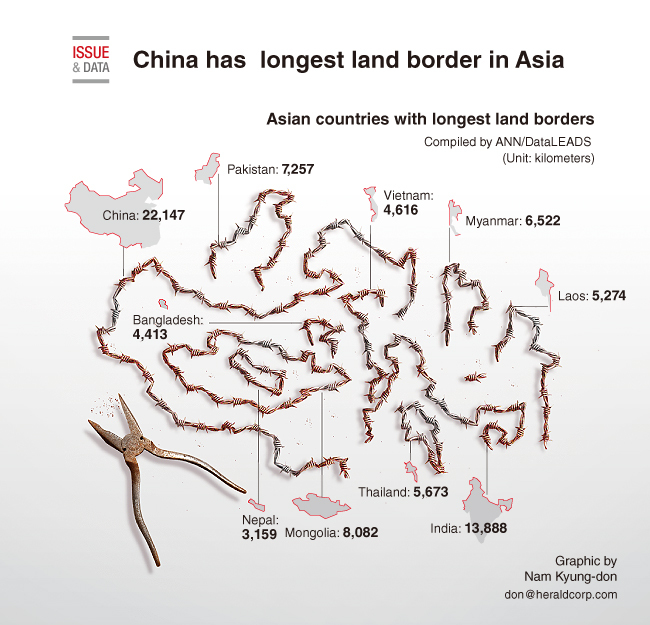 Many countries with land borders in Asia have long remained peaceful, others remain tense. Five Asian countries have no land border with other countries.

In a world of connected societies, border demarcation has been essential. When countries share a border, territorial disputes arise over tracts of land or water that are claimed by different independent countries.

China, the most populous nation on the planet, has 16 unique land neighbors, with 22,147 kilometers of land borders. It has border disputes with some of its neighbors including the biggest outstanding border conflict with India.