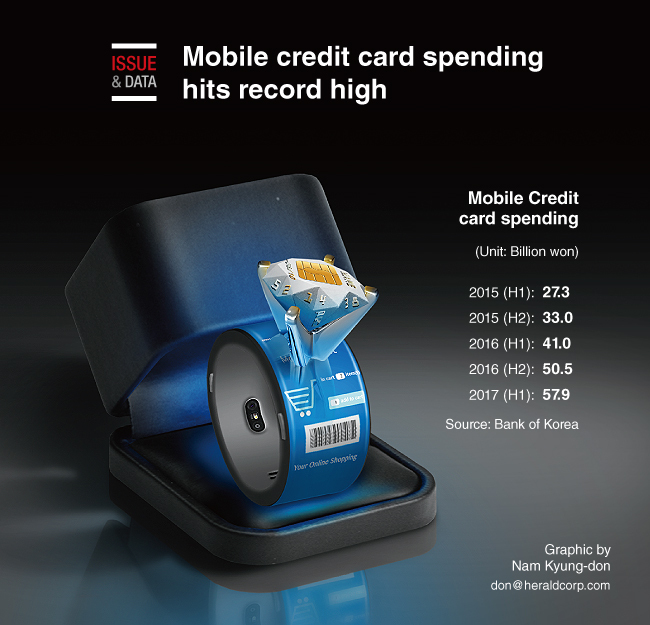 Average daily spending of mobile credit cards came to 57.9 billion won ($51.2 million) in the first half of this year, up 41.2 percent, data showed

The hike comes as a growing number of Koreans utilize smartphones to buy products ranging from clothes to electronic goods.

South Korea is one of the most wired countries in the world, with one of the highest smartphone penetration rates. Eight in 10 South Koreans use a smartphone, according to government data.