Defusing tensions over North Korea and the deployment of a THAAD missile defense battery will be key topics when US President Donald Trump holds a summit with Chinese President Xi Jinping, the White House said Monday.

White House press secretary Sean Spicer made the remark in response to news reports that Trump plans to host Xi at his Florida resort next month. Spicer said the two sides are working to set up a meeting, but no dates and other details have been determined yet. 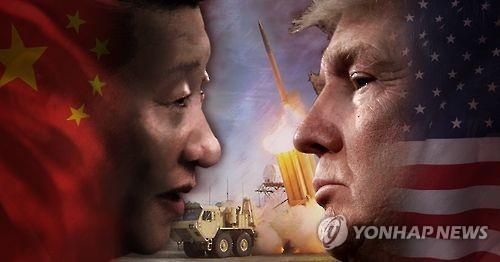 "Planning is ongoing for a visit between President Trump and President Xi at a date to be determined. We're not ready to confirm that. We will have more details," Spicer said. "It's the purpose of this meeting -- of that kind of meeting -- to help defuse tensions over North Korea and the recent deployment of a THAAD military battery to South Korea."

Any meeting between the US and Chin would necessarily cover a broad range of topics of mutual concern, he said, adding that further details will be fixed as Secretary of State Rex Tillerson is set to travel to the region later this week.

Earlier, the online news outlet Axios reported that Trump plans to host Xi at the Mar-a-Lago resort on April 6-7.

If the plans are confirmed, Xi will be the second foreign leader to be invited to Trump's Mar-a-Lago resort. Last month, Trump hosted Japanese Prime Minister Shinzo Abe at the Palm Beach resort after a White House summit, and they played golf together.

No golf is planned during Xi's stay, Axios said.

The main topics of discussions are expected to include North Korea.

Trump has made it a key priority of his administration to get China to exercise more leverage as the main energy and food provider for North Korea to rein in the provocative regime. Trump has long said that North Korea is China's problem to fix.

In a media interview last month, Trump said that China can solve the problem "very easily if they want to." He welcomed Beijing's recent decision to suspend coal imports from North Korea, but said China should put more pressure on Pyongyang.

Trump had even raised questions about why the US should adhere to the "one-China" policy of diplomatically recognizing only Beijing, not Taiwan, when China is not helping the US with the North Korea problem, though he later promised to respect the policy.

Trump and Xi could also clash over the deployment in South Korea of the US THAAD missile defense system.

China has railed against the deployment, claiming that the system, especially its powerful radar, could be used to spy on the country and undermine its nuclear deterrent, despite repeated assurances from Washington that the battery is designed only to defend against North Korean threats. (Yonhap)