North Korea has featured a flight crew of its flag carrier Air Koryo in a 2017 calendar of the communist country, obtained Thursday by Yonhap News Agency, in what is seen as an unprecedented move to revitalize its tourism industry amid international sanctions imposed over its nuclear and missile developments.

The calendar published by the state-run the Korea Publications Export and Import Corp. has the cover showing the airline's two pilots and five flight attendants. 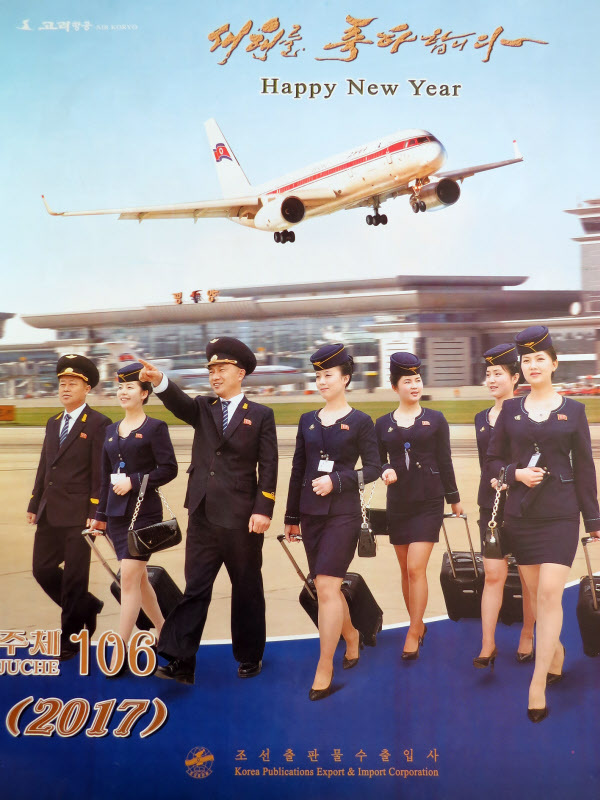 It carries scenes of the cabin crew at work such as arriving at an airport, giving safety instructions and offering in-flight meals, with the August side showing a flight attendant pouring the country's own brand of beer, Taedonggang.

The North's production of the calendar is interpreted as a move to overcome a foreign currency shortage by drawing more foreign tourists to the country at a time it has faced growing economic sanctions imposed by the international community over its nuclear and missile programs.

The calendar marks as holidays the birthdays of the country's former leaders -- the current leader's late grandfather, Kim Il-sung, and late father, Kim Jong-il -- but not that of current leader Kim Jong-un, which falls on Jan. 8.

The number of North Korean public holidays in the new year totals 71, three days more than this year, according to the calendar.  (Yonhap)