Hanjin Shipping’s container ship Hanjin Greece was able to dock at the Port of Long Beach on Saturday after the US bankruptcy court granted the company provisional protection from creditors in the United States.

Still, market watchers said the cash-strapped shipping company needs an estimated 170 billion won ($150 million) to complete the unloading. The expenses include the costs of services from coast pilots and tug boats as well as lashing and cargo checks. 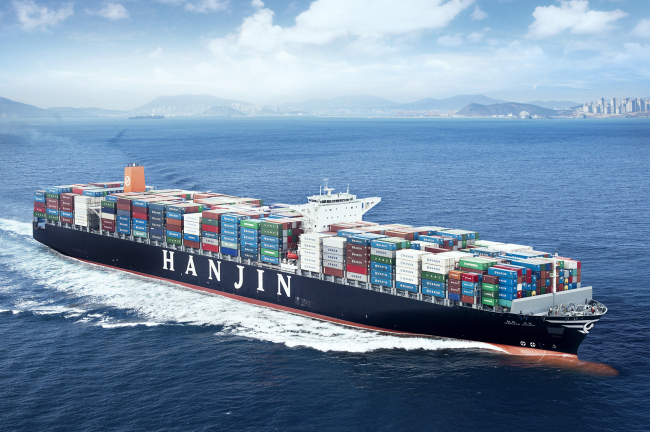 “In order to end the Hanjin Shipping trouble, it has to first deal with accounts payable to oil companies, unloading costs for terminal companies and railroad shipping expense,” the US-based lawyer Kim Jin-jeong told a local business newspaper Chosun Biz.

“The funding of 100 billion won to be provided by the group is too small to address the issue. The company desperately needs help from its creditors and the government,” he added.

Earlier, Hanjin Group, the parent company of the nation’s leading container shipping line, pledged to provide some 100 billion won, including 40 billion won of group chairman Cho Yang-ho’s personal assets, to the shipper, to help ease the cargo crisis triggered by the shipper’s receivership.

The board of directors of Korean Air, Hanjin Shipping’s biggest shareholder, also approved a proposed 60 billion won in assistance for its affiliate earlier on the condition that the loan be extended in exchange for collateral.

Creditors of Hanjin Shipping, led by the state-run Korea Development Bank, said it would not extend fresh financial aid to the ailing shipper currently under court receivership, calling on the shipper to provide collateral for any funding.

Some of Hanjin’s 128 ships are still stranded at sea as they were blocked from entering ports in China, Canada and many other nations, as lashing service firms and port workers refused to work for the shipper out of concerns that they would not be paid.