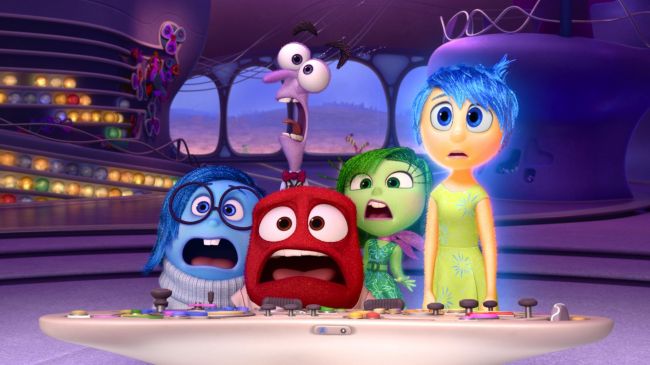 "Inside Out” (Walt Disney Studios Motion Pictures)
The colorful world of 2-D and 3-D characters is no longer an area exclusive to the little ones, it seems.

In recent years, large-scale animations that succeeded globally catered to both children and adults, with mature and layered plotlines.

Such projects’ success speaks volumes on the tweaks that can be made in the Korean animation industry to achieve a wider global reach, says Kim Won-gyu, director at the Korean Animation Producers’ Association.

“The U.S. animation industry has gained unparalleled expertise in delivering a plotline to satisfy kids, parents and everyone in between,” he told The Korea Herald in a phone interview.

One of the biggest difficulties that Korean animation producers face, however, is audience targeting, he said.

“Korean animations tend to clearly divide their target age segments -- films for children, for adolescents and for families,” Kim said.

But internationally, animations are going after a bigger pie.

One crucial example of an animated film reaping both artistic and financial successes globally and entertaining all age groups is the 2013 Disney hit feature animation “Frozen.”

When asked at a news conference in Seoul last year about the defining factors that propelled the movie to its phenomenal success, Disney producer Peter del Vecho highlighted the film’s “realistic story.”

There is a “richness and believability to the world” of “Frozen,” he commented.

Design-wise, careful attention was paid to the detail of the Nordic environment and the shape and light reflection of the snow crystals. Plot-wise, the emotional motivations of the characters were complex and relatable -- both to adults and to children, according to reviews.

“The story ... has to have many layers that allow it to play for all audiences,” Del Vecho added.

Some responded to the movie’s socially charged message, as “Frozen” broke away from the timeworn Prince Charming-saves-damsel in distress fairy tale plotline. Instead, it focused on the coming-of-age of the two heroines Elsa and Anna, with the male characters largely on the sidelines.

“I watched that movie at least three times in the theater, and even bought an Elsa figurine,” said a 25-year-old university student and active advocate of feminism, who asked to be referred to only as Kim.

“I know it must have been fun for kids to watch the sisters on an adventure, but for me, it resonated on a deeper level,” she said.

A more recent example of an animated movie with a more intricate plotline is the 2015 Pixar-Disney film “Inside Out.”

The film personifies human emotions, its core message conveying the complex notion that “joy and sadness aren’t opposites, they’re allies,” according to a review by U.K. online daily The Telegraph.

“It’s basically telling children that the innocent happiness of childhood will slip away soon, but that there’s another kind of joy in maturing,” said Suh Hye-sook, a 42-year-old mother of three. “Of course, children just like the whimsical, blue-haired characters, but I think they, too, on some level, understand that there’s something bigger waiting for them (in life). And for adults, it’s deeply moving.”

These global examples provide much food for thought for Korean animations, whose storylines have often been criticized for being overly didactic, moralizing and uncreative. Though top-notch in graphics technique, “Korean animations need to invest more in (creative stories),” Cecil Kim, a creative director who designed the popular online games “God of War” and “Final Fantasy IX,” said at a conference in Seoul last year. 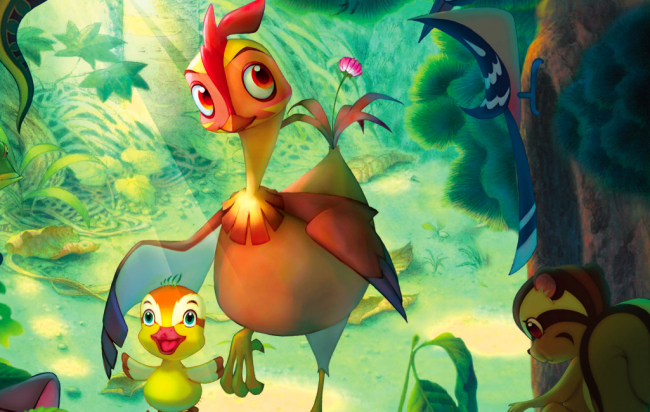 "Leafie, a Hen into the Wild” (Lotte Entertainment)
But Korean animations, too, are slowly veering away from conventional plots, said KAPA’s Kim.

One key example, he said, can be found in the 2011 animated film “Leafie, a Hen into the Wild,” produced by Myung Films and Odoltogi Productions.

Based on the adult fairy tale “The Hen Who Dreamed She Could Fly” by Hwang Sun-mi, the film tells the resounding and often sorrowful tale of unrequited dreams, motherly sacrifice and self-discovery.

“‘Leafie’ was considered artistically sound and tugged at adults’ heartstrings,” said Kim. The film is regarded a significant success by industry insiders, he said, as it garnered some 2.2 million viewers locally, and was sold abroad to the U.S. and nine other countries.

“On the other hand, it was considered too sad or at times too scary for children, with some bursting into tears in theaters mid-movie,” Kim added, emphasizing the difficulty of creating a layered storyline that delivers to all audiences.