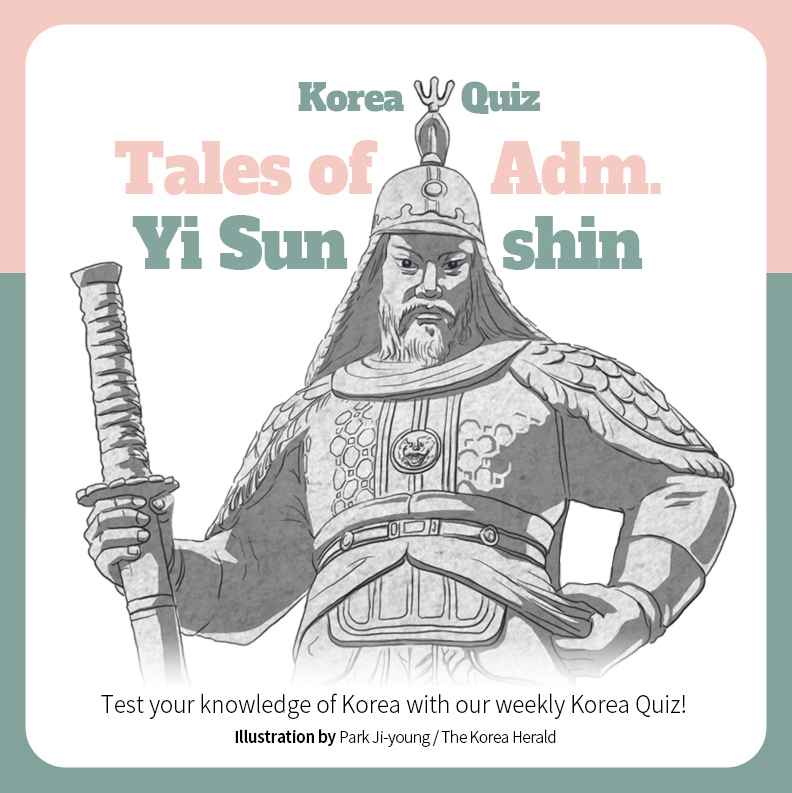 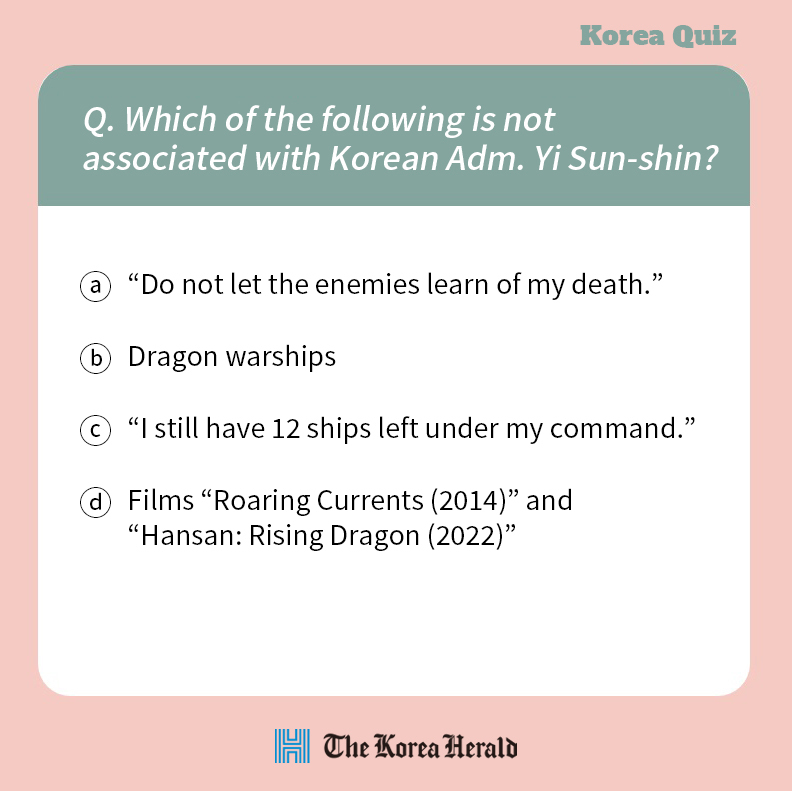 
Throughout its 5,000-year history, S. Korea has had no shortage of heroes. But only one claims the title of “Seong-woong,” roughly translated as “a sacred hero.”

Revered for his undefeated record, loyalty to the country and the people, and unwavering courage and resolve that made him a model military leader during the time of the Japanese invasion in the 16th century, the admiral has been immortalized in books and films.

Veteran actor Choi Min-sik portrayed him in the 2014 movie “The Admiral: Roaring Currents,” which to this day is the biggest box office hit in South Korea. The film shows Yi uttering the famous words, “Those wishing to die will live, and those wishing to live will die,” to his men prior to the Battle of Myeongnyang.

This meant he and his men could win the upcoming battle if they fought without fearing for their lives since they were sailing into an almost certain death: Yi was commanding 12 warships against over a hundred vessels of the Japanese armada. Not swayed by grim prospects, Yi told King Seonjo that Joseon Navy would prevail with the words, “I still have 12 ships under my command.”

The story of Yi continued on the silver screens with the “Hansan: Rising Dragon,” which takes place before “Roaring Current,” which opened this July. In this epic, directed by the same auteur Kim Han-min, a different acclaimed actor, Park Hae-il, plays Yi in the historic Battle of Hansando, in which Yi defeated an overwhelming Japanese force with the famous Turtle-shaped warships using a “crane’s wing” formation.

The last in the trilogy, yet to come, will cover the Battle of Noryang. Noryang was the last expedition of Yi, during which he was fatally shot and left what would be his most famous quote “Do not let the enemies learn of my death.”