Gonjiam Music Festival, dedicated to flute, to return next week 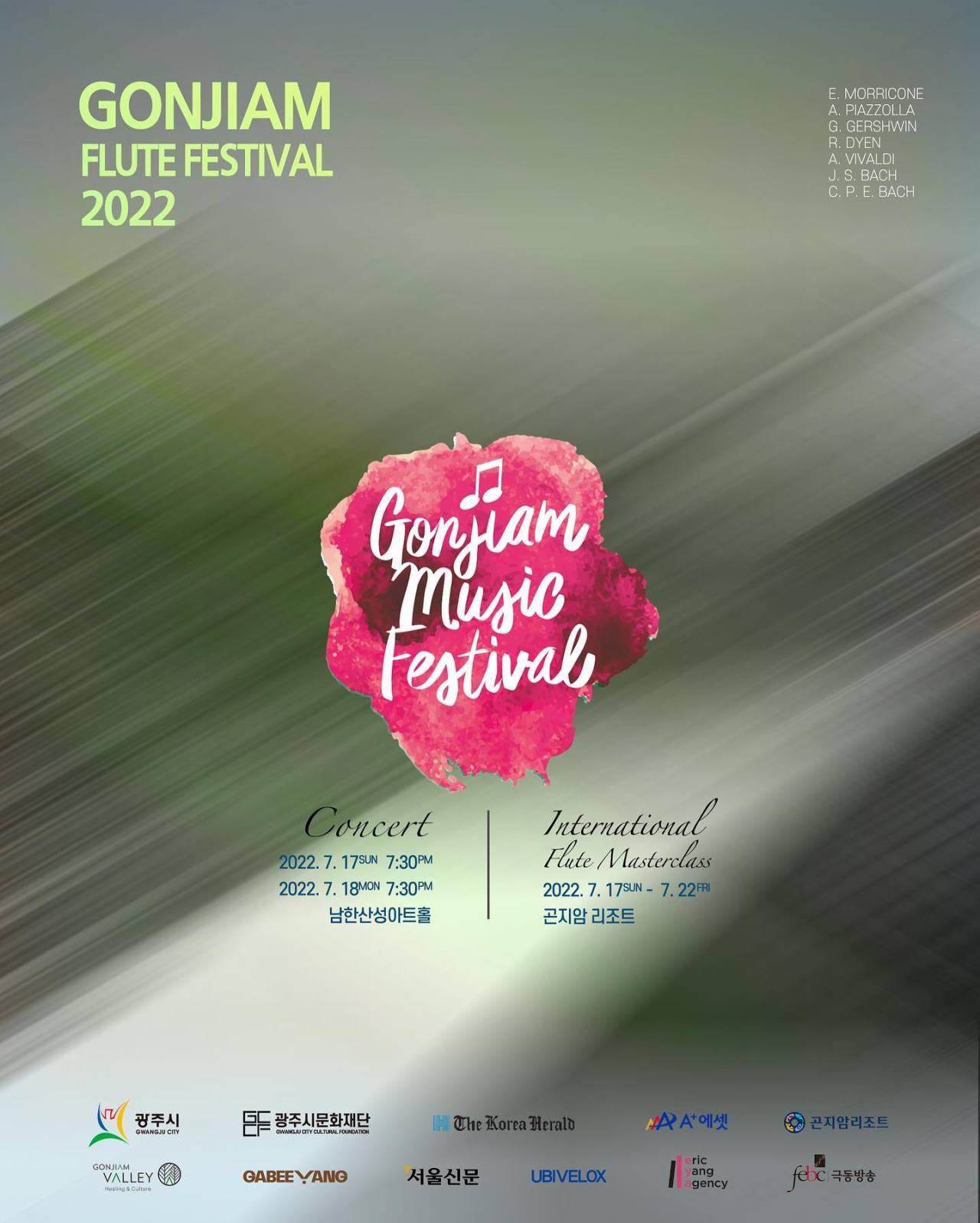 Gonjiam Music Festival, an event to dedicated to flutes, is coming back on July 17 after two years of pandemic-related hiatus, its organizer said on Monday.

From July 17 to 21, the festival offers two concerts and master classes in Gwangju, Gyeonggi Province, with participation of musicians from Europe, Japan and Korea.

For a concert on July 17, themed cinema, Orchestra The Original conducted by Adriel Kim will perform a familiar repertoire that an audience of all ages can enjoy including Piazzolla’s “Oblivion,” Morricone’s “Cinema Paradiso” and Rachmaninov’s “Vocalise.”

Some 80 domestic and international students will participate in a master class led by Swiss flutist Philipp Jundt at Konjiam Resort from July 17 to 21.
Founded by flutists Paik Soo-hyun and James Galway in 2016, the event aims to grow into a global flute festival and to form a network for the next generation of musicians.

“It wasn’t easy to put together everything in four months, but there was much support from many people and companies, which is very meaningful,” Paik told The Korea Herald on Monday. “Many musicians and students are visiting Gonjiam each year for this growing festival. I think it has a great potential to become an internationally renowned music festival.”