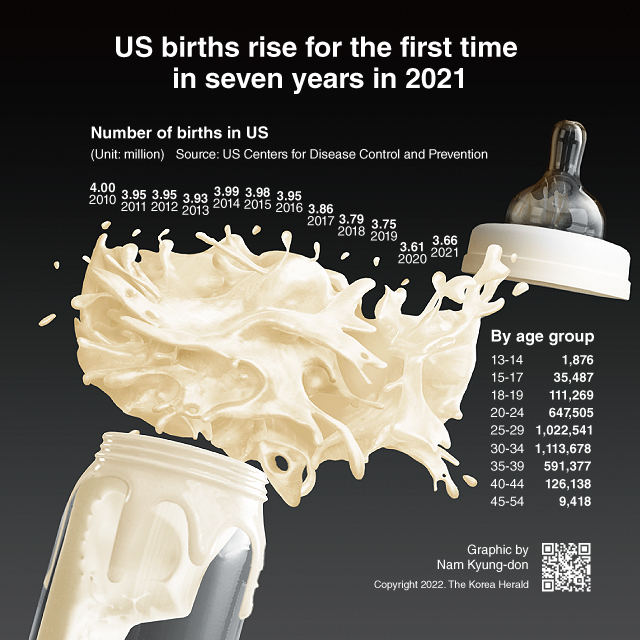 The number of births in the United States grew 1 percent in 2021 from a pandemic-related low in 2020, marking the first increase since 2014, according to a report by the US Centers for Disease Control and Prevention.

The report said that 3,659,289 babies were born last year, with the increase driven by women between 25 and 49 years. Women aged 35 to 39 accounted for the biggest rise, while the birth rate among teenagers hit a record low.

Americans had the lowest number of babies in more than four decades in 2020.

The CDC analyzed birth records which it received for the 12 months of 2021 as of Feb. 10, 2022. The records represent nearly all of registered births occurring in the country last year, the agency said. (Reuters)