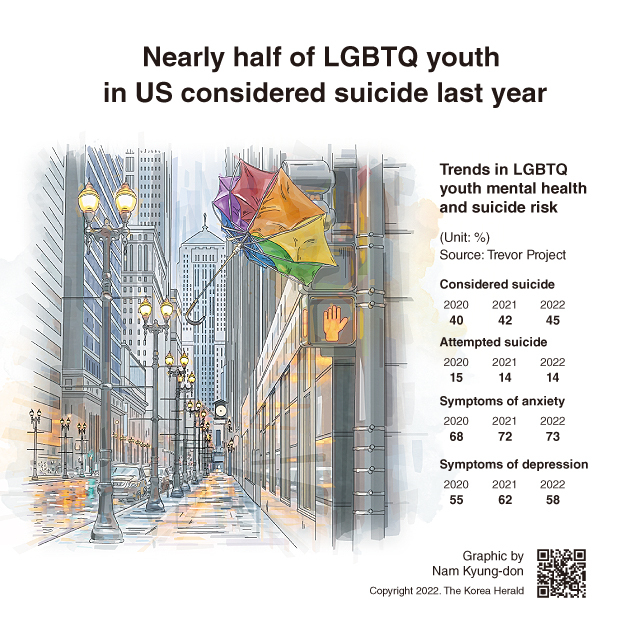 Nearly half of LGBTQ youth aged 13 to 24 in America seriously considered committing suicide last year, according to a survey released.

The poll of nearly 34,000 people was conducted by The Trevor Project, a non-profit that works to prevent suicide among young people in the LGTBQ community.

The study found that 45 percent of respondents said they seriously considered suicide last year, and that 14 percent tried to commit suicide. (AFP)