[Graphic News] Most people in US want masks for travelers: poll 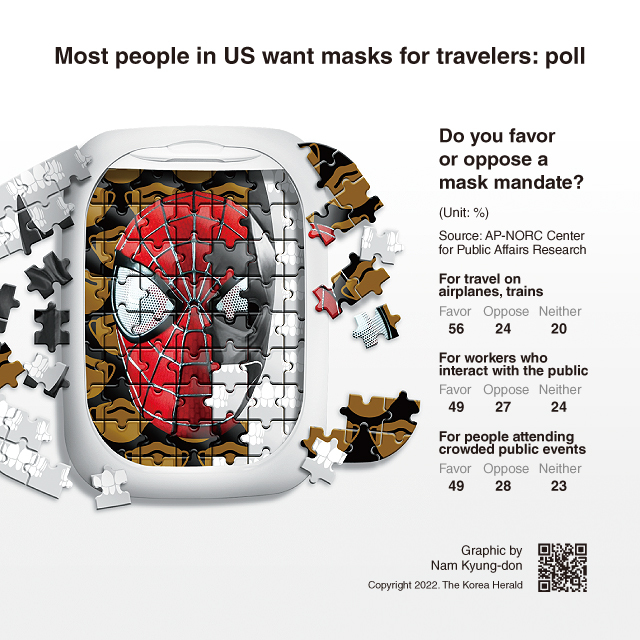 A majority of people in the United States continue to support a mask requirement for travel on airplanes and other shared transportation, a poll finds. A ruling by a federal judge has put the government’s transportation mask mandate on hold.

The poll by the Associated Press-NORC Center for Public Affairs Research finds that despite opposition to masks that included verbal abuse and physical violence against flight attendants, 56 percent of those surveyed favor requiring people on planes, trains and public transportation to wear masks, compared with 24 percent opposed and 20 percent who say they are neither in favor nor opposed.

Interviews for the poll were conducted April 14-15, shortly before a federal judge in Florida struck down the national mask mandate on airplanes and mass transit. Airlines and airports immediately scrapped their requirements that passengers wear face coverings, and the Transportation Security Administration stopped enforcing the mask requirement. (AP)