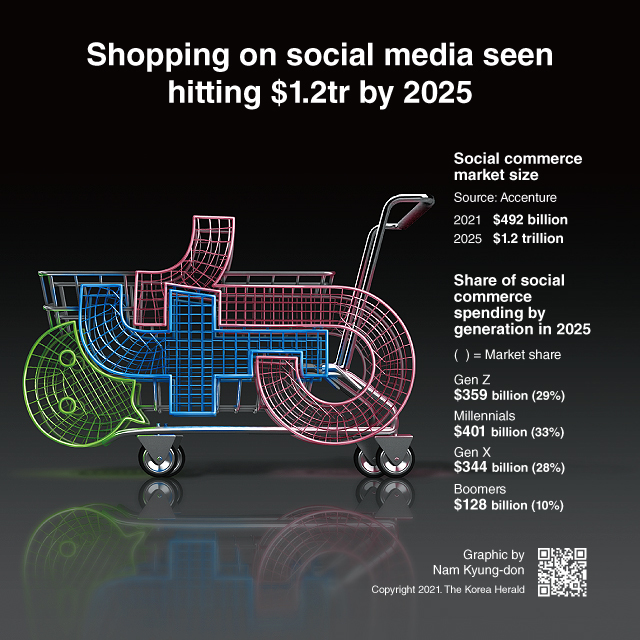 Shopping on social media such as Facebook, TikTok and WeChat is going to grow three times faster than sales from traditional channels over the next three years, according to a study released by Accenture.

Social commerce, defined as transactions that take place entirely within the context of a social-media platform, will reach $1.2 trillion by 2025, up from $492 billion in 2021, the consulting company said in the report. The trend is being driven primarily by Gen Z and millennial consumers, who are expected to account for 62 percent of the spending.