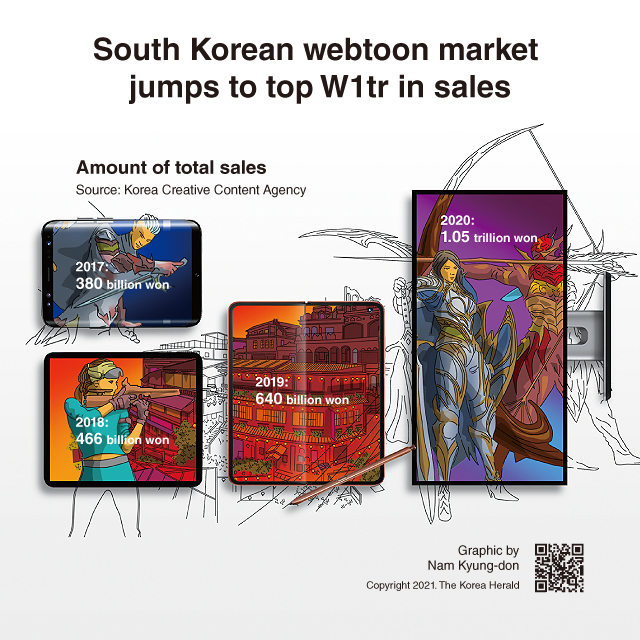 The total sales of the local web-based comic market amounted to 1.05 trillion won in 2020, up 64.6 percent from a year earlier, according to the data by the Culture Ministry and the Korea Creative Content Agency.

It is the first time that the annual industrywide sales surpassed the 1 trillion-won threshold since 2017, when the ministry started to compile the data on comics being read on smartphones.