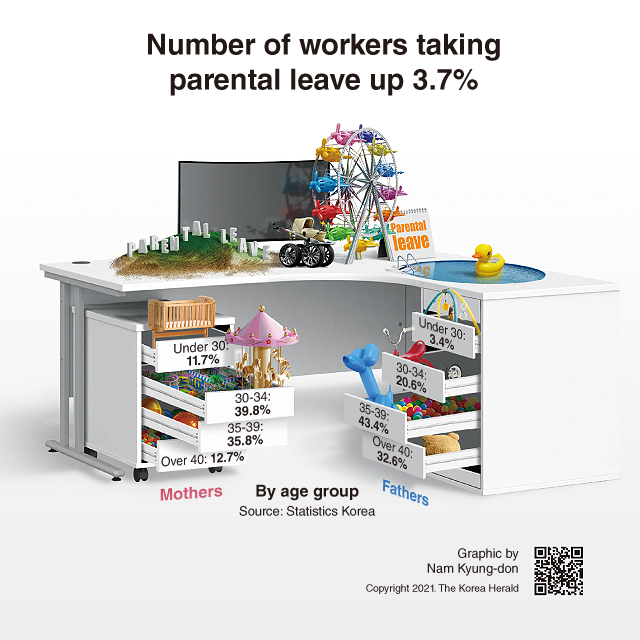 The number of South Korean workers who took time off to take care of their children rose 3.7 percent in 2020 from a year earlier amid more government support for parental leave, government data showed.

A total of 169,345 workers took parental leave to take care of their children in 2020, up 6,089 from the previous year, according to the preliminary data from Statistics Korea.

The figure was approximately 2.3 times the number 10 years earlier.

Women accounted for 77.3 percent of the workers on parental leave, far outnumbering their male counterparts.

Yet the percentage of male workers was 19.6 times more than a decade earlier, and the number of women who took maternity leave rose 1.8 times over the cited period. (Yonhap)