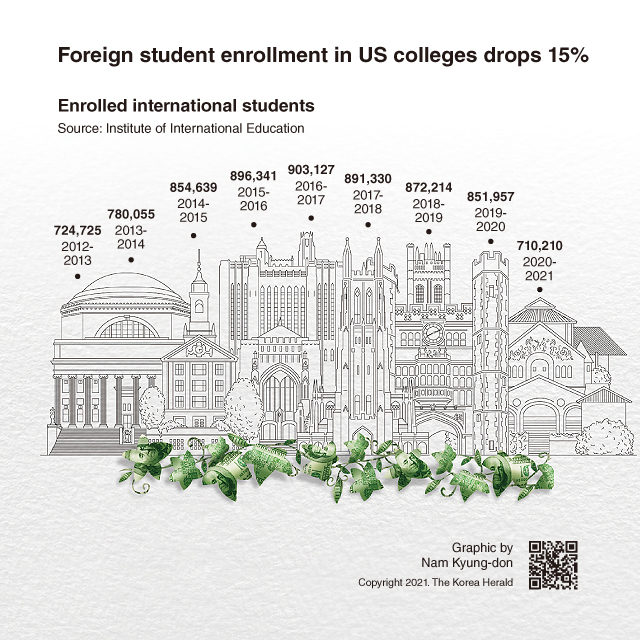 Enrollment of foreign students in US colleges and universities plunged 15 percent in the 2020-21 school year even though American institutions remain in high esteem, research showed.

Fewer than 1 million foreign students enrolled for either online or in-person classes at US universities in the 2020-21 school year, marking a 15 percent year-over-year decrease from the previous school year, according to data from the Institute of International Education analyzed by the Pew Research Center.

It also marked the first time since 2014-15 that fewer than 1 million international students have enrolled at US institutions, historical IIE data showed.

Despite the slowdown, a median of 59 percent of adults across 16 advanced economies still describe American universities as either the best in the world or above average relative to those in other developed nations, according to a Pew survey.

The declining foreign enrollment was driven by sharp drop-offs in first-time students coming from South Korea (down 21 percent year-over-year), China (down 15 percent) and India (down 13 percent), according to the IIE‘s latest Open Doors survey, which included 3,000 US colleges and universities. (UPI)